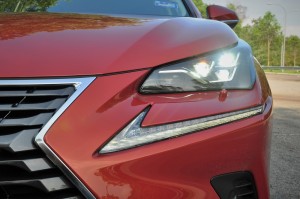 As a premium brand, Lexus is recognisable for more than its signature spindle grille, or its distinct L-shaped daytime running lights, or even its amazing LFA performance car, which 9 years after its production ended is still seeing demand. LFA owners tend to keep it for the long term, a solid testament to what the brand has managed to build. The Lexus brand has developed into one with a fine reputation for crafted detail, and practical reliability and engineering. It has managed to merge functionality with premium styling and refinement. 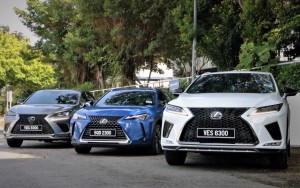 With the expertise gained over the years, Lexus has conceived a family of SUVs to cater to different preferences and occasions. From the trendy to business class plushness to a flagship carrier for the family, Lexus serves each purpose in deluxe comfort. Its SUVs benefit from having improved visibility and versatility coupled with the refinement and comfort found in its sedans.

Starting with the most compact of the lot, the Lexus UX aims to stir up the game for its segment. The UX is designed and built from the ground up with a new platform that offers drivers the attributes and versatility of an SUV with the sleek and elegant styling of a hatchback. 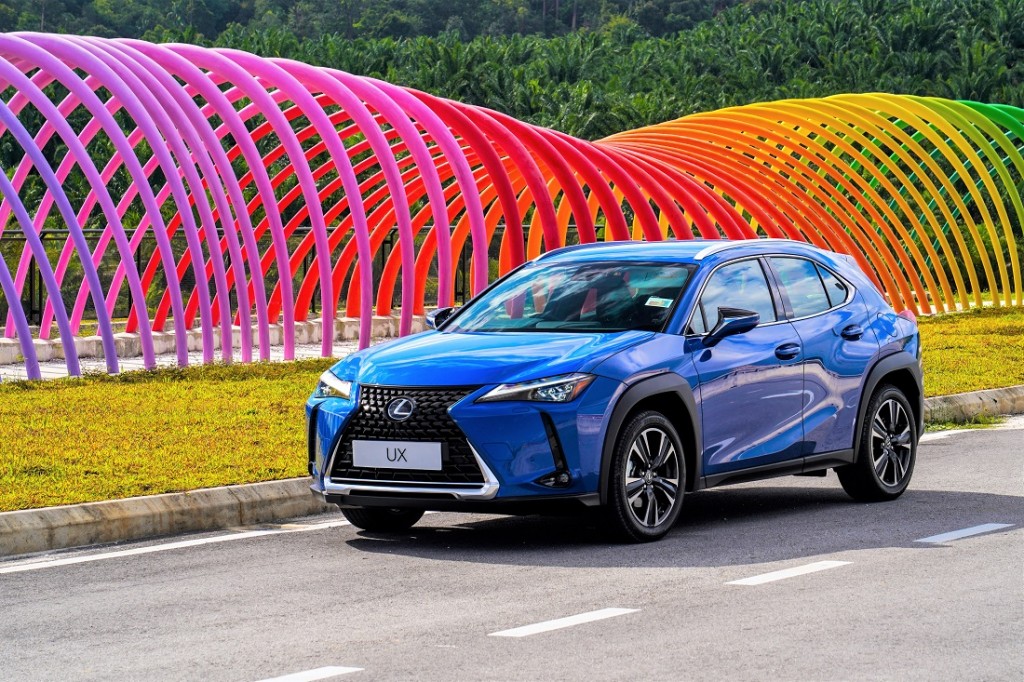 Because of this, it differs from its bigger siblings, carving out its own identity. For example, its illuminated vent controls are a world’s first – lighting the air vents wirelessly via electromagnetic resonance. Furthermore, its cabin bears the hallmark of Japanese artistry and hospitality. From the use of Washi paper-inspired finish on trim to the Sashiko quilting on the upholstery, the UX exhibits the fine work of skilled Takumi craftsmen.

More than just style, the UX bears substance in practicality, like audio switches positioned at the base of the palm rest for more intuitive usability, a pop-up accessory socket that is only visible when needed, and its ‘Seat-in-Control’ concept adapted from the LC 500 Coupe for an exceptional driving experience. 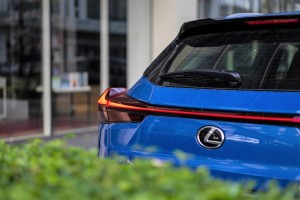 The UX is built for urban driving, with its neat dimensions enabling easy parking and manouevring. The rigours of city roads are easily dispatched with by the refined suspension to offer its occupants a comfortable ride. 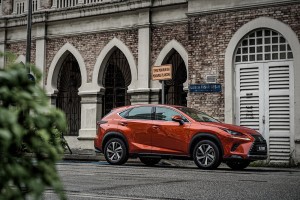 The UX’s larger sibling, the NX, is another urban warrior, developed around the core concept of ‘Premium Urban Sport Gear’. This luxurious SUV is a next-generation Lexus that is designed to meet the mobility demands of city dwellers in a refined packaged equipped with advanced technologies.

Its sophisticated styling is matched by its turbocharged driving performance, with several driving modes to keep with the driver’s preference. The G-force Artificial Intelligence system ensures the optimum gear is engaged while the Dynamic Torque Control all-wheel-drive system ensures handling stability without sacrificing fuel efficiency. The sportier NX F SPORT variant further gets the addition of a Sport S+ mode for even more dynamic driving, as well as the Adaptive Variable Suspension. 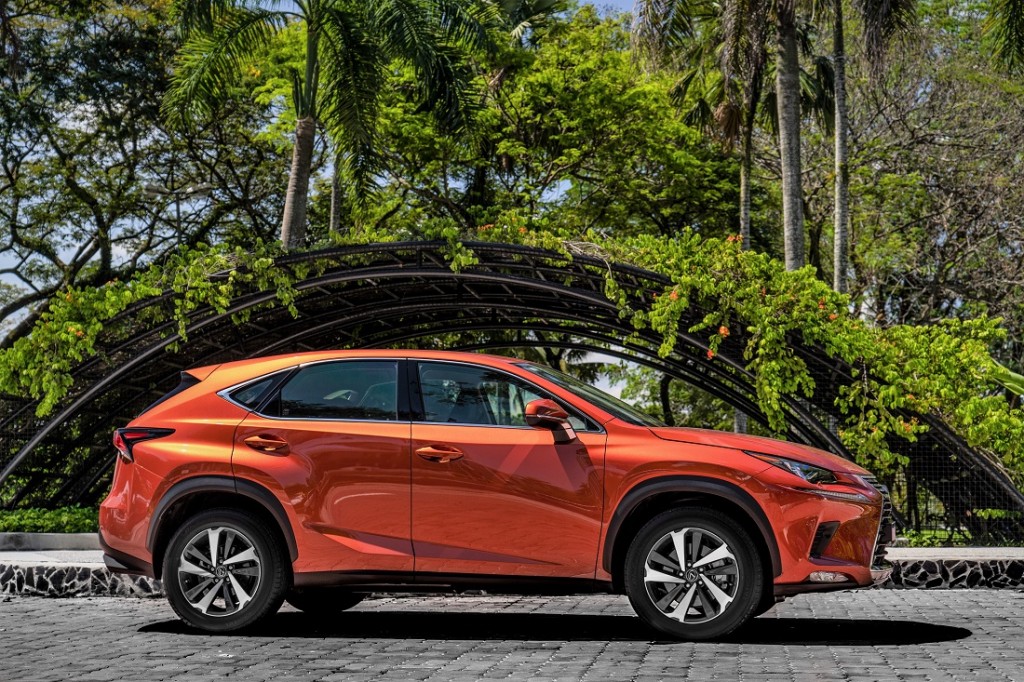 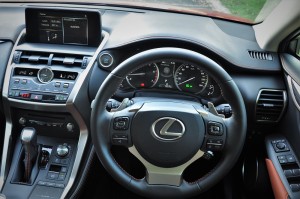 Moreover, the interior features an optimised Human-Machine Interface, with switches and controls within easy reach for greater intuitive interaction. The ‘command centre’ for the NX is the centre area of the dashboard where an 8-inch display panel is featured prominently. Meanwhile, the Remote Touch Interface (RTI) has also evolved to become even more intuitive and user-friendly.

Similar to the UX, the NX is a practical vehicle. Both deliver on the ease of entry and exit for its occupants. The cargo areas are also devised purposefully for easy loading and convenient storage, whether it be golf bags or shopping bags.

Moving up the hierarchy one will find the RX and LX. The RX is a core model for Lexus. As one of the most popular SUVs in the market, its impact on the luxury SUV segment is undeniable. The RX represents Lexus’ promise of delivering finely crafted, imaginative, and luxurious performance-driven vehicles to discerning drivers who expect a refined and pleasurable drive. 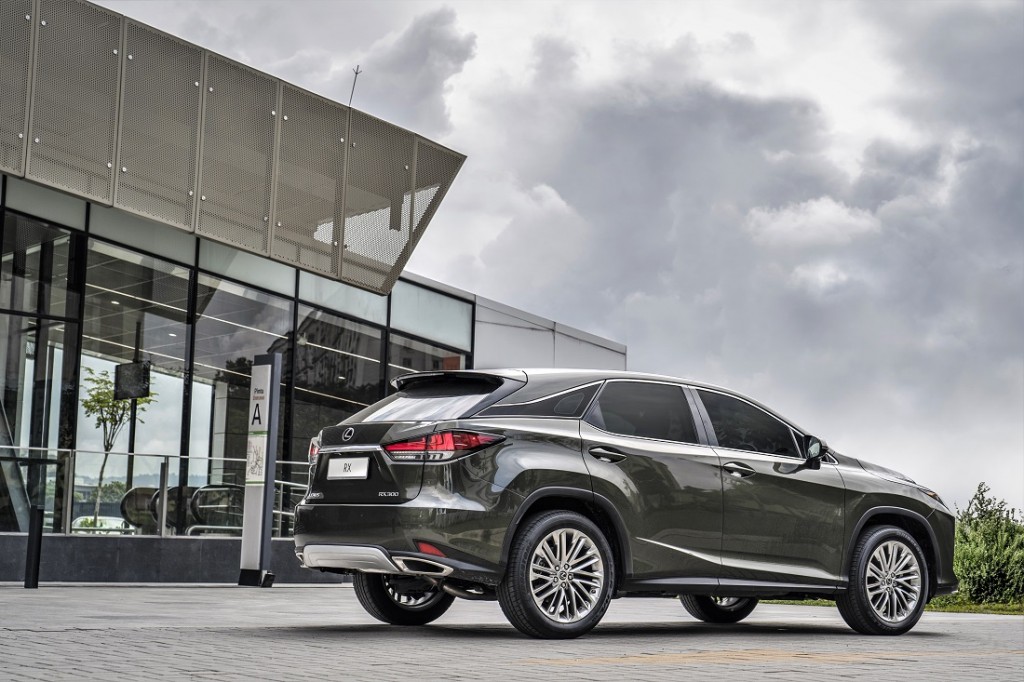 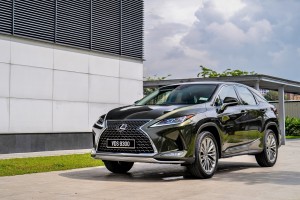 Occupants are spoiled with plush seats upholstered in semi-aniline leather which shows off the hide’s natural surface. Other creature comforts include reclining rear seats, a multimedia touchscreen system with Android Auto and Apple CarPlay connectivity, USB ports in the front and rear, as well as wireless charging to keep you on the go.

For safety, the RX is fitted with the world’s first BladeScan-type Adaptive High Beam System, which produces a wider illumination area to allow the driver to maintain the headlamps on high beam mode, without dazzling oncoming or preceding vehicles.

If you desire more – more luxury, more space, more power, the flagship Lexus LX may be the one. Its luxurious cabin is built to offer a plush environment where you can find solace. Armed with a 19-speaker Mark Levinson sound system, seat back-mounted 11.6-inch screens, a cooler in the central console, as well as powered and ventilated rear seats, the LX provides an escape from the hustle.

Speaking of which, the LX is capable of its own hustling. Its powerful V8 engine is able to take you places quickly. The four-wheel-drive system also means you can dispatch with some quick off-roading, particularly with its Adaptive Variable Suspension and off-road modes such as Active Height Control, Multi-Terrain Select and Crawl Control. There is even a Multi-Terrain Monitor with which the LX occupants can view the surrounding conditions from the comfort of their air-cooled seats. 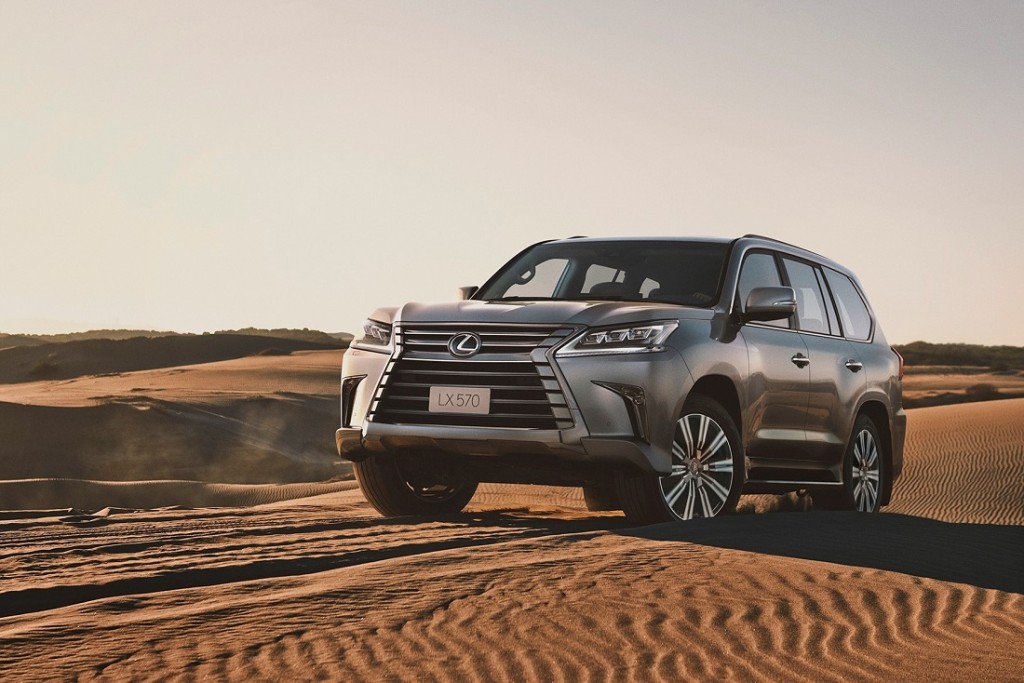 Additionally, this full-size 8-seater SUV is capable of keeping your family safe on the road, with the inclusion of Lexus Safety System+. Among the standard features are Pre-Collision System, that determines if a frontal collision is imminent and will initiate evasive braking action; Dynamic Radar Cruise Control; Lane Departure Alert; and the Adaptive High Beam System which precisely controls the headlights’ LEDs for exceptional night-time visibility without distracting other drivers. 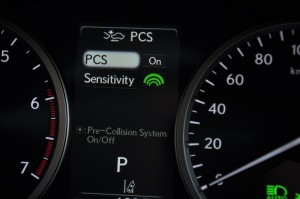 Like the LX, the other Lexus SUVs are also fitted with Lexus Safety System+ so you can drive with greater peace of mind. Key features of the LSS+ include the Pre-Collision System, Lane Tracing Assist and Lane Departure Alert, advanced Dynamic Radar Cruise Control with Stop & Go Function which can vary the cruising speed when necessary to maintain a safe gap with vehicles ahead, and the Adaptive High Beam System. Other notable features include Active Cornering Assist, Parking Support Alert, Blind Spot Monitor and Rear Cross Traffic Alert. 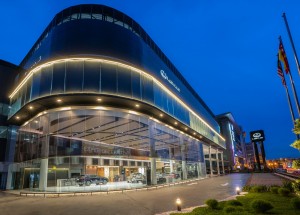 Head over to a Lexus Center near you to find the SUV that suits your lifestyle. You can also find out about exclusive deals from the sales representatives. Further, an exclusive Lexus Touch ‘n Go card will be given out after a test drive (while stocks last). Each Lexus is covered by a comprehensive 5-year unlimited mileage warranty and a complimentary 3-year Lexus Assist membership.