Season 3 of the Toyota Gazoo Racing (TGR) Festival will start in September 2019, simultaneously kicking off the third season of the Toyota Vios Challenge. 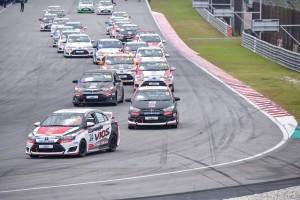 For those who had missed it, the Toyota Vios Challenge is a one-make race done on specially-constructed street circuits. Season 2, which ended a few months ago in April, was the first time the finale was raced at the Sepang International Circuit, and Season 3 looks to be the same; the first three rounds will be raced on street circuits.

Season 3 will also feature racing off the track with the continuation of the Gazoo Racing Velocity E-Sports series. First introduced in September last year, the competition successfully attracted more than 400 participants for virtual wheel-to-wheel racing. 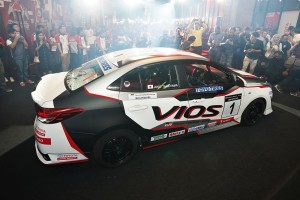 “Toyota has accomplished so much in motor racing and we want to bring enthusiast and customers closer to the Toyota brand and products by leveraging on Toyota’s rich motorsports heritage. The TGR Festival was never about just selling more cars, but celebrating the success of Toyota and Gazoo Racing in global motorsports, from the Dakar Rally and World Rally Championship to the most recent victory in the 24 Hours of Le Mans, and translating these achievements to benefit the masses domestically,” said Mr Akio Takeyama, Deputy Chairman of UMW Toyota Motor.

“With Gazoo Racing, Toyota’s global direction is pushing the limits via its involvement in motorsports, and this is translated into building better products and shaping the strength, capability and creativity of its workforce. We embrace this philosophy in our business domestically, and now with models like the Vios, Yaris, and soon to be available Supra, we believe UMW Toyota Motor has the right product mix locally to establish an even bigger footprint in Malaysian motorsports,” he added.

This initiative by UMW Toyota Motor to organise the TGR Festival has not only brought motorsports to the masses in places like Penang, Terengganu and Johor, and also made an affordable racing series for amateur and professional drivers in the form of the one-make Vios Challenge.

Season 2 of the Vios Challenge saw a 14-year-old competitor successfully transitioning from karting to saloon car racing, making the TGR Festival an attractive platform for young drivers to hone their skills in the pursuit to reach the higher levels of motorsports. 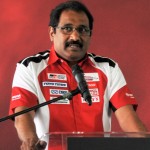 UMW Toyota Motor President Mr Ravindran K. said the TGR Festival is in essence an extreme proving ground to demonstrate the capabilities of Toyota cars, especially introductory models like the Vios. “Manufacturers today share the goal of building cars that are practical, affordable, economical, reliable and packed with technological advancements. For Toyota, it is equally important that our products not only fulfill these expectations, but live up to the most enduring conditions, offer customers a high degree of driving satisfaction, performance and ownership excitement,” he said. 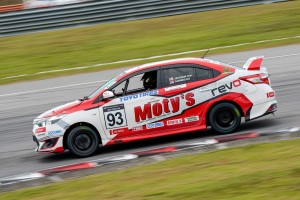 Mr. Ravindran K. also pointed out that the combination of on- and off-the-track racing activities, together with the showcase of the Gazoo Racing Outlet and Gazoo Racing Supra underlined the company’s aspiration to establish a bigger footprint in Malaysian motorsports moving forward.

“Motorsports is not purely confined to competition but involvement at so many levels. It is also about cultivating greater interest, passion and appreciation and we believe the combination of on track racing, virtual racing, motorsports-inspired and derived models, and bringing the spectacles of motor-racing closer to the people will contribute to giving Malaysian motorsports a further boost,” he added. 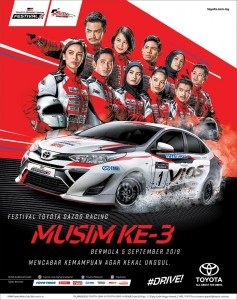 Season 2 of the TGR Festival attracted more than 80,000 race fans, 1.1 million online viewers, and saw the crowning of three new champions in the Promotional, Sporting and Super Sporting classes.