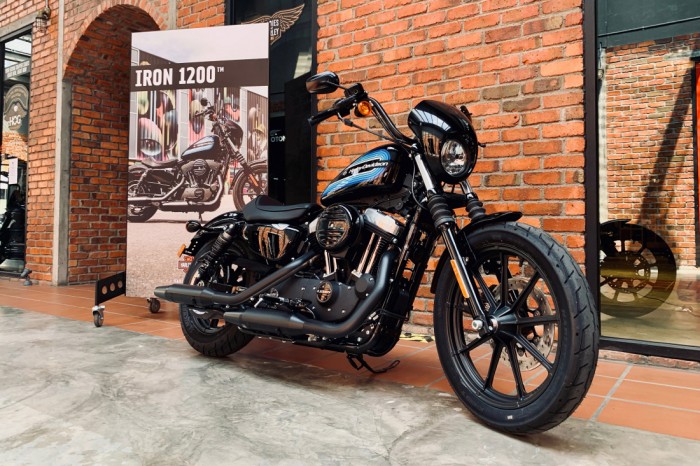 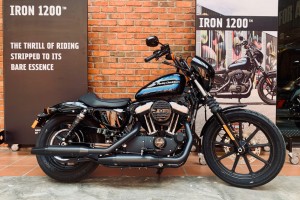 Harley-Davidson of Petaling Jaya has introduced its Iron 1200 Sportster motorcycle with a combination of custom bike look with the performance of its Evolution 1200 V-Twin engine. Since 1957, the Sportster models have been constantly reimagined – as a bobber, chopper, scrambler or cafe racer, by Harley-Davidson as well as the bike owners. 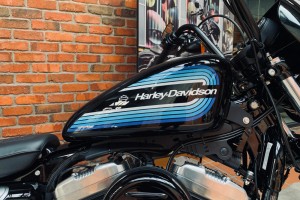 The Iron 1200 comes with new graphics on its 3.3-gallon (12.5 litres) fuel tank that combine bold colour stripes with a formal typeface, which were popular in the 1970s. The fuel tank colour options include Vivid Black, Twisted Cherry and Billiard White, contrasting with the Vivid Black speed screen.

The satin-black Mini Ape handlebar is formed to open the rider triangle with a fist-in-the-wind posture. The fast-back Cafe Solo seat is shaped to hold the rider in position upon acceleration. 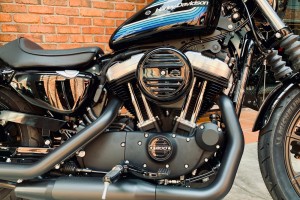 The Iron 1200 is powered by a 1,202 cc Evolution 1200 V-Twin air-cooled  engine with about 58 hp and 72 Nm of torque (approximately 36% more than the 883 engine in the Iron 883). The entire powertrain is styled in the popular combination of black upper and lower rocker boxes, black exhaust and muffler shields, black timer, primary and derby covers. Chrome pushrod tubes and tappet covers are the only brightwork and highlight the V-Twin engine shape. The Iron 1200 also wears 9-spoke all-black cast aluminium wheels (19″ front, 16″ rear), and a solid black belt guard and rear sprocket.