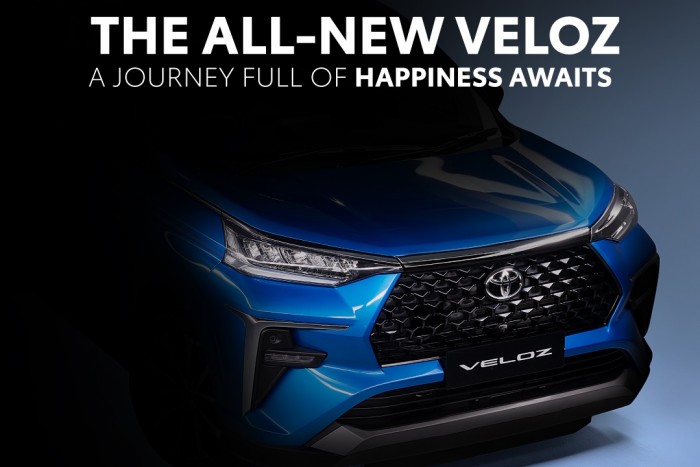 There are no surprises now as UMW Toyota Motor (UMWT) had revealed images of the new Toyota Veloz when it announced the acceptance of bookings. Thus far, its dealers had received about 5,200 bookings for the Veloz 7-seater MPV which is pending an official launch. 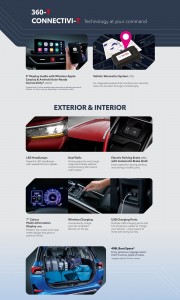 “The team at UMW Toyota Motor is extremely grateful for the strong support and we are working around the clock to intensify production to ensure delivery to new car owners”, commented UMW Toyota Motor President Ravindran K.

“The introduction of the Toyota Veloz will be a significant moment for us and we are confident it will be popular among Malaysians with its value for money premium offerings, advanced features and of course, the renowned Toyota quality and reliability. We are working very hard to provide the right packages for our customers. It is our way of going the ‘Extra Mile’ by giving high priority and attention to our customers’ needs through our sales and after-sales offerings,” he added. Indications point to a more premium offering in terms of features and specifications than the related Perodua Alza, such as wireless Apple CarPlay, wireless charging, roof rails, and possibly tilt & telescopic steering.

Additionally, UMWT announced that it will be introducing the updated Innovative International Multi-Purpose Vehicle (IMV) models i.e. Toyota Fortuner and Hilux (in September) and Toyota Innova (in October). Toyota dealerships are already accepting orders for the improved IMV series.

“With the 3 improved vehicles, we are confident that we will be able to capture a strong demand from customers in both Peninsular and East Malaysia, at the same time increase our market share for this year,” added Ravindran K.

In conjunction with the 2022 Merdeka and Malaysia Day celebrations, UMWT will showcase the freedom and flexibility that Malaysians can expect throughout their Toyota ownership journey. The carmaker will be offering value-added packages to its customers nationwide with great deals worth up to RM4,000 on selected variants of the Vios and Yaris. The promotions are happening now and will last until the end of September at all authorised Toyota outlets.