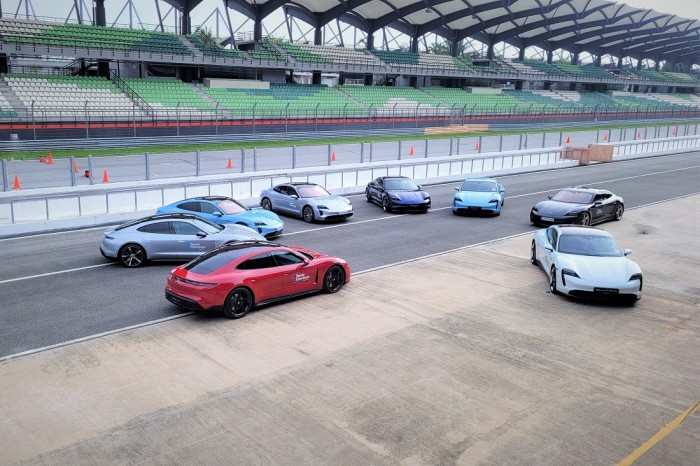 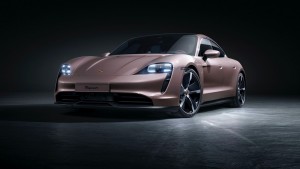 The Porsche Taycan is not the first electric car in the market. And neither is the Tesla Model S. The Flocken Elektrowagen from the late 1880s is largely credited as the OG, although there were others which came before it (you can look this up). Electric cars were the preferred choice back in the futuristic 19th century, and it is not difficult to figure out why.

There was no engine to physically crank up, and they were not the smokey, smelly, noisy, shaky machines that gasoline-powered “motorised carriages” were. But the trouble with science and engineering is that it could change things, sometimes for the better. That is what happened with the internal combustion engine (ICE) and the motor car. The electric starter and more efficient production suddenly made gasoline-powered cars more affordable and accessible. And this was the start of generations of people growing up with the love of the growl of combustion, unlike their forefathers who liked the whirring of “modern” electricity. The popularity of ICE cars was helped no less by the WW2 veterans who returned home with much mechanical knowledge and sparked the hot rod scene.

But like fashion, which recycles itself, the electric car is back. And like it or not, the days are numbered for the widespread use of the internal combustion engine. Porsche, which made a tradition out of building iconic sports cars with petrol-fueled boxer engines, is looking to take charge again in this aspect. The Taycan may be the first electric car for the company, but Ferdinand Porsche had created the “P1” a.k.a. Egger-Lohner C.2 Phaeton in 1898 for another company (the P1 was even entered in a race of EVs and won by a comfortable margin). 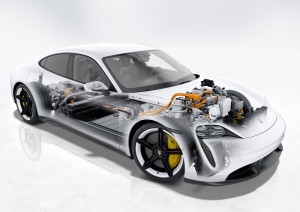 The Porsche Taycan however, is a long way away from the blistering pace of the 3 hp P1 (overboost saw an incredible increase to 5 hp). Malaysia gets 4 Taycan variants with varying performance figures (not including the new Taycan Cross Turismo which is open for pre-order) i.e. Taycan (408 PS), Taycan 4S (530 PS), Taycan Turbo (680 PS) and Taycan Turbo S (761 PS). These are overboost figures. The additional Performance Battery Plus pack would send the numbers up for the Taycan and Taycan 4S; it comes standard for the top 2 variants. To relate these power figures to road performance, the respective 0 – 100 km/h times (with Launch Control) for each are: 5.4s, 4.0s, 3.2s, and 2.8s. Yes, we also know it is odd to use ‘Turbo’ in electric nomenclature but it offers familiarity to Porsche fans.

Numbers on paper is one thing, but how do they apply to the real world? Well, if you have not driven an electric car before, it can sound disconcertingly quiet. Unless you engage Sport Plus mode which generates an artificial sound, it would mostly be an electric whine and some road and wind noise you hear.

Furthermore, unlike a conventional car, maximum torque from an electric motor can be considered instantaneous so put pedal to the metal only when you mean it. Because you will feel what you mean. The permanently excited synchronous motor will provide you some exciting acceleration performance, as the G-force from full-on acceleration pins you to the seat. You will also feel the blood leave the front of your face and a stirring of emotions afterwards. Running around Sepang, the car feels almost docile around the corners despite being driven at speed, thanks to a combination of rear axle steering, Porsche Active Suspension Management and a whole lot of fine engineering. But make no mistake, this is still a Porsche and one knows what a Porsche is capable of. Although I feel that this amount of computing and engineering prowess have moved the bar for the ‘driving idiot’ further, there are also mitigating safety features such as good braking performance and inconveniently costly workshop time.

There are only 2 gears controlling the Taycan’s power – one for acceleration, and another for efficient high speed cruising, differentiating it from other EVs with a single gear. And although Porsche claims that exciting 0 – 100 km/h acceleration can still be done with battery level at under 50%, I would assume Taycan owners will not be scorching tarmacs and laying rubber all day, every day. Once they know how fast their car can go, they would also want to know how far their car can go. Officially, the WLTP test results show that the base Taycan has a driving range of up to 431 km which can be boosted to 484 km by the optional two-deck Performance Battery Plus pack. Similarly, the Taycan 4S can do 407 km or 463 km with the optional pack. Meanwhile, the Taycan Turbo and Turbo S can drive up to 450 km and 412 km respectively with the additional battery pack as standard fit. 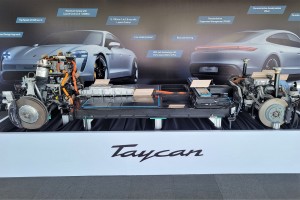 Because of new technological developments, these range numbers are much better than the 80 km driving range of the P1 / C.2 Phaeton from the good old days, which had performed far better than gasoline-powered vehicles of its time. For better usability, Porsche opted to use a 800-volt system in the Taycan making it the first production electric vehicle to use a system higher than the standard 400 volts. This gives the Taycan the advantage of getting a full charge in just over 36 minutes (via a 175 kW direct current (DC) charger). Potentially, the battery can get from 5% up to 80% SoC (state of charge) in as fast as 22.5 minutes. An 80% charge would give you a potential driving range of about 390 km. Moreover, it takes only 5 minutes of charge to gain a range of 100 km. 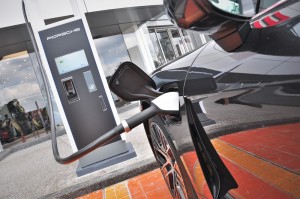 This means that with some planning, a long-distance road trip is not off the cards. In fact, Porsche is working with various parties to provide fast charging DC (direct current) chargers in various locations between Singapore in the south and Penang in the north to facilitate convenient long-distance travel. This is in addition to the charging infrastructure available at the Porsche Centres nationwide. At home, Taycan owners can comfortably charge their car with up to 11 kW of alternating current (AC), though this will take a little longer to fully charge the battery.

Whatever sentiments you have about electric vehicles, know that the world is shifting in a particular direction. This is similar to how a number of us threw flowery language at the mass replacement of the manual transmission. But in the end, we learned to live with it as a convenience; by the way, Porsche’s PDK automatic could shift a split second faster than a human hand and foot. Let’s also not get into the nitty gritty of ‘green credentials’ of raw materials, manufacturing and logistics. I believe these will sort themselves out eventually as EVs become more mainstream.

New technology developed and adopted by Porsche will eventually trickle down or be shared at a more mass market level. And for all intents and purposes, the Porsche Taycan remains a practical family-style sports car. But with a soul, electrified.