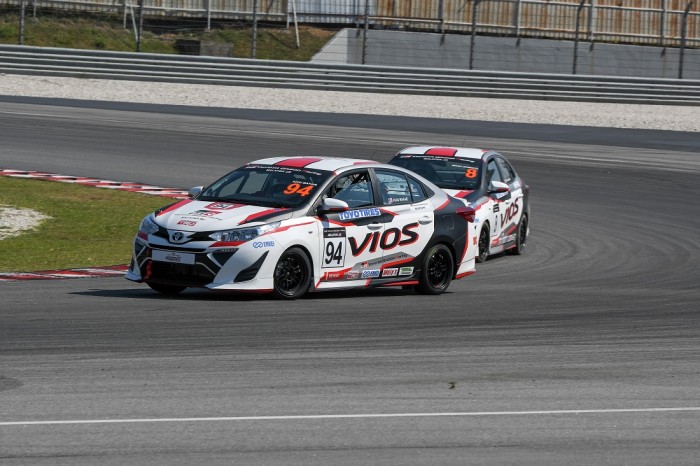 A new season of the Toyota GAZOO Racing Festival will start this weekend (27 – 28 March 2021) at the Sepang International Circuit. This will be the fourth successive season of the festival which included racing, celebrities, and entertainment for the whole family. This year however, the festival’s opening round will be closed to the public as current conditions require it to operate in a Sports Bubble to adhere to strict health and safety measures.

Fans of motor racing and Toyota however, can witness the action online through Toyota’s various media platforms. 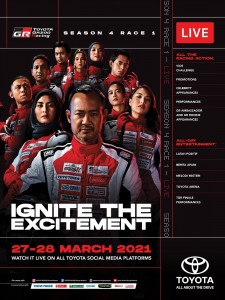 “The concept of the festival remains unchanged, only the manner in which it reaches out to the public in these extraordinary and challenging times. The Toyota GAZOO Racing Festival has primarily been about bringing motorsports to the masses and we will continue to do this,” said UMW Toyota Motor Sdn Bhd President Ravindran K.

The entire festival weekend will be livestreamed this weekend. Though there won’t be a crowd of visitors like previous years, the festival and races can now reach out to an even larger and wider audience, including racing fans outside of Malaysia.

“The people who have come to the Toyota GAZOO Racing Festival over the past three seasons have done so for many different reasons. Some come for the racing, others for the chance to spend time with their favourite celebrities, and there are those who are there for the so many different on-ground activities and attractions. Moving forward, it is imperative we continue with this even if it means going online, as this is what has fundamentally made the festival unique and a huge success,” he added. 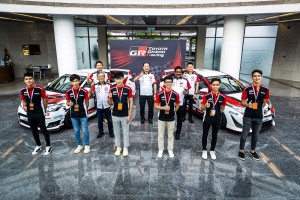 There will be four classes of racing this year, with the inclusion of the inaugural Rookie Class that will see six new graduates of the GAZOO Racing Young Talent Development Program stepping up from karting and simulator to race in saloon car racing. Meanwhile, the Promotional Class will field 10 popular local celebrities, three of whom are new faces; the Sporting Class will feature amateur drivers, and the Super Sporting Class for elite and professional drivers.

The race weekend will include three qualifying sessions, and six individual races. Fans who tune in will also get to follow pit lane insights and interviews with the racers.

Further, a new livestream entertainment segment i.e. TOYOTA GAZOO Racing OFFTHEGRID will make its debut. It will be anchored by the 10 local celebrities who are also racing in the Vios Challenge. 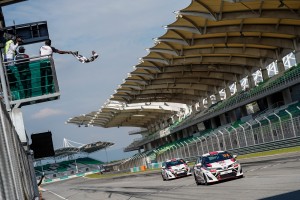 The celebrities include actor Shukri Yahaya, actress Janna Nick, presenter Nabil Ahmad, and singers Wany Hasrita, Nabila Razali and Khai Bahar who have raced in previous seasons. The three newbies to Season 4 are actor Zizan Razak, singer / songwriter Talitha Tan, and television personality Ahirine Ahirudin. All will be competing in the Promotional Class except for beatboxer and two-time Promotional Class champion, Shawn Lee, who now moves up to take on the big boys in the Sporting Class for amateurs.

In a segment called Jom Duet Bersama Khai Bahar, Wany Hasrita and Nabila Razali, fans are invited to participate in an acting and singing duet challenge with the best submissions to be aired during the live stream.

Meanwhile, two of Malaysia’s leading comedians Nabil Ahmad and Zizak Razak will also join forces for Latah Positif and Berita Apani, to give viewers a quirky insight into the festival. In Melodi Misteri, celebrities will take turns to sing out loud a song that only they can hear while wearing a racing helmet and fans will have to guess the song that is sung.

Fresh from completing their Sijil Pelajaran Malaysia examination, two rookies Amer Harris and Mika Hakimi will host Did You SPM?, where they will ask racers, mechanics and race officials random SPM questions in a test of wits.

Ending the livestream broadcast on Saturday and Sunday will be a live performance by the celebrities.