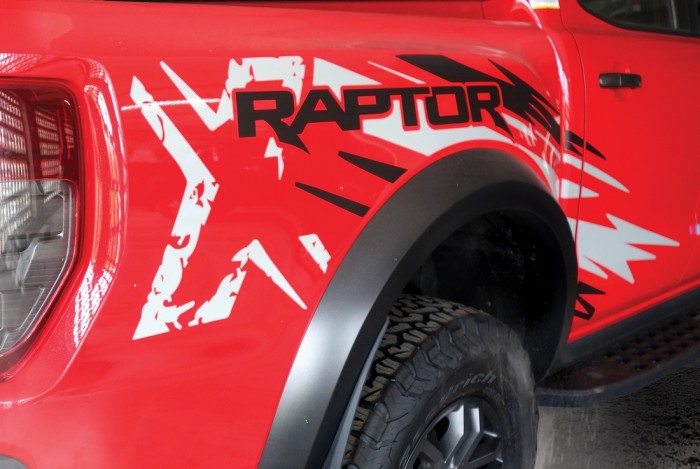 The Ford Ranger Raptor X Special Edition in exclusive True Red in now available in Malaysia. Introduced by Sime Darby Auto ConneXion (SDAC), the sole distributor for Ford in Malaysia, this is the first Red Raptor to be introduced in the local market. 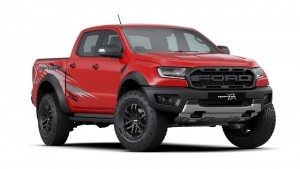 The Ranger Raptor was first introduced in Malaysia at the end of 2018. It is Asia Pacific’s first and only factory-built high-speed off-road performance truck and is designed to thrill even the most hardcore extreme adventure enthusiast, right off the dealership lot.

With learnings gained from Ford’s F-150 Raptor, the Ranger Raptor’s unique chassis frame had been newly-developed and extensively modified for high speeds and endurance off-road. Its race-bred suspension has also been specifically crafted to tackle the toughest terrains, smoothing out jumps, bumps and ruts. No other production truck in Malaysia features the legendary FOX Racing Shox and a huge ultra-strength bash plate as standard equipment. 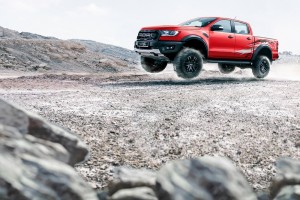 Further, its cutting-edge Terrain Management System offers six preset driving modes to conquer virtually any terrain, at the turn of a dial. Inspired by the Baja 1000 Desert Race, the famed Baja Mode dials down traction, improves responsiveness and shifting speed, and optimises the Ranger Raptor for high-speed off-roading.

Performance-wise, the Raptor delivers 213 PS of power and 500 Nm of torque which travel through Ford’s latest 10-speed automatic transmission with PaddleShift technology.

“With its Ford Performance DNA, Ranger Raptor is undoubtedly the ultimate and only performance pickup truck in Malaysia that has been perfected for everyday urban use in addition to commanding the harshest off-road terrains at thrilling speeds. With this Special Edition, we hope to inject excitement into our lineup of well-loved Ranger vehicles,” said Turse Zuhair, Head of Sales, Sime Darby Auto ConneXion.

Additionally, the Ranger Raptor X Special Edition comes standard with a 360° camera to provide real-time visibility of the area surrounding the vehicle for easier manouevring. It also features a dual channel Kenwood Digital Video Recorder (DVR) that offers a range of functions, including Quad high-definition (HD) recording, wide-angle viewing, night view recording, a built-in polarised filter and Mobile App connect via hotspot. Compatible with both Apple iOS and Android, the DVR comes with a 32GB memory card which allows drivers to record their adventures or as a safety feature. 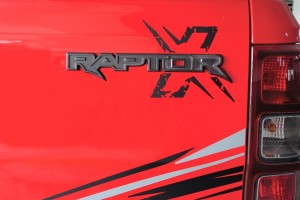 The Ford Ranger Raptor X Special Edition is covered by the new 5-year manufacturer’s warranty (or 160,000 km, whichever comes first). All Year Make 2021 Ranger models onwards are covered by the same and is aimed at providing better value to new Ranger owners.

To know more about the Ranger Raptor X Special Edition, visit any of the 40 authorised Ford showrooms nationwide or www.sdacford.com.my. Alternatively, you can start a live chat with an SDAC representative on WhatsApp (+6019 204 1200) from Monday – Friday, 10 am – 7 pm and Saturday, 10am – 2pm (excluding public holidays).