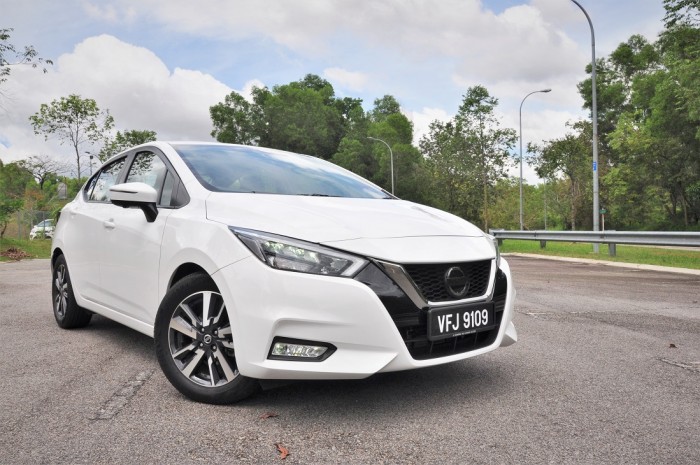 There is no denying that it is only natural to compare the new with the old, but in the case of the new Nissan Almera Turbo, it can be quite a stretch. The two cars are built with different objectives. The previous Nissan Almera provided consumers with a relatively spacious B-segment Japanese sedan at an affordable price. But while it had a unique selling point for being affordable, and was a popular choice, it was often mocked for what it didn’t have.

But the new Nissan Almera Turbo comes to the market with a different set of propositions, giving consumers more tech, more features, and more safety. Yet for all that it now has, one can still wager that it will be mocked, as consumers are a picky and critical lot. But there are still many good things going for it.

We start off on the exterior, which now sports a less bulbous profile that gave the old Almera the head and leg room that was appreciated. The sleeker silhouette of the Almera Turbo still offers a good amount of cabin space for passengers but in a better proportioned body. However, even with the bigger 16″ alloy wheels, the Almera Turbo still looks like it could do with bigger wheels. But good financial sense needs to prevail at this price point.

The V-Motion grille gives the front a more dynamic and refined look. The grille is flanked by a pair of slimmer headlights, with boomerang LED DRLs in the range-topping VLT variant (our test ride), and halogen units in the lower variants. I have no major issue with cars using halogen; they are cheap and easy to replace on your own. The rear lights also gets the boomerang / V motif and use LEDs across the range.

Quite prominent on the nose of the car is the large, flat Nissan badge. This actually houses the radar for the Intelligent Forward Collision Warning (IFCW) & Intelligent Forward Emergency Braking (IFEB) features. The active safety features are also found in the lower variants, setting itself apart from class rivals which only spec the top variant with active safety.

As earlier mentioned, the cabin space remains spacious and functional despite a sleeker body profile; rear legroom is a comfortable 620 mm. Interior design is also more premium now, especially for the top VLT model. Quite prominent is the ivory-coloured faux leather finish on the dashboard. There is also faux carbon fibre trim on the meter binnacle and door armrests but at this price point, we don’t expect the genuine stuff. Still, the interior is a pleasing and comfortable space to be in. For convenience, the Almera has three USB charging ports, with one of these allocated to the rear. All controls are simple and intuitive, and the centre air vents don’t have the “frozen left hand” feature.

The top two variants get an 8″ touchscreen entertainment unit with Apple CarPlay connectivity. And for the driver, there is a 7″ full colour display to complement the analogue speedometer. This display displays various screens of vehicle and driving information.

Also used by the driver is the 1.0L HR10DET turbocharged 3-cylinder engine, a possible debate point for some. The use of this small turbocharged unit helps the Almera comply with Thailand’s eco car policy. With 100 PS and 152 Nm of torque going through an X-Tronic CVT, it isn’t exactly a powerhouse. BUT, it does satisfy the requirements of a large segment of drivers. And driving up certain mountain roads should not be an issue, unless you are in a hurry to get to the toilet.

The D-Step Logic software also tries to mimic the shifting feel of a conventional automatic. Further, there is a Sport mode you can engage for more immediate power, but otherwise the drivetrain is tuned to maximise fuel economy. Incidentally, the rated average fuel economy is 5.4L/100km based on the NEDC R101 test. During the test period, I managed an average of 6.7L/100km which included a lot of idling time for photography.

A feature of 3-cylinder engines is the imbalance due to the odd number of cylinders, which results in vibrations. From observation this vibration, though slight, can be felt from the driver’s seat when the engine is idling. But this goes away once you get moving. Overall, the noise, vibration and harshness factors are sufficiently addressed with the larger engine mounts and extra insulation. However, tyre noise starts to become more apparent once you breach 80 km/h but this should be solved by investing in tyres with softer compounds. 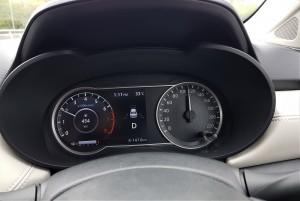 Acceleration in the first two gears are no issue and can get the Almera Turbo up to speed quickly in urban settings. Once you adapt to the turbo and gearbox character, the car is quite competent. The engine feels comfortable at the highway speed limit (and beyond, allegedly). At the highway limit, the engine rpm hovers just below the 2,000 mark, so a long distance cruise should net you frugal results, if you are into frugal results.

The cheapest Nissan Almera Turbo variant costs RM79,906 (the VLT is RM91,310), and is quite a bump up in price when compared to its predecessor. But the new Almera is also quite a bump up from the old when it comes to features, safety and refinement. Still, there will be critics who say it is not good enough. Certainly it is not perfect, nor the best and on paper, it may not seem as impressive as some class rivals. But not everything good on paper translates to being good in a practical application. The new Almera deserves a test drive at the very least.