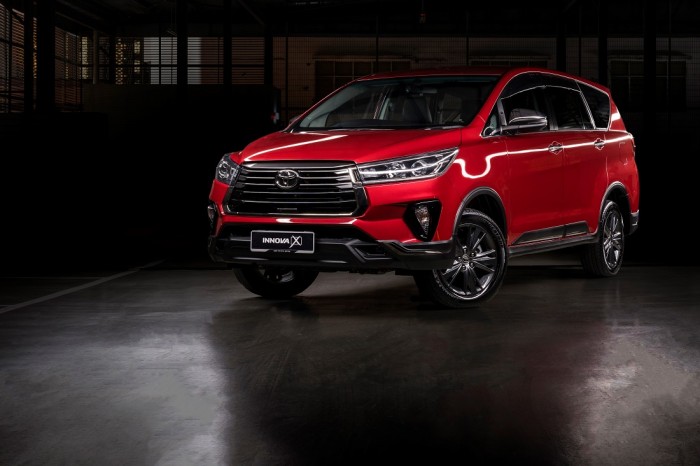 Another Toyota model that is scheduled to be launched soon in Malaysia is the 2021 Toyota Innova. It is now open for booking at all authorised Toyota dealerships. The updated seven-seater MPV will feature updated styling and features as well as additional safety systems.

The drivetrain remains unchanged to keep the selling price down. The engine is the established 2.0L 1TR-FE which produces 139 PS @ 5,600 rpm and 183 Nm of torque @ 4,000 rpm. The Innova is a rear wheel drive MPV and the power is transferred via a 6-speed automatic transmission.

The exterior updates include cosmetic changes to the front to give the Innova a more refined look. The front grille features a chrome and black theme while the side mirrors have chrome housings and integrated turn signals (for the Innova 2.0G and Innova 2.0X only). Further, the foglamps and bezels have been redesigned to complement the new appearance.

The range-topping Innova 2.0X includes exclusive styling enhancements such as new wheel arch mouldings for protecting the bodywork, new side mouldings and redesigned side skirts to give it a sporty look. The wheels on the Innova 2.0X are 17″ lightweight alloys in Dark Mica Metallic. The Innova 2.0G also gets a new rim design.

At the rear, the garnish on the back door has been restyled, while the roof spoiler (Innova 2.0X only) has been reprofiled for improved aerodynamics.

Inside, the Innova 2.0G and 2.0X get a 9″ touchscreen infotainment system as standard. This system has Android Auto and Apple CarPlay connectivity and acts as the Panoramic View Monitor display (PVM) for these two variants. The PVM has 2D and 3D view options to suit your preference.

There are also more charging ports in the cabin as a result of customer feedback. The front 2 USB ports have been repositioned in the dashboard from the centre console, and an additional USB port is now provided for the third row of seats. All the ports have Fast Charging capability for compatible smartphones and other portable devices. Additionally, a wireless charging pad located in the centre console is also available as an option which can be included at the time of booking.

The Innova’s cabin maintains its spacious and flexible interior, with a pair of captain seats in the second row and a third row that seats three.

For safety, the Innova 2.0G and 2.0X come standard with Blind Spot Monitor (BSM) with Rear Cross Traffic Alert (RCTA) to help prevent collisions. BSM continuously scans the blind zone towards the rear side of the vehicle, alerting the driver if there is a vehicle nearby. If you don’t habitually reverse park then RCTA is useful when reversing out of a parking lot. It can detect vehicles approaching from either side and can alert you. 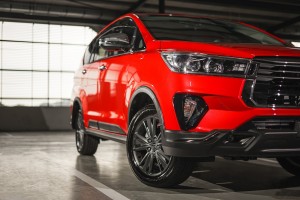 In addition to the standard electronic security system, UMWT is now installing a Toyota Vehicle Telematics System (VTS) as standard in the top two Innova variants (an additional RM2,000 option for Innova 2.0E). This system can track the vehicle’s movements using GPS and GSM technology. In the event that the vehicle is stolen, the VTS Command Centre can determine its location and inform relevant authorities to make recovery faster.

Like all Toyota models distributed by UMW Toyota Motor Sdn Bhd (UMWT), the Innova is covered by a 5-year warranty with unlimited mileage (subject to terms and conditions stated in the Owner’s Handbook).

Bookings can be made at all Toyota showrooms nationwide as well as online at build.toyota.com.my. Showroom locations can be found at www.toyota.com.my or by calling the Toyota Freephone: 1800-8-TOYOTA (869682).