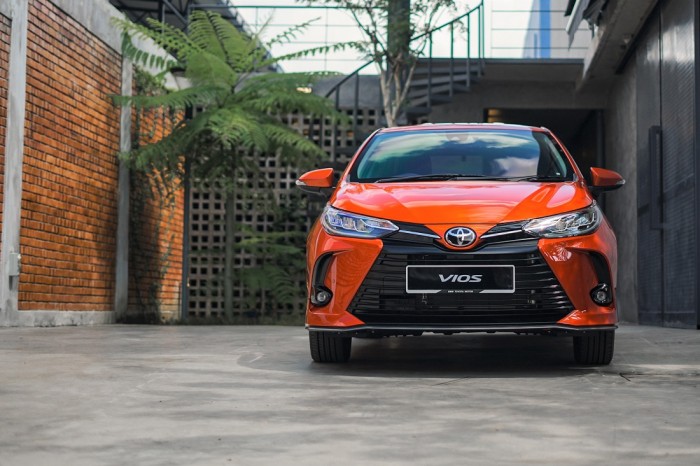 After the Yaris, the Toyota Vios is next to get a facelift, and the updated popular B-segment sedan is now open for booking. You can either do so online or at any authorised Toyota showroom nationwide. The Toyota Vios facelift not only gets enhanced looks, but also upgraded specs, especially the Toyota Safety Sense and convenience features. 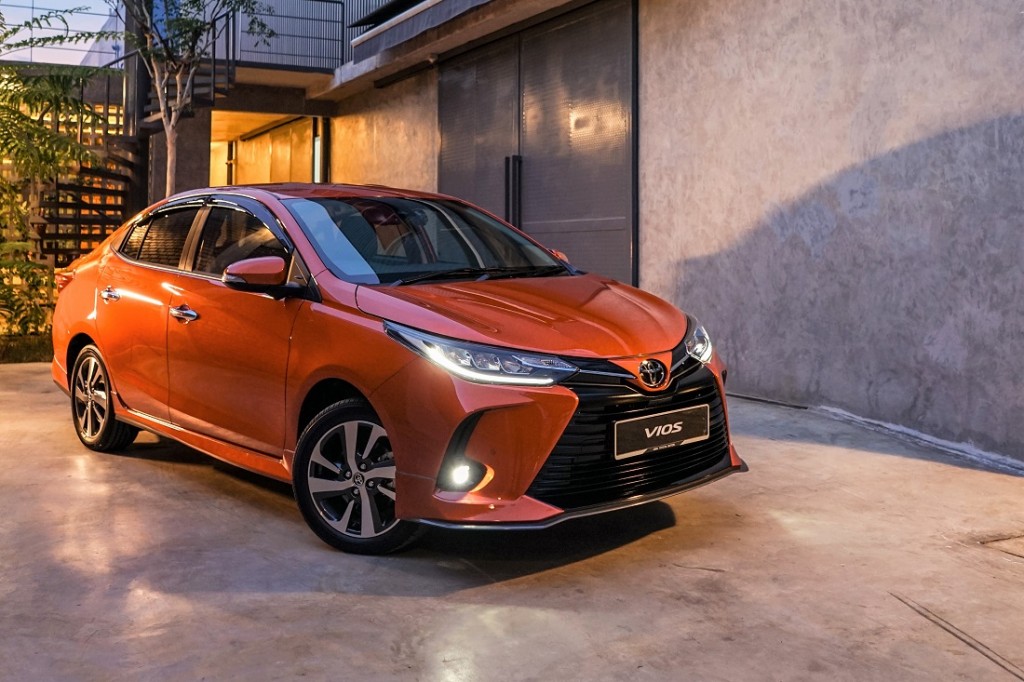 The new LED headlights are wired with the follow-me-home function which stays on momentarily after the car is switched off, for added safety and convenience. This feature is available across the Vios range, that is still maintained at three variants i.e. J, E and G.

“The enhanced Vios has an even more dynamic presence with a front silhouette that is consistent with models such as the Corolla, Camry and the recently-enhanced Yaris. Yet, despite this strong family resemblance, the Vios projects its own unique personality that has made it popular with a diverse demographic of buyers,” said Mr Ravindran K., President of UMW Toyota Motor Sdn Bhd.

New to the Vios is Toyota Safety Sense (TSS) features which include Pre-Collision System (PCS) and Lane Departure Alert (LDA). PCS works from 15 km/h onwards and helps reduce the risk of front-end collisions. It does so by alerting the driver once it detects the vehicle in front is within collision distance and assisting in reducing vehicle speed as an additional support to the driver. On the other hand, LDA is active from 50km/h and alerts the driver to any unintended lane changes by giving a visual alert on the car’s Multi-info Display as well as an audible alert. This feature can be turned off if desired. TSS is merely a safety aid to assist the driver in reducing the risk of an accident.

Launched in January 2019, the latest generation Vios is a best-seller in the B-segment entry level sedan category. It is known for its safety, reliability, practicality and value proposition. The facelift model continues to be powered by the 1.5L 2NR-FE DOHC engine with Dual VVT-i. The engine has 107 PS and 140 Nm of torque that is channeled through a 7-speed CVT with sequential shift. The Sport and Eco modes are available depending on how you want to drive the car.

The enhanced Toyota Vios also features an all-new 3D 360° panoramic view monitor to give you a three dimensional virtual view of the car’s surroundings. Other features inside include a 7″ touchscreen infotainment display that has Apple CarPlay and Androi Auto-ready connectivity.

Furthermore, the Vios E and G variants have a Vehicle Telematics System as standard. This is part of the brand’s aim to enhance Connectivity under its 360-T Plus brand experience.

Official prices will be announced soon, and should include the sales tax exemption for new and locally assembled cars (at least valid until 31 December 2020). All new Toyota cars are covered by a 5-year warranty with unlimited mileage.