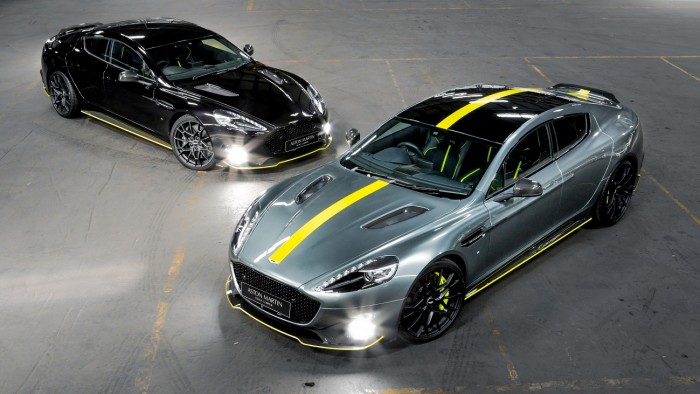 The Aston Martin Rapide AMR has a limited production run of just 210 cars. And Aston Martin Kuala Lumpur has two units of this exclusive Rapide version. 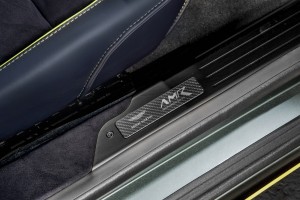 ‘AMR’ stands for Aston Martin Racing and the brand draws a direct engineering and aesthetic link between its successful racing team and its road cars. Thus the Rapide AMR is a sports car capable of comfortably transporting a team of race drivers to a circuit on the other side of a continent and then tackling the track when they get there.

The Rapide AMR is available in Standard and Signature schemes. Aston Martin Kuala Lumpur had brought in the Signature scheme which matches the Stirling Green body colour with Lime accents, and a Lime stripe, for the definitive AMR look. Meanwhile, the Standard scheme Onyx Black exterior adds AMR Lime accents to the splitter, sills and rear diffuser.

The Rapide AMR draws power from a naturally aspirated drivetrain that derives technology and character from the Vantage GT12. The larger inlet manifolds, with tuned length dual inlet runners, enhance the airflow into the 6.0L V12 engine. Combined with new engine and gearbox calibration, this results in an increase in power. The legendary V12 now puts out 603 PS and 630 Nm of torque. A new quad exhaust has been fitted to ensure a thunderous melody for that desired AMR character. 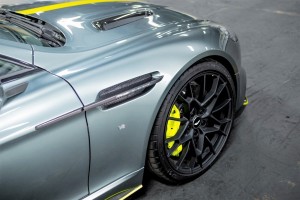 Coming standard are carbon ceramic brakes measuring 400 mm at the front with six piston calipers, and 360 mm at the rear with four piston calipers. This is the first time that a Rapide has been fitted with such stopping power. The carbon ceramic discs are also part of AMR’s ethos to use lightweight components whilst reducing unsprung mass they have a noticeably beneficial effect on the driving experience.

Alongside the new tyres, brakes and aerodynamics, the Rapide’s suspension has also received considerable attention. The new Rapide AMR rides 10 mm lower than the Rapide S. And although the three stage adaptive dampers remain, they have been thoroughly re-engineered to create a car that is more focused, agile and dynamic. Much of this development work was completed at the newly opened AMR Performance Centre at the Nürburgring.

The Aston Martin Rapide AMR comes with a retail price of RM1,100,000 (excluding duties and taxes).