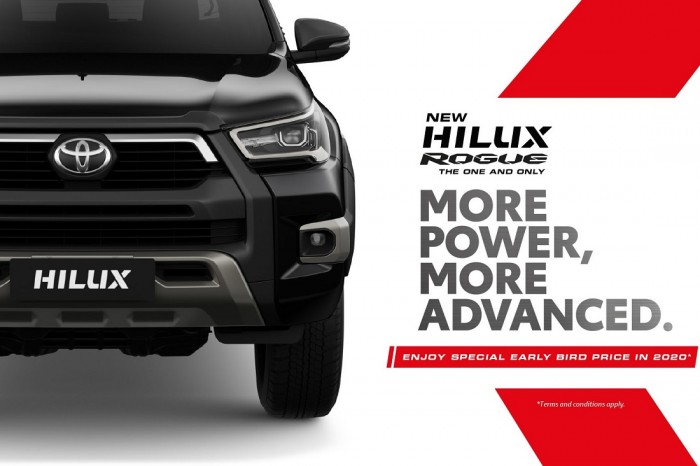 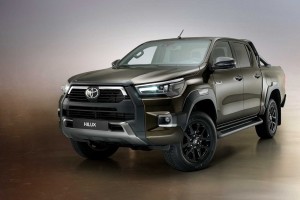 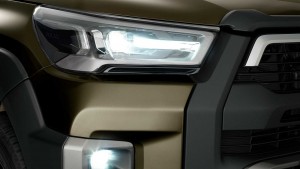 The 2020 Hilux sees a redesign of various styling elements. Notable ones are the front bumper, grille, and fog lamp bezel. The Hilux Double Cab 2.8 Rogue flagship also gets a new bonnet moulding and skid plate while the lower variants get new 17″ and 18″ alloy wheel designs. 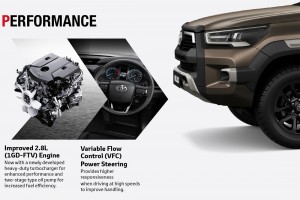 Although there is an increase in engine power, it does not negatively impact fuel consumption. On the contrary, fuel efficiency has improved due to the use of a 2-stage oil pump that can optimally switch the oil pressure. Additionally, a water-cooled double-pipe type pre-EGR (Exhaust Gas Recirculation) cooler has been installed to optimize the EGR gas temperature.

Meanwhile, the power-assisted rack and pinion steering system for the new Hilux (except for the Single Cab variant) now has a Variable Flow Control (VFC) system which reduces demand on the power steering pump, thus benefiting fuel economy. At the same time, the driver will find enhanced steering feel with more natural handling in different speed ranges. The feel is lighter at low speeds for easier parking manoeuvers easier, and is heavier at higher speeds for a more confident feel. 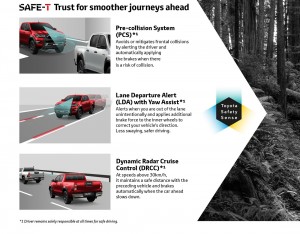 The new Hilux also comes with Auto Limited Slip Differential (LSD) to aid traction by using the traction control system (TRC) to control braking and engine output when one of the rear wheels start to spin. The Auto LSD system is available only when in the High range and in 2WD, at speeds up to 50 km/h. 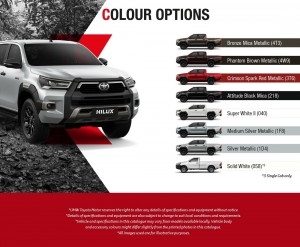 The full specifications and price list will be available when it is officially launched. In the meantime, you can register your interest or booking with any authorised Toyota dealer.