The 2020 Toyota GR Supra, the first global model to be developed by TOYOTA GAZOO Racing, has received some updates. In line with the Kaizen spirit, which is the Japanese philosophy of constant improvement, the 2020 GR Supra now sports upgraded powertrain performance. 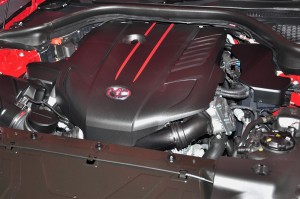 Specifically, the 3.0L engine now has additional output to deliver better performance numbers and reward drivers of all skill levels. The upgrades centre around the turbocharged inline-six engine which now delivers 388 PS at between 5,800 and 6,500 rpm, a 14% increase. Maximum torque though, remains at 500 Nm, but peaks at a slightly wider range of 1,800 rpm – 5,000 rpm instead of the previous 1,600 rpm – 4,500 rpm.

The engineers managed to increase the power output not only by tuning but also by adding a new dual-branch exhaust manifold with 6 ports (instead of two) to improve heat management. Additionally, a new piston design has also reduced the engine’s compression ratio from 11:1 to 10.2:1.

The improved engine with the raised torque band still retains the eagerness to rev with turbine-like smoothness. Still carrying the standard ZF 8-speed automatic transmission, the 0 – 100 km/h acceleration time from is now two-tenths of a second quicker, shortened to 4.1 seconds from 4.3 seconds.

Complementing the extra power are some chassis improvements aimed at increasing roll resistance and enhanced cornering stability. Taking note of feedback from high-performance drivers, the updated GR Supra has received a re-tuning of the chassis with a new Performance Rod added to increase lateral rigidity. 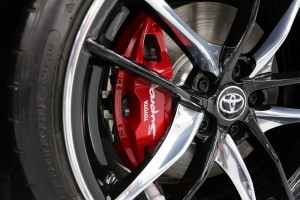 Other than the fitment of red brake calipers with the Supra logo at the front, other technical specifications and features remain the same. Also standard on the GR Supra are the Adaptive Variable Suspension and Electronically-Controlled Limited-Slip Differential (LSD).

In terms of safety, Toyota Supra Safety technologies enable drivers to take the car to its limits in safety. These technologies include a variety of active systems which work together to assist the driver when necessary. Additionally, there are features like the Tyre Pressure Monitoring System, Intelligent Parking Sensor with Emergency Braking Function and Blind Spot Monitor with Rear Cross Traffic Alert. 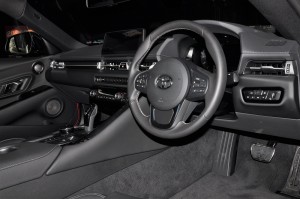 The standard interior features of the GR Supra are a blend of luxury and functionality, with a driver-centric approach. For example, there’s a head-up display which allows the driver to keep his eyes on the road ahead while being aware of important operating information. A memory function for the power seat makes it easy to set and retain a preferred seating position. As for entertainment while on those long journeys, the JBL audio system has nothing less than 12 speakers strategically placed around the cabin for the best sound quality.

It is available for booking from selected authorised Toyota GR Garage showrooms nationwide. For further information, you can visit toyota.com.my or call the Toyota freephone line 1-800-8-TOYOTA (869682).