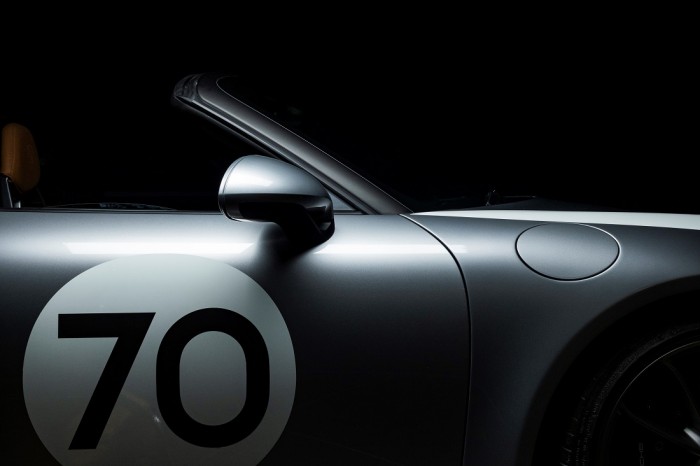 Sime Darby Auto Performance (SDAP) has launched the new Porsche 911 Speedster. The 911 Speedster marks a farewell to the seventh generation 991 model, and a fitting tribute to the 356/1 Roadster from 1948 (the “No. 1″). The 911 Speedster embodies Porsche’s values of purism, lightweight design, efficiency and a pleasurable open-top driving experience. 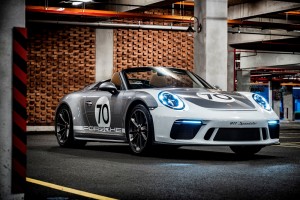 Its exceptional design and high-performance powertrain based on GT technology revisits the dream of a puristic, open-top sports car that pays tribute to Ferdinand “Ferry” Porsche’s dream over 70 years ago. It represents more than 70 years of continuous development and Porsche’s commitment to pure exciting sports cars. Paying homage to the “No. 1” Roadster with the optional exquisite Heritage Design package specially designed by Style Porsche and Porsche Exclusive Manufaktur, the outlook of the 911 Speedster takes the driver back to the roots of the Porsche brand.

“Porsche has always represented a dream, and the Speedster concept was aimed at paying tribute to an idea that runs through the history of Porsche. As the idea of the Speedster was conceived to commemorate 70 years of sports car fascination, the launch of the new 911 Speedster in our market could not be timelier. Coinciding with Sime Darby Auto Performance’s 10 years as the Porsche partner in Malaysia, we are thrilled to be introducing this limited edition model to mark this milestone,” said Christopher Hunter, Chief Executive Officer of Sime Darby Auto Performance.

Back To Its Roots 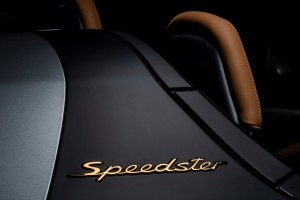 An attractive option for the Porsche 911 Speedster is the Heritage Design package. This exclusive exterior and interior detailed package is crafted to reinterpret classic elements from the 1950s and 1960s. This includes the interior colour scheme in Black and Cognac with golden details. Special “spears” paintwork in White for the front fascia and front wings is applied to the basic vehicle paintwork in GT Silver Metallic. Historic looking motorsports decals for the doors and front lid complete the package. The Porsche crests, the gold-coloured logos and historic “PORSCHE” lettering on the sides of the vehicle correspond to the designs used in the 50s and 60s. 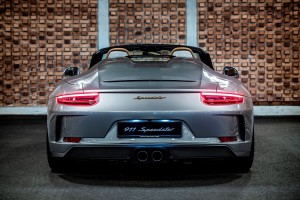 Taking centre stage is the aesthetically shaped convertible top compartment lid with its double-bubble streamliners, a quintessential feature of this sports car type ever since the 911 Speedster from over 30 years ago. It is the largest and most complex component to date that Porsche has used in a road model made of a single piece of carbon fibre reinforced plastic (CFRP). Two trim elements in the double bubbles make room for the rollover protection system as need, included in the two-seater as a standard feature just like in the 911 Carrera Cabriolet.

A change to the basic tonneau cover of the concept vehicle is the use of a weight-saving roof structure. Despite its puristic design, the fabric convertible top is suitable for everyday use. Along with the shortened window frames with lowered cowl top panels and the smaller side windows, this gives the 911 Speedster its athletic profile. The low fly line characterises historic designs such as the Porsche 356 Speedster from 1954. 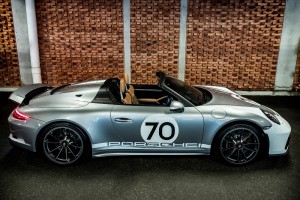 The convertible top is easy to operate. The central locking hook at the windscreen frame and both the side fins of the fabric roof are released at the push of a button. The large rear lid, made from lightweight carbon fibre, is electrically unlocked and slides back a short distance. It is then positioned by hand and makes room for the fabric roof, which folds into a Z shape behind the front seats. The cover can then be closed again effortlessly once the roof has folded into position.

Borrowing From The 911 GT3 Touring 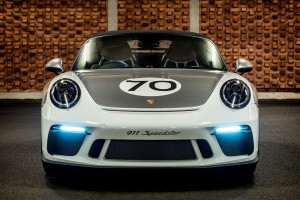 Lightweight design also determines other body components of the Speedster. The carbon fibre composite bonnet weighs two kg lighter than on the 911 GT3. The front apron is also borrowed from the GT3, but the front spoiler lip is a completely new development. Instead of the Talbot mirrors seen in the concept vehicle, the production version of the 911 Speedster uses more modern electrically adjustable Sport Design exterior mirrors. Further, the extending, aerodynamically tuned rear spoiler and rear apron are adopted from the 911 GT3 Touring.

The interior is characterised by black leather elements for the side bolsters and head restraints of the carbon fibre composite full bucket seats, armrests in the door trims and the shortened gear lever. The centre panels of the seats are upholstered in perforated leather, while the lightweight door panels with black door pulls and stowage nets help reduce overall weight. 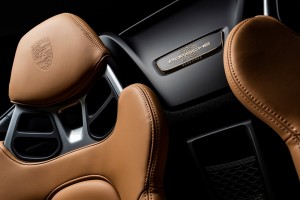 The “Speedster” logos adorn the head restraints and the visible carbon door sills, as well as the central rev counter. Like the other instruments, it has black dials with white needles as well as green digits and scales, reminiscent of the 356 Speedster. A limited-edition badge on the cross structure behind the front seats shows the serial number of the 911 Speedster, which is limited to just 1,948 units. 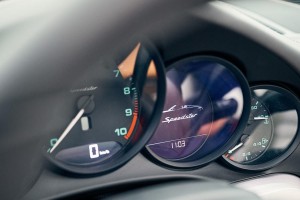 Compared with the previous 911 GT3, the engine in the Speedster is fitted with two gasoline particulate filters (GPF), yet still manages an output of 10 hp more. This is due to improvements to detail such as the high-pressure fuel injectors with optimised spray pattern as well as a modified intake system with individual throttle valves. These updates enable a more spontaneous response to throttle commands. Further, the newly developed lightweight stainless steel sports exhaust system weighs 10 kg less despite the addition of the two particulate filters. 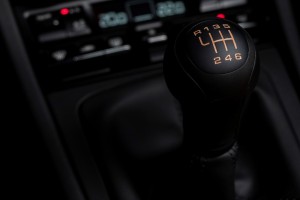 Befitting its status as a driver’s car, Porsche only offers the 911 Speedster with a manual six-speed sports transmission. It features an auto-blip function which precisely and independently compensates differences in engine speed between the gears when downshifting through automatic throttle blips. Auto-blip can be activated at any time, independently from the chosen PASM (Porsche Active Suspension Management) variable damping system setting. A mechanical rear differential lock with asymmetric locking action rounds off sporty power transmission. 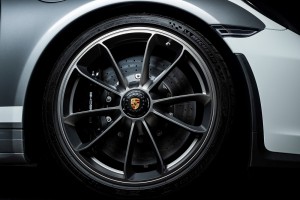 The GT philosophy behind the new Speedster is also reflected in its chassis. With its sporty rear-axle steering and dynamic engine mounts, the chassis is based on the technology of the 911 GT3. Control systems such as Porsche Torque Vectoring (PTV), Porsche Stability Management (PSM) and PASM with sports tuning and lowering by 25 mm have been precisely adapted to the new requirements. The open-top two-seater runs on 20″ forged Speedster alloy wheels with central locks. The standard equipment includes PCCB brakes (Porsche Ceramic Composite Brake) with internally vented and perforated ceramic composite brake discs. 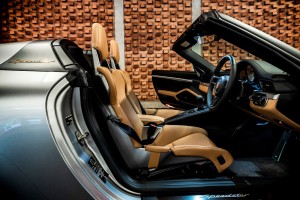 The Porsche 911 Speedster production is limited to only 1,948 units. Prices start from RM2.7 million.

The 911 Speedster is on display exclusively at Porsche Centre Sungai Besi for a limited time, from 13 June 2020. To maintain social distancing, showroom visits are encouraged to be by appointment basis.