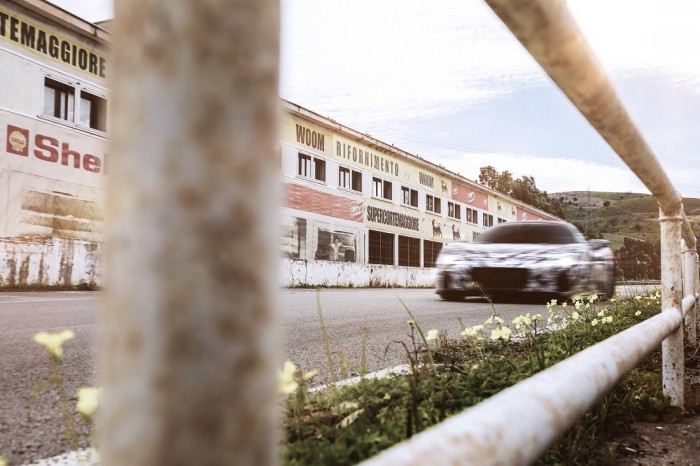 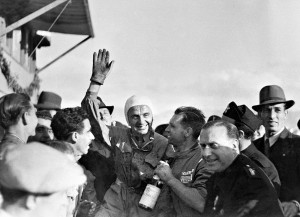 In 1940, the House of Trident car was the first to cross the finishing line of the prestigious Sicilian race, for the fourth consecutive year. The driver who added his name to the winners’ board was Luigi (Gigi) Villoresi, at the wheel of the Maserati Tipo 4CL.

In celebration of this important moment in the brand’s history, Maserati went back to Sicily with a MC20 prototype and drove it over some of the roads where the history of the Targa Florio was written, such as the stretch where the famous Floriopoli stands are located.

This is also part of the new MC20 supercar’s development with tests in different conditions of use to gather data and information for the final fine tuning. After the first batch of tests performed using the dynamic simulator at the Maserati Innovation Lab in Modena, the next stage involves road and circuit test drives.

The MC20 marks the start of a new era for the Italian marque in terms of styling and technology. It is also the first car to use a new engine with innovative technological content that is developed and built in-house by Maserati. It is widely speculated that the MC20 will offer over 600 hp from its twin turbo V6 engine.

The MC20 is slated for a launch later in September 2020. With this new supercar, the Modena-based manufacturer aims to underline its sporting credentials, and return to a leading role on the racing circuits. It last won a world championship in 2010 with another extraordinary car, the MC12. 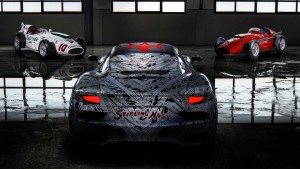 Earlier, Maserati had unveiled a special liveried MC20 prototype to pay tribute to racing legend Sir Stirling Moss who passed away in April 2020. Sir Stirling had driven a similarly themed single-seater Maserati Eldorado at the Trofeo dei due Mondi in Monza in 1958. The Eldorado was historically significant because of its link to a non-automotive branding, Eldorado ice cream.

History Of The 4CL

The single-seater 4CL was created in 1939. It was the brainchild of Ernesto Maserati, the youngest of the Maserati’s founding brothers, who wanted to design a car that would be competitive in “Voiturette” (literally meaning ‘small car’) class racing. The 4CL had an engine displacement of 1,491 cc and was built on the chassis of the 6CM. It was a new four-cylinder engine with four valves per cylinder, the first in Maserati’s history. It was an extremely advanced engine for its time, with “square” internal dimensions of 78 x 78 mm which, and with the aid of a volumetric turbocharger, developed 220 hp @ 8,000 rpm. 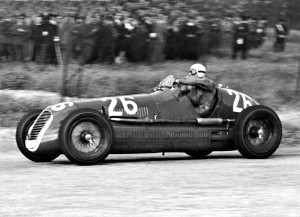 At the its racing debut at the 1939 Libyan Grand Prix in Tripoli, Gigi Villoresi took pole position with an aerodynamic version of the 4CL. Its first win came two Grands Prix later, in Naples, when it was driven by Englishman John Peter Wakefield, who went on to achieve two further victories in France – at the Picardie and Albi GPs.

In the second half of the 1930s, the Targa Florio was held at Palermo on a circuit designed within the Favorita Park, over a total of 40 laps. The first to finish was Gigi Villoresi, the pre-race favourite, who also set new records for the race average speed (142.288 Km/h) and lap (147.201 Km/h). Also taking part in that edition (the 31st), in his first racing season and at the wheel of another Maserati, was Alberto Ascari. 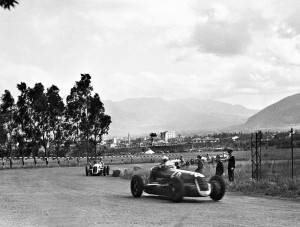 Villoresi’s win was the last race run in Italy and Europe before the Second World War. It was a result that confirmed the Modena-based constructor’s supremacy. More wins were to come in the postwar period. At the wheel of the 4CL, Villoresi went on to win the Nice Grand Prix in April 1946, with more victories to follow for French ace Raymond Sommer, English driver Reg Parnell and the great Tazio Nuvolari. Further wins were recorded in 1947, and in 1948 the 4CL was replaced by the 4CLT which featured the new tubular chassis and intake system with double-stage turbocharger.