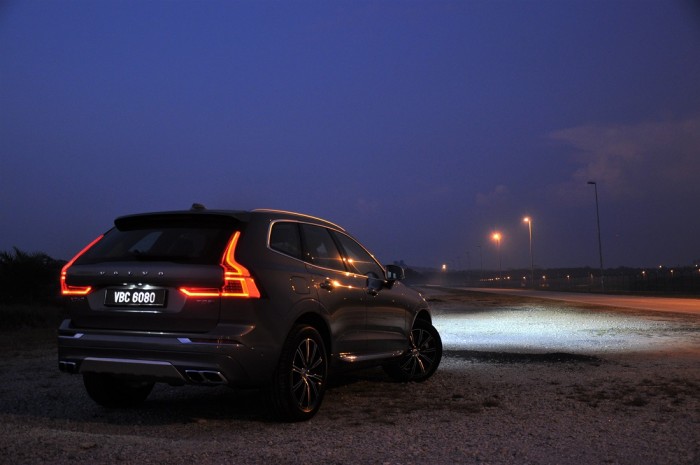 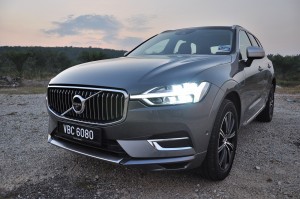 The automotive market in Malaysia is never short of choices for anyone shopping for SUVs. And Volvo is not one to be left out, offering first its flagship XC90 followed by the XC60 and finally the compact XC40. With the launch of the XC40, the second generation XC60 has become the middle child, a new role for what used to be the smallest Volvo SUV available.

The unit tested was the range-topping XC60 T8 Inscription Plus plug-in hybrid variant. The major difference to the ‘regular’ T8 Inscription variant is the 15-speaker Bowers & Wilkins premium audio system. 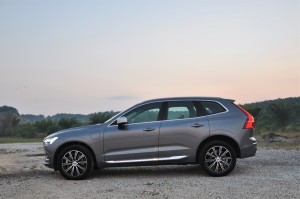 At a glance, the XC60 could be mistaken for the XC90, which is not surprising since they are both built on the same Scalable Product Architecture (SPA) platform. The Volvo design identity remains strong with the shared character lines, but there are little nuances that make it its own, provided you take more than a cursory glance.

The front gets the familiar signature ironmark badge and distinctive Thor’s hammer headlights. The stand-out difference is the XC60’s hammer extends out to touch the front grille surround; the only Volvo that currently does that. But the rear of the XC60 is probably what stands out the most for me (and what makes it less of a mini XC90), because of the L-shaped tail lights; one of the most attractive rears I have seen especially at night. 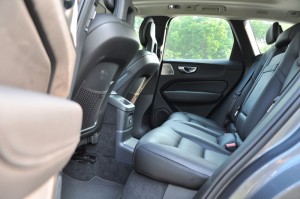 The overall increase in size has benefitted the interior. The XC60’s cabin looks and feels spacious. Rear head- and legroom are more than adequate, except for the middle passenger who has to contend with the front centre console extending back, and the centre tunnel which houses the lithium-ion battery pack. On a positive note, the rear air vents are housed in the B-pillars for more effective cooling of the rear.

The dashboard of the XC60 bears more similarity to the S90 sedan’s than the XC90’s. The highlight of the XC60 T8 interior are the large tablet-like 9″ Sensus touchscreen, and the Orrefors crystal gear lever that illuminates at night. For the Inscription Plus model, the addition of the Bowers & Wilkins sound system should please the audiophile.

Most of the vehicle’s functions, save for driving modes, audio controls and cruise control, are housed within the Sensus system. The more progressive of us will likely welcome this ‘tech-y’ feature of accessing the features with a touchscreen, albeit having to contend with wiping off finger stains occasionally. 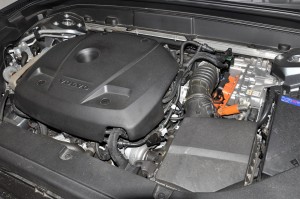 The engine drives the front wheels while the electric motor drives the rear, and the power is managed by an 8-speed automatic transmission from Aisin. With a 10.4 kWh battery pack in the centre tunnel, the XC60 is capable of a claimed 45 km in full electric mode. 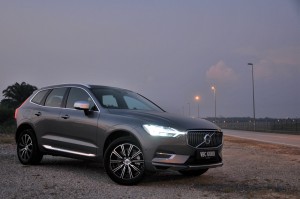 As always, numbers always look good on paper. We start with the power figures… Having 407 hp and 640 Nm, and a 0 – 100 km/h acceleration time of 5.3 seconds, it will blow most cars away on any given day. However, instead of letting it be raw and beastly, Volvo had tuned some gentleness in so no one gets their heart pushed up their throat. And this is understandable, seeing that the XC60 is more of an executive-style family vehicle.

The review unit is a fully imported model and comes with the Active Chassis and air suspension setup, while the locally assembled variants sport the Dynamic Chassis and conventional shock absorbers, so there will be some differences in the ride and handling. The reduced ride height compared to its predecessor has also helped with better driving dynamics.

The air suspension of the imported test unit comes with height adjustment, allowing you to lower the rear of the vehicle for easy loading.

The XC60 is equipped with Volvo’s Intellisafe safety suite even for the T5 non-hybrid variant. The extensive 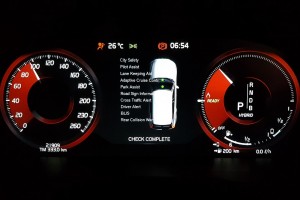 In practice, some drivers might find some of these features annoying or nagging. That is, until the system saves you from a potential accident. For example, if you move from your lane when there is another vehicle in your blind spot, the XC60 will steer you back in.

Likewise, the Adaptive Cruise Control with Pilot Assist (found only in the T8 models) is a semi-autonomous driving function that works at speeds up to 130 km/h, which provides for a more relaxing drive as you do not have to worry about keeping a distance to the vehicle in front, nor steer the gentle bends. You still however, need to keep your hands on the steering wheel at all times.

For parking, the T8 model is aided by a 360° camera and Park Assist Pilot for perpendicular or parallel parking. 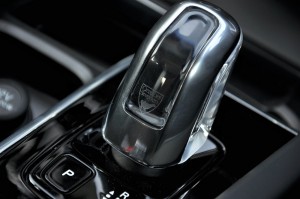 It has been an uphill climb for Volvo in certain markets to place itself in serious contention with other premium brands, but the effort is seeing positive results and feedback. And for someone who seeks a premium SUV with a minimalist yet classy design, that is practical and safe, you probably can’t do better than the XC60.

Furthermore, if you have access to an exterior power outlet and drive mostly in the city, the plug-in hybrid nature will see your visits to the petrol station drop significantly.

Running at RM343,888 (on the road without insurance), it is priced at a comparative level to its immediate rivals, and offers premium quality in its fittings and in particular, its sound system. If you can live without the hybrid system, the extra power, premium sound system, and adaptive cruise control, you can get the T5 model for under RM300k.