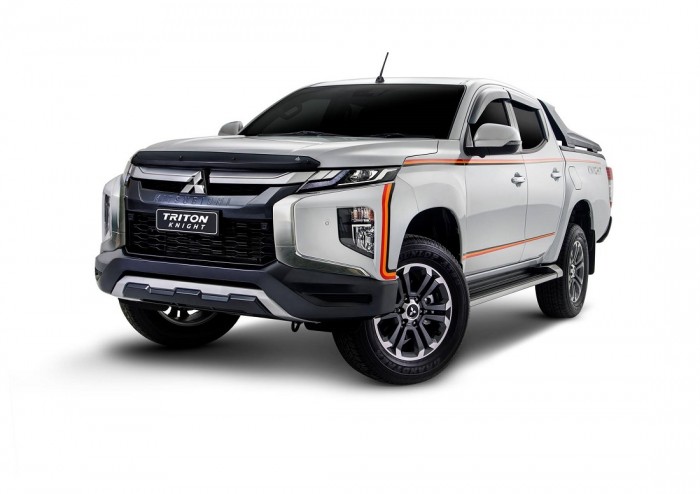 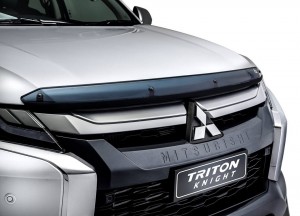 On the exterior, the Triton Knight is differentiated with a grey coated front bumper garnish and hood protector. The tougher outlook is further complemented by exclusive Knight body stickers, window deflectors and a sports bar at the rear. 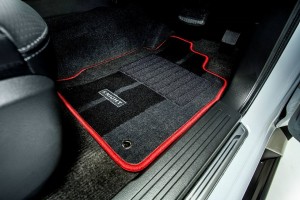 Inside, the Triton Knight comes with scuff plates and exclusive carpet mats with red stitching and Knight embroidery. The infotainment system consists of a 7″ touchscreen with Android Auto and Apple CarPlay connectivity. It is also equipped with an All Round Monitor (ARM), like the Adventure X variant, which is a set of cameras that stitch together a bird’s eye view of the surroundings to aid in parking and manouevring. There is also the Driving Video Recorder (DVR) which captures every incident while on the move.

To recap, the Triton is powered by 2.4-litre MIVEC turbodiesel engine with Variable Valve Timing technology, which produces 181 PS and 430 Nm max torque. The new Triton also comes with a 6-speed automatic that provides seamless and more powerful acceleration resulting in greater response and performance.

Furthermore, the Triton is fitted with Super Select 4WD II for optimum traction and handling in any given terrain. The addition of the Off-road Mode setting helps to control engine power, transmission and braking to regulate the amount of wheel slip and maximize all-terrain performance. The Triton is also equipped with 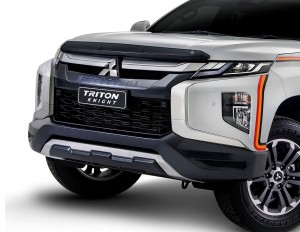 Hill Descent Control where the vehicle speed is electronically controlled while it is in a descent mode.

The Triton Knight sells for RM137, 900 and is covered by a best-in-class warranty of 5 Years or 200,000km. This is the same price as the current Triton Adventure X, but you get the addition of the free accessories for a limited time only. Some of these accessories, like the ARM and DVR, are also offered by Mitsubishi Motors authorized dealers.