UMW Toyota Motor (UMWT) recently organised the Toyota Outrun charity fun run that raised RM151,100 for the Paralympic Council Of Malaysia. This charity run is held in line with its principal’s (Toyota Motor Corporation) support of the 2020 Olympics in Japan as a Worldwide Olympic and Paralympic Partner.

Toyota Motor Corporation (TMC) is now striving towards developing a more inclusive and sustainable society and shifting itself toward a ‘mobility company’. In conjunction with the Tokyo 2020 Olympics, TMC began its ‘Start Your Impossible’ campaign, a long-term campaign that encourages everyone to ‘challenge their impossible’. 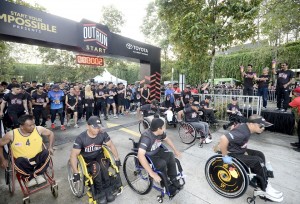 “UMW Toyota Motor is very pleased to be able to support physically challenged people who wish to participate in sports. This is in line with Toyota Motor Corporation’s substantial support for the Tokyo 2020 Olympic and Paralympic Games as its first ever mobility partner,” said Akio Takeyama, Deputy Chairman of UMW Toyota Motor.

Since its incorporation, UMW Toyota Motor Sdn Bhd (UMWT) has provided products and services to the Malaysian society and at the same time, upheld its corporate social responsibility through various initiatives, contributing to social change and helping to improve the lives of people and communities.

Under the ‘Start Your Impossible’ (SYI) banner, UMWT introduced a DUAL HEROES CONCEPT which describes a local athlete who is constantly fighting against dual odds – on the field, and in life. Through this concept, the company has chosen Abdul Latif Romly, Malaysia’s first Paralympian named as Sportsman of the Year in 2016 as its SYI Ambassador.

Latif was selected to become Malaysia’s SYI Ambassador as he was up against the impossible at the 2016 Summer Paralympics, where the world saw him break the T20 long jump world record 3 times in one day. It was his ability to overcome not just sporting challenges but to also influence social change through his life journey. 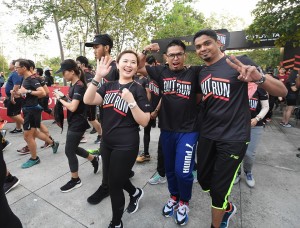 The Toyota Outrun event happened in Bandar Rimbayu, Kota Kemuning in Selangor. Over 3,000 participants turned up for the 8-km run around the Bandar Rimbayu township, including about 20 with multiple disabilities who demonstrated their own determination to ‘Start Your Impossible’. The RM151,100 collected at the event came from the participants registration, which was then passed on to the Paralympic Council of Malaysia.

“We thank all the participants for joining us at this Toyota Outrun today and contributing towards a good cause. The fund collected should be useful for the Paralympic Council of Malaysia in its activities and we will certainly be looking at how we can offer more support in future,” said Ravindran K., President of UMW Toyota Motor. 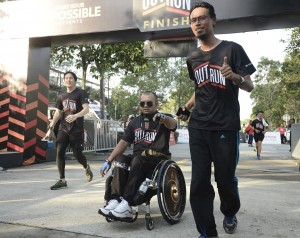 Thanking UMWT for the contribution, YBhg Dato’ Subramaniam Raman, Vice President of Paralympic Council of Malaysia, said that the Council will utilize the funds for its “Fitness & Exercise with Person with Disabilities” program to train the trainers so that they are well equipped to guide disabled persons who have sports potential.