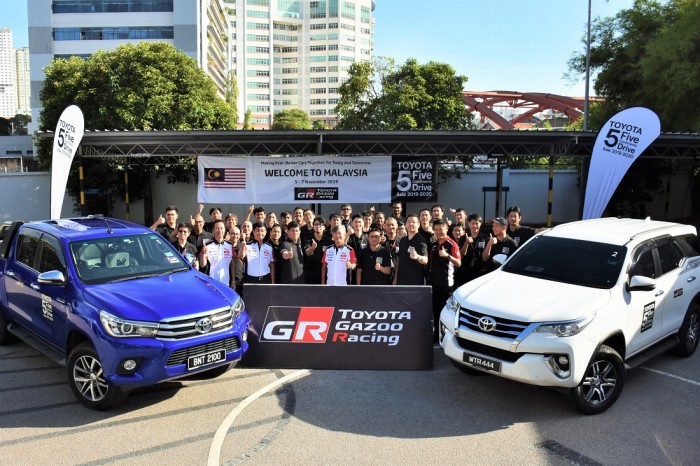 The Toyota 5 Continents Drive Project started in 2014 and as the name suggests, will go through five continents. Asia is the last continent for the project which will conclude in Japan in 2020 where the Tokyo Olympics and Paralympic Games will be held. 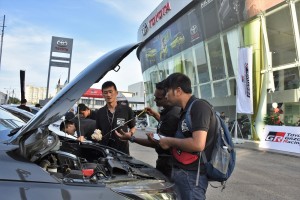 For the Malaysian leg, the convoy of vehicles officially started from a Toyota showroom in Penang owned by S&D Tama, an authorized Toyota dealer. Flagging off the convoy a the Toyota facility was Mr. Akio Takeyama, Chief Motorsports Officer who is also the Deputy Chairman of UMW Toyota Motor. The nine vehicles in this leg of the 5 Continents Drive Project include the Hilux, Fortuner, Innova, Vios, Corolla, Rush, CH-R and Yaris. 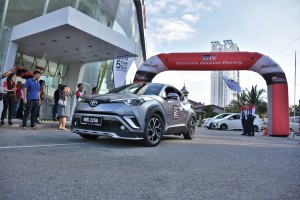 The convoy’s route included a drive up Cameron Highlands, providing the group an experience of the different humidity levels in the country as well as the road conditions. The route then continued south to Singapore with a stop at UMW Toyota Motor’s headquarters in Shah Alam, Selangor. There, the participants were briefed on the company’s background, activities, customer profiles, local market conditions and GAZOO Racing (GR) initiatives in Malaysia.

The 5 Continents Drive Project is carried out under the umbrella of TOYOTA GAZOO Racing initiatives. In Malaysia, the GR Brand is one of the key pillar for our brand messaging which includes the Toyota GR Festival, GR Velocity Esports Championship and our most recent introduction is the GR Garage being the first outside of Japan and GR Products showcasing our newly-launched GR Supra. 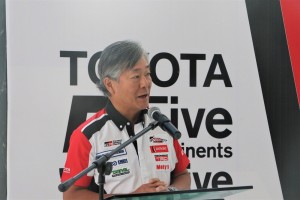 “We are delighted that Malaysia is included in the Toyota 5 Continents Drive Project, a project that is of high priority to Toyota Motor Corporation,” said Mr. Takeyama. “The varied conditions of roads and traffic should provide the participants with valuable insights that can help them develop ever-better cars for our customers.”

“Toyota has always made reliable cars but today’s customers have more demands, so ‘good’ is no longer enough and we need to offer great cars,” said Ravindran K., President of UMW Toyota Motor. “The Toyota 5 Continents Drive Project should help towards developing ever-better cars.”

From Malaysia, the convoy will head to Singapore, and then to the remaining countries for the Asian leg, which include Indonesia, the Philippines and Vietnam. In 2020, the 5 Continents Drive Project will continue through China and East Asia before ending in Japan. 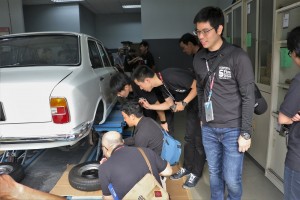 Delivering quality and reliable cars has been a passion of Toyota since it was founded in 1937. Together with the highly-admired Toyota Production System (TPS), Toyota has the most efficient and highly productive manufacturing process and philosophy that has produced millions of cars for many decades.

The 5 Continents Drive Project complements the TPS by enhancing and refining the process of product development in the quest for ever-better cars. It is a demonstration of Genchi Genbutsu, a Japanese term that is also integral in TPS and means ‘to personally view a situation or location so as to have a deeper understanding’ for solving problems or making improvements. To put it simply, Genchi Genbutsu means ‘go and see for yourself’.

Thus, Toyota employees have been travelling to different countries on four continents prior to Asia for experiences and knowledge that cannot be gained simply from driving cars on test courses or simulated in climatic chambers. 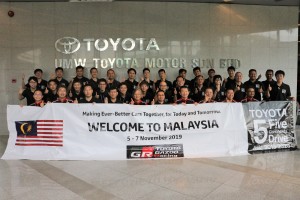 Since the 5 Continents Drive Project began in 2014 in Australia, the total distance travelled has been approximately 103,000km. Data collected on this journey has been flowing back to Toyota City over the past four years, with improvements made in various areas as a result of the participants understanding issues.

There have not just been improvements for products but also in manufacturing and white-collar management areas such as logistics, costing, etc. Although the Toyota 5 Continents Drive Project will conclude next year, this is ongoing process and learnings will continue to be implemented into future models as well, thus promoting sustainable development. 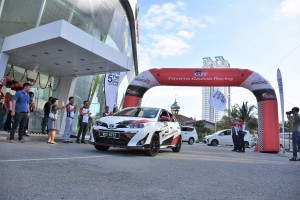 This weekend, Round 2, Season 3 of the Toyota Gazoo Racing Festival will take place at Bandar Malaysia, Kuala Lumpur (the former Sungai Besi airport). It is FREE entry from 9 am to 6 pm on both Saturday and Sunday (9-10 November 2019).