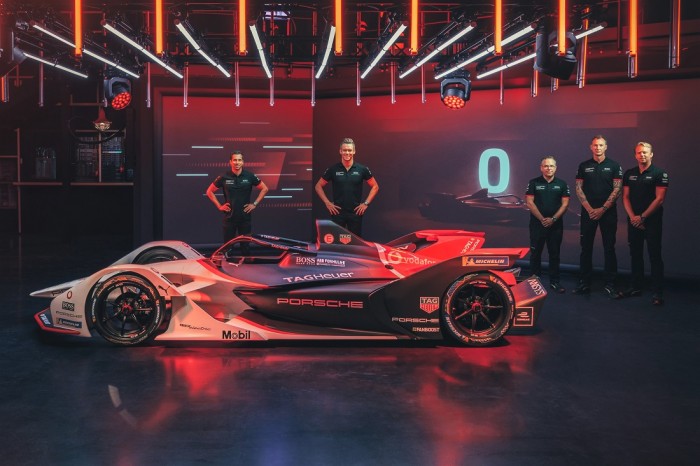 The Porsche Taycan is expected to be launched at the Frankfurt Motor Show. But in the meantime, we got the international debut of another Porsche-branded electric vehicle i.e. the Porsche 99X Electric. The 99X Electric is Porsche’s works entry for the 2019/2020 season of the ABB FIA Formula E Championship. 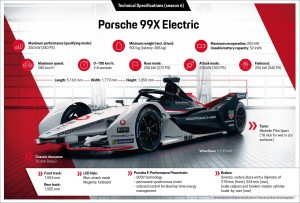 Like all Formula E cars, the 99X will have a maximum output of 250 kW (338 hp) from its electric motor and a 52 kWh battery pack. New regulations dictate that drivers now need to run the car in two different modes during the races i.e. ‘Normal’ mode (with power capped at 200 kW) and ‘Attack’ mode (capped at 235 kW). 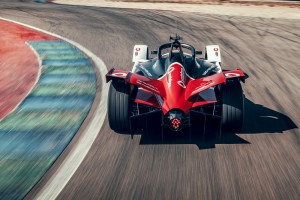 The TAG Heuer Porsche Formula E Team also welcomed another member from the Porsche family. Pascal Zurlinden, Director GT Factory Motorsport since 2018, will take on a key role in Formula E in addition to his role in GT works racing as Director Factory Motorsport. The Frenchman has been working for Porsche at the Weissach development centre since 2014, initially on the LMP1 project, and in the GT sector since 2017.

“I’m looking forward to also being part of the TAG Heuer Porsche Formula E Team from now on and supporting my colleagues with my experience. The Formula E concept is very interesting and is different from traditional motorsport series, a new and exciting task that I am really looking forward to. Of course, it is also great to see so many familiar faces from my time in LMP1 and to be working with the team again,” says Pascal Zurlinden. “Today sees the Porsche 99X Electric join the list of historic Porsche motorsport cars. The naming and the design give the car its initial character and bring it to life. It is a special day for everyone who has put a lot of work into the Porsche Formula E project in recent months,” he added.

The development of the Porsche powertrain, the ‘Porsche E-Performance Powertrain’, has played a central role from the start. The Formula E regulations stipulate a standardised chassis and a standard battery, while the drive technologies are developed by the manufacturers. The engineers were able to make use of their LMP1 experience when developing the Porsche Formula E powertrain. With the hybrid technology, the foundations were laid for electric mobility.

“In hindsight, we laid the foundations for Porsche’s future involvement in Formula E during the LMP1 project. We used the insights gained during that time in the development of the Porsche Formula E powertrain. We focused on building a highly effective powertrain with the highest level of efficiency,” says Malte Huneke, Technical Project Leader Formula E. 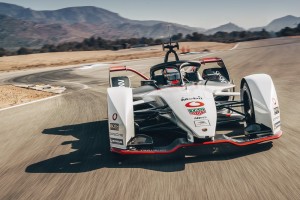 The 800-volt technology used in Formula E is also used in the series production of the fully electric Porsche sports car, the Taycan. In addition, energy management and efficiency are the keys to success in both Formula E and series production. This is where the permanent synchronous motor comes into play which has an important role in optimising the drive concept.

“In recent months, we have been able to sound out the reliability of the Porsche Formula E powertrain on the racetrack and on the test bench. We are very pleased and are optimistic going into the final preparations for the first race,” says Huneke. “In the coming weeks, we will focus on the performance of the Porsche 99X Electric. This is the next step on the road to the Porsche works entry in Formula E,” says Amiel Lindesay, who is from now on Head of Operations Formula E.

The TAG Heuer Porsche Formula E Team will make its first official appearance in mid-October 2019 at the Formula E test in Valencia, Spain. “Both Porsche 99X Electric will take to the racetrack there for the first time, with Neel Jani and André Lotterer in the cockpit. From an operational perspective, it will be an exciting assignment for everyone involved. A good test before we contest our first Formula E race in November,” says Lindesay. 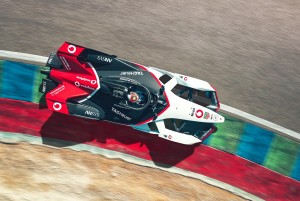 In terms of the design, the traditional Porsche motorsport colours were chosen for the Formula E racing car. From a bird’s-eye perspective, the Porsche emblem is clearly visible around the Halo system. As usual, the naming format is three digits which represent Porsche racing cars and two-door sports cars. The highest number, nine, was used twice, to re-emphasise the importance of the Formula E project for Porsche, while the X stands for the forward-looking approach and prototype racing. The Porsche 99X Electric also serves as a development platform for future fully electric production models.

Formula E marks the return of Porsche to single-seater racing after more than 30 years away. Entering Formula E and the accompanying restructuring of the motorsport involvement can be derived from the 2025 Porsche strategy. In addition to traditional GT road-going sports cars, fully electric sports cars are also firmly anchored in the strategy. Both should be reflected in the Porsche world of motorsport in the future. A large part of the corporation’s ‘Mission E’ is also the presence and success in motorsport with race cars with electric drive. In terms of hybrid technology and thus e-drive technology, racing and production have been enriching each other at Porsche for around a decade: the first hybrid race car, the 911 GT3 R Hybrid of 2010, went into the development of the 918 Spyder. In part, the 918 was the basis for the 919 Hybrid, which in turn influenced the development of the Porsche Formula E powertrain and the Porsche Taycan.