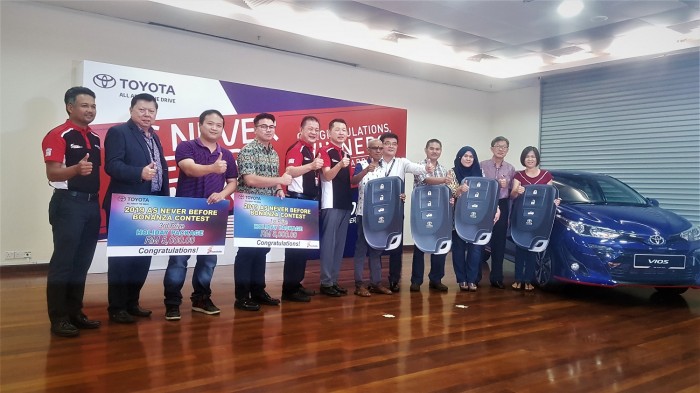 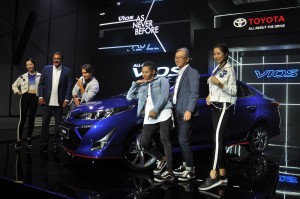 Shah Alam, 2 August – Earlier this year, in January, UMW Toyota Motor Sdn Bhd launched the new Toyota Vios, and in conjunction with the launch, also released its first-ever music video titled ‘As Never Before’ featuring Shukri Yahaya and Shawn Lee. The music video was shot with cameras mounted on the new Vios. Consequently, UMW Toyota Motor also started the ‘As Never Before Bonanza’ sales campaign, which ran from 1st January to 30th April 2019.

This sales campaign involved offering the public a chance to win attractive prizes when they visit a Toyota showroom for test drives, and also when they buy a Toyota. “We were delighted with the response from the public to our ‘As Never Before Bonanza’ campaign which ran for the first four months of this year. With fresh new models in the showrooms, it was an opportunity for customers to drive and experience the latest Toyota models” said Ravindran K., President of UMW Toyota Motor. 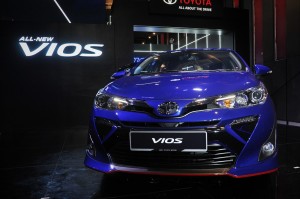 Four brand new Toyota Vios 1.5G were offered as Grand Prizes for customers who purchased and registered a new Toyota vehicle by 30th April. The lucky four who are Toyota owners, now own another new Toyota. And they are Pugalendran A/L Chelliah, who bought a Rush; Lee Yian Ling, a Vios; Siti Aishah Binti Mohd Said, a Hilux; and Hasmynor Bin Ahmad, an Avanza.

“Congratulations to the lucky winners. It is our way of thanking you for your loyalty and support which has helped make Toyota one of the favourite brands in Malaysia for decades,” Mr Ravindran added.

During the campaign, those who visited Toyota showrooms and tested a Toyota model, also had a chance to win holiday packages worth between RM5,000 to RM8,000 as well as electronic devices such as an Apple iPad, VIVO NEX and Samsung Note 9 phones.

The winners of the holiday packages are Kok Beng Hin who tested a Corolla Altis, while Ng Joon Ka and Lukman Hakim Bin Kamarudin tested the Vios.

Upcoming promotions as well as more information on Toyota products and services can be found at toyota.com.my or by visiting any authorized Toyota dealership nationwide.

Here is the music video:

And a behind-the-scenes look at making the video: