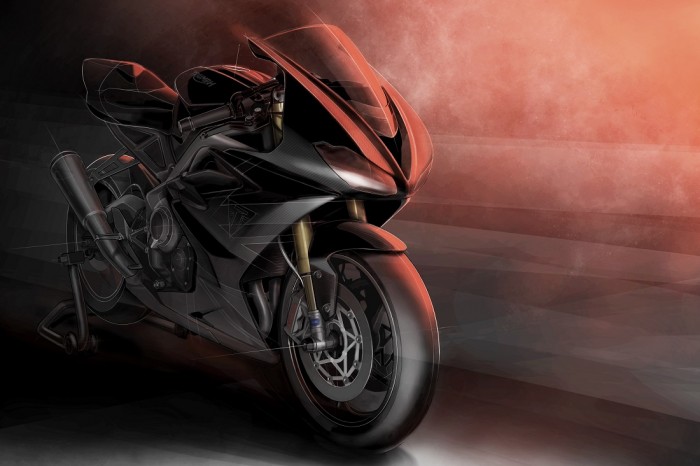 Triumph will launch two versions of the new Daytona on 23 August 2019 i.e. one version for Europe and Asia, and one for USA and Canada. Each version will be limited to 765 bikes (making our title technically misleading), and each bike will come with a serial number. 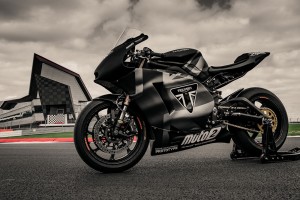 Both will feature a new Moto2 derived 765 cc triple engine which itself is a development of the class-leading Street Triple RS 765 cc road motorcycle and produces more than 140 PS and the same visceral soundtrack. The engine sits within a championship-winning sports-focused chassis, delivering the highest power and torque ever from a production 765cc, plus the highest specification of equipment ever, as well a limited edition race paint scheme.

Reflecting Triumph’s position as the exclusive engine supplier to the Moto2 class of the FIM MotoGP World Championship, and sharing some of the key developments from the race engine programme, both limited edition versions will be revealed at a special press event on Friday, 23 August at the Silverstone circuit, where full specifications and details will be revealed.

Both bikes will also be showcased in a spectacular parade lap over the race weekend, ridden by two former motorcycle world champions.

This new limited edition Daytona delivers the closest you can get to a genuine Moto2 factory ride for the road. And if you want one, remember that only 765 units are available for Europe and Asia.