Doi Chang mountain in Thailand is known for its coffee plantations and hiking trails, and now it is home to a Guinness world record. The record run attempt is part of Caltex’s Fuel Power Challenge and is documented in the two-part National Geographic series, Record Rides. 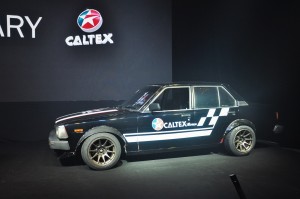 The record run up the narrow and winding road of Doi Chang was attempted by Natasha Chang, a professional race car driver of Puerto Rican-Chinese descent, and KC Montero, a television host. Natasha drove a stripped down naturally aspirated 28-year-old Honda Civic EG hatchback, modified with lightweight performance parts. while KC drove an equally old modified Toyota Corolla KE saloon that is turbocharged. Both cars were powered by Caltex petrol.

KC’s attempt up the mountain clocked in at just over seven minutes, well under the ten minute time target. It would be his only attempt due to a gearbox issue after the first run. But it was Natasha’s final run which surpassed KC’s time to set the record for the Fastest Ascent of Doi Chang Mountain Road by Car. She clocked six minutes and 52.692 seconds. 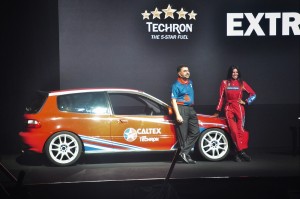 “I knew from the get-go that this journey was going to be filled with challenges, however, I was determined to validate the notion that fuel is one of the most important aspects of a car thus, the right fuel can only maximise your vehicle’s potential. With Caltex with Techron, the performance of the car we built from scratch for the attempt on a seemingly impossible timeline only got better which resulted in us breaking new ground in fuel innovation,” said Natasha Chang. 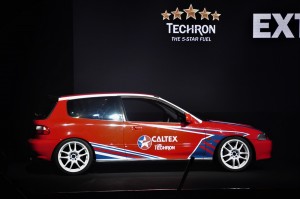 “Caltex with Techron is specially formulated to clean and protect engines. The Guinness World Records title achievement helps demonstrate how a clean engine powered by Techron can function at its optimum, which includes delivering maximum power to your wheels. This is the same fuel that our customers can experience at their neighbourhood Caltex stations to power their everyday drive,” said Greg Engeler, Product Engineering Manager for Caltex.

Techron’s unique chemistry is proven to remove and protect an engine from deposits in the intake valves and port fuel injectors, allowing the engine to perform at an optimum level.  The Clean and Glide Technology in the Techron additive also helps reduce friction to help maximise power.

Local personality, Dato’ Hans Isaac, who is also Celebrity Partner of Caltex Malaysia said he is proud to be associated with a global brand like Caltex. Inspired by the Doi Chang challenge, he will be taking on a local challenge.

“As someone who thrives on challenging myself to go further, this feat achieved by Caltex inspired me to push the limits of Caltex with Techron myself, on Malaysian roads. That’s how I’ve decided to go on a challenge to further prove the efficiency of Caltex with Techron. With only one tank of this innovative fuel, my friend Man, and I, will attempt to drive up Cameron Highlands in our national car, the 1985 Proton Saga. I guess you will have to stay tuned to find out if we succeed or not,” he added.