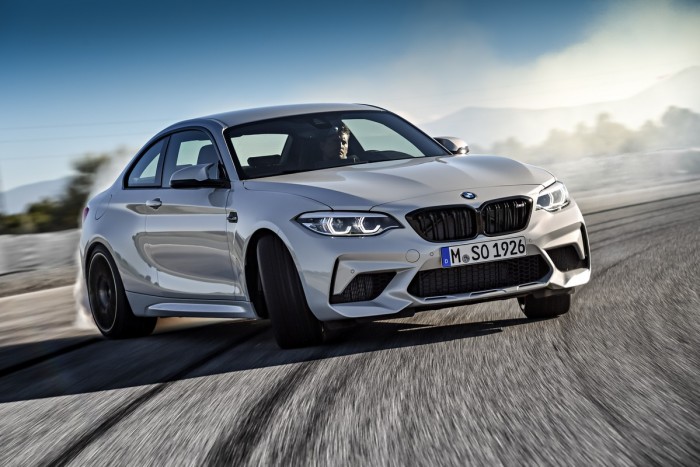 Sepang, 28 June 2019 – It was a great day, probably the pinnacle of my days as a motoring media, at least, for 2019, because this is the day I got to not only witness the launch of the BMW M2 Competition, but to drive it as well, and of all places, at the Sepang International Circuit (SIC).

The BMW M2 Competition is in its facelift stage, having been launched as the M2 a couple of years ago. It is inspired by the BMW 2002 Turbo that was launched in 1973, and in fact, two early units actually took part in the Enduro Race at Batu Tiga in 1975. At that time I didn’t have a car to race, so my involvement was as the official Start Marshal, whose job was to wave the Start and Finish Flag. 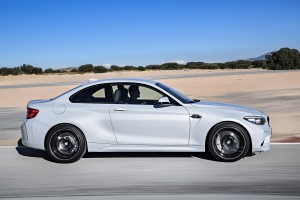 Just like the original 2002 turbo, the M2 Competition is a 2-door Coupe, front engine, rear wheel drive, but that is as far as the similarity goes. Now, in keeping with the times, there is a 3.0 litre turbocharged straight six lurking in the engine bay. This is the same base engine that is found in the M3 and M4. Drive is to the rear wheels through a rear differential and axle borrowed from the M3. In fact, many of the drive train and suspension parts are from the same M3 parts bin, so we know the M2 is just as durable as the M3. The transmission in the launch and test cars on track on that day were 7-speed Dual Clutch Transmissions, but we are told that a 6-speed manual is available on request. Personally I don’t foresee anyone asking for one as the DCT is so easy to use, unless it is for racing use. The Malaysian model comes with 19-inch wheels and staggered tyre sizes. 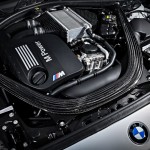 The turbocharged engine develops 410 horsepower and 550 Nm of torque. Zero to 100 km/h acceleration is done in 4.2 seconds and top speed is electronically limited to 250 km/h. Fuel consumption is mooted at 9.1 litres per 100 kilometres under NEDC conditions, Utopian as far as I am concerned. However, this number is good as a reference point, and probably achievable if you drive it like you would gently stroke a pussy cat. 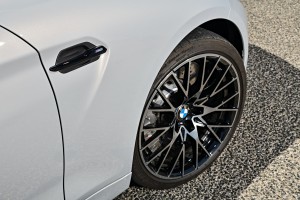 Brakes are humongous 4-pot calipers at the front, and two pot calipers at the rear, ventilated at both ends, plus drilled to boot. The driver also has the option to select three drive modes, Comfort, Sport and Sport +, and additionally there are two M1 and M2 buttons that allow a combination of settings for the driver to pre-select in terms of suspension, engine tune and steering.

Despite the fact that his is a performance car, there is a decent two-zone air-conditioning system, with compressor cut-off at high engine RPMs, and a 8.8 inch infotainment system with navigation and a Harman Kardon Hifi Speaker system as basic comfort items, and the rear seats even split and fold down for additional stowage space, so this car can be used as a daily driver. Dakota leather upholstery is standard. 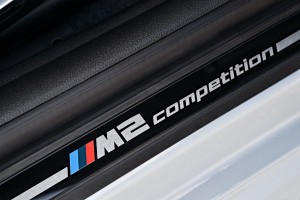 Key highlights about the performance are a specially tuned BMW sports exhaust system with twin pipes at the rear, a Dynamic Stability control and M Dynamic mode that allows for more wheel slip before activating DSC, Cornering Brake Control, (which explains the braking sound on the inner wheels in Turn 2,) and Integrated Chassis Management, and six airbags.

The BMW M2 retails for RM626,800, and this includes a 5-year unlimited warranty, and Free Scheduled Service Programme.

We did a short test of the M2 Competition on track, and you can watch the video of that and the walkaround review here: