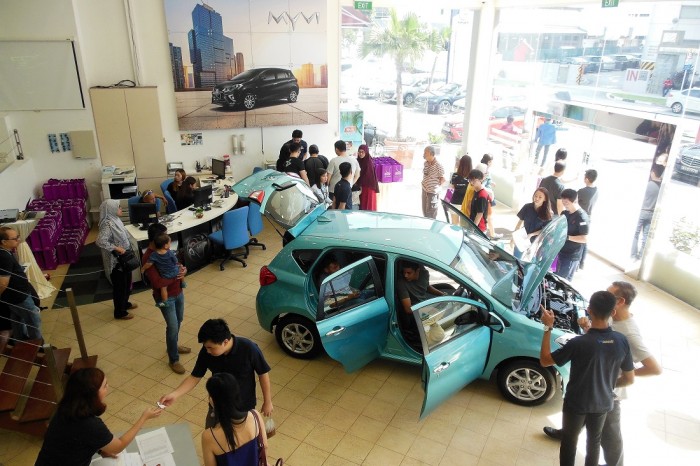 The latest Perodua Myvi has made its debut in Singapore, with two variants available in the island republic – the 1.3 X AT and 1.5 H AT. The respective variants retail at SGD64,800 (RM197,093) and SGD69,800 (RM212,301), inclusive of Goods and Services Tax and the Certificate of Entitlement (COE). And while they seem expensive to people who don’t earn in Singapore currency, these prices are within the price range of such cars as the Hyundai Accent 1.4 and Nissan Note 1.2.

“The Perodua Myvi has been very well received by Malaysians, and the enthusiasm has also found its way to Singapore, where there is a niche yet loyal cult following eagerly awaiting the arrival of the third-generation model,” said Perocom Auto Pte Ltd Managing Director Mr John Ng. Perocom Auto is the sole authorised Perodua distributor in Singapore since 1997.

“The current-generation Myvi’s foray into Singapore is significant in terms of brand presence despite the high barriers for entry into this mature market. This also marks the model’s first export destination under the Perodua brand,” Perodua President and Chief Executive Officer Dato’ Zainal Abidin Ahmad said. The launch event was held last Saturday at Perocom Auto’s outlet in Ubi, and attracted some 250 customers.

Perodua also exports this third-generation Myvi to Indonesia where it is rebadged as a Daihatsu Sirion. The current Myvi has an upper body that was developed in-house by Perodua, and built on Daihatsu’s compact car platform. 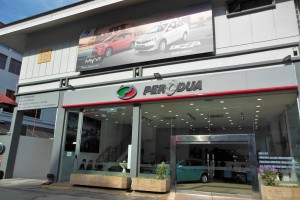