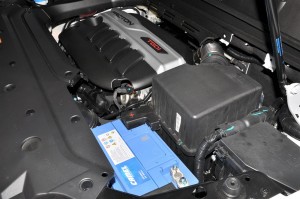 Camel Power Malaysia is not a familiar name to most Malaysians, but it is an important one nonetheless, as it has been given a Letter of Acceptance, at the Automechanika Kuala Lumpur 2019 trade show, by carmaker Proton to supply its Camel Power batteries for the locally-produced Proton X70 and future models.

Simultaneously at Automechanika, Camel Power Malaysia also held the official launch of its production plant in Kuantan, Pahang. This is the first Camel Power automotive battery manufacturing plant in Southeast Asia, and the largest. It is expected to be operational in June 2019 and will also serve ASEAN, Australia and New Zealand, the Middle East and North America.

Camel Power Malaysia is part of the Camel Group of China, the largest SLI (starting, lighting, ignition) battery manufacturer in Asia. Founded in 1980, Camel Group is an integrated battery manufacturer with research and development, smelting, manufacturing, logistics and recycling. It holds over 200 patents and spends 3% of annual revenue on R&D; in 2017 it posted annual revenue of ¥7.28 billion (approx RM4.4 billion). 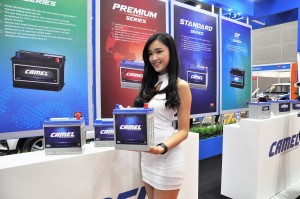 The company designs and produces over 400 types of batteries, including batteries for cars, trucks, forklifts, golf carts, marine vessels, agricultural vehicles, and batteries for special applications. It is an OEM battery supplier to major automotive brands in China, including Geely, BMW, Honda and Volkswagen. Its current share of the OEM market in China is over 40% while its aftermarket share is over 30%. 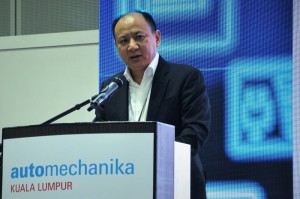 “We are proud to be the largest automobile battery manufacturer to be built here in Malaysia. With the manufacturing plant, we are looking at an estimated production of 5 million batteries annually. In addition to that, we are expecting to provide 600 employment opportunities for the east coast region once operations fully commence in June 2019,” said Liu Changlai, Chief Executive Officer of Camel Group Co, Ltd.

Camel Power is looking to invest US$100 million in its first and second phases of operations in Malaysia, which will include the setting up of battery production, testing and technical research and development. About 20% of the estimated production capacity of 5 million will be for the local market while the balance will be for export. 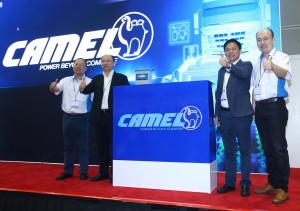 The company is looking at investing a further US$50 million in its third phase which will involve a battery recycling plant. “In line with Malaysia’s national automotive policy, we will work closely with local automakers and assembly plants to introduce the latest start-stop battery technology and lithium battery technology. Whilst promoting the development of the Malaysian automotive industry, we will also focus on environmental protection and contribute to sustainable development in Malaysia,” added Mr Liu.