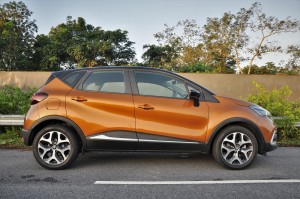 Kuala Lumpur, 14 March 2019 – A total of 85 lucky winners of the ‘Renault Test Drive Challenge’ received prizes from TC Euro Cars (TCEC), the sole franchise holder for Renault vehicles in Malaysia. This contest was held in November and December of 2018 and all one had to do was visit a Renault showroom and get behind the wheel of a Renault and enjoy the driving experience. The contest was also opened to GoCar customers who tested the Renault Captur via the ride-sharing platform.

In total, five grand prizes of brand new Apple iPhones XS were given away, in addition to 50 petrol gift cards worth RM100 each as well as 30 exclusive Renault gift packs.

This campaign had generated an overwhelming number of test drives for Renault. “We’re gratified that so many people have participated in this test drive challenge and gotten behind the wheel to try out a Renault vehicle. Congratulations to all the winners. We hope to hold more of such campaigns to bring the brand closer to more Malaysians and give them more reasons to consider a Renault,” said Kuan Kim Luen, CEO of TC Euro Cars Sdn Bhd. 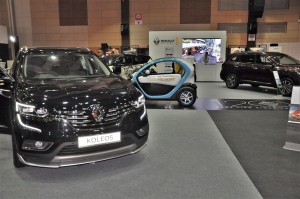 “I was very surprised to win one of the grand prizes and my thanks to TCEC and Renault for conducting this campaign. I’d entered on a whim as I was interested in test driving the Koleos, after the recommendation of a client who had bought the Captur. The experience with the Koleos was fantastic and I’m particularly impressed with its premium interior, customisable ambient lighting and great performance,” said Mohamed Al-Azadi Aljohari.

Ganesh Kumar Manokara who test drove the Captur said he was initially attracted to the prospect of winning the Apple iPhone XS although he didn’t think he would be lucky enough. “I’m delighted to have been picked as one of the winners and I also appreciate the very positive experience I had with the Renault sales consultant who was very helpful throughout my purchase process,” he said.