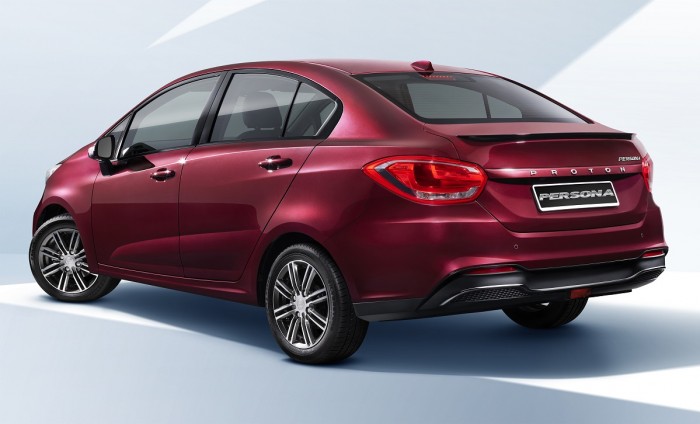 National automotive brand, Proton, has released official rendered images of the upcoming Persona facelift. No longer is every new model treated like it’s fit to be classified under the Official Secrets Act, because now, the company sees teasers as beneficial to the brand, publicity-wise; although it is somewhat detrimental to the media.

The company’s B-segment sedan will see its facelift get an official launch in due course, together with the Iriz facelift, which has also had official renderings released. These two will be the first models in the company’s current line-up to be given an extensive exterior refresh since the start of the collaboration with Geely in 2017. 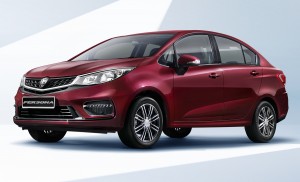 The exterior of the Persona gets updates that give it a familial identity to the X70 SUV. The front now sports a new outer grille inspired by the “Ethereal Bow” seen on the X70, as well as the “Infinite Weave” grille pattern, and a redesigned front bumper.

New too are the sleek LED daytime running lights (DRL) within a honeycomb mesh housing, while a new bumper lower garnish ties together the new design elements of the front bumper and frames the lower air intake more elegantly.

The most noticeable change in the rear is the “PROTON” name spread out over the trunk lid garnish and the removal of the brand’s logo. A new bumper lower garnish and a slimmer spoiler adds a sporty touch. The Persona badge also receives a new bolder and more flowing typeface to keep with the overall exterior styling theme. The 15″ aluminium wheel design is also new, and a shark fin antenna tops off the exterior styling. 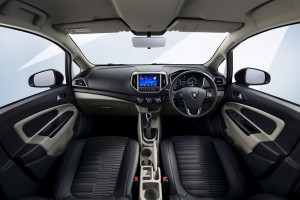 The company will market the Proton Persona as an ‘intelligent family car’ and will come equipped with a colour touchscreen for access to connectivity options as well as voice command functions. A system similar to that used in the Proton X70, and developed by PROTON and ECARX, will be included. The Persona will be the first B-segment family sedan to offer such a system to Malaysian car buyers.

The media will be given a preview of one or both of these models soon. More information on the infotainment system and the technical specifications of the Proton Persona will be released closer to the launch date.