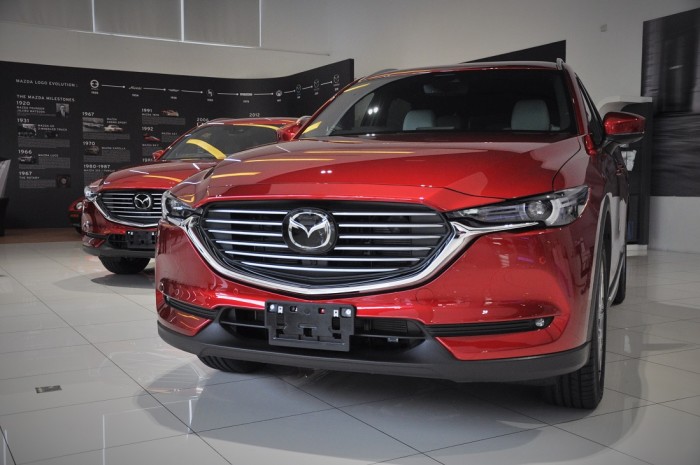 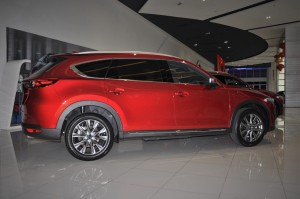 Bermaz Motor, which distributes and sells Mazda vehicles in Malaysia, has put the Mazda CX-8 on preview. This SUV will be locally assembled in Kulim, Kedah, and could see its official launch either in the third or fourth quarter of 2019. The locally assembled vehicles will also be exported to regional markets. Currently, an estimated 60% of the Kulim volume is exported, making Mazda one of the few brands with substantial exports out of Malaysia. 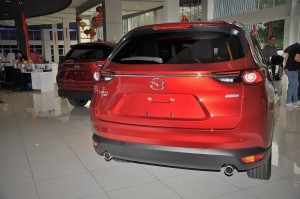 Four variants of the CX-8 are planned, with three petrol versions (all in 2WD only ), and one turbo diesel version (AWD). The most noticeable differences between the variants are the choice of upholstery (fabric or leather), and the number of seats (six vs seven). One of the petrol variants will be a seven-seater, while the other two will be six-seaters. 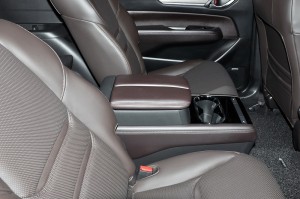 One of the latter will feature Captain seats in the second row with a walk-through passage, while the other will have second row Captain seats (leather) and a dedicated centre console. This last one is the most luxurious of the three petrol variants; the diesel variant will have the same luxurious fitting as this. The specifications of all variants are not final and still subject to change. As such, please treat the images here as untuk tujuan ilustrasi sahaja. 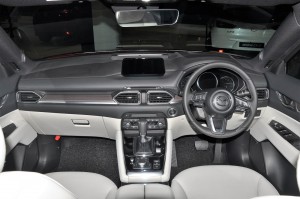 Powering the petrol variants is the 2.5L SkyActiv-G with 192 hp and 257 Nm of torque, while the diesel gets a 2.2L SkyActiv-D Euro 5 turbo with 188 hp and 450 Nm. Both engines are paired with the SkyActiv Drive 6-speed automatic transmission with manual shift mode. 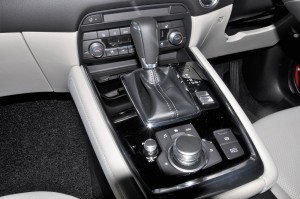 As mentioned, the specifications aren’t finalized (Bermaz is still open to feedback), but Mazda’s G-Vectoring Control, and MZD Connect infotainment system with voice command can be expected. Mazda is also positioning itself as a more premium Japanese brand so expect more upscale trims and offerings.