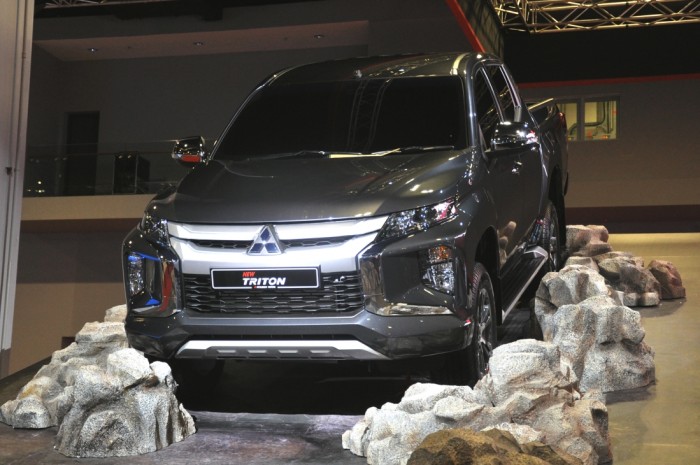 The new Mitsubishi Triton was previewed to the media during the KLIMS 2018 media day at the Malaysia International Trade and Exhbition Centre. KLIMS is still going on now until 2 December 2018. According to Mitsubishi Motors Malaysia, the new Triton will see its Malaysia launch some time in the first quarter of 2019 but all authorised Mitsubishi Motors showrooms are accepting bookings. The first 1,000 people who book and register the new Triton will receive an exclusive limited edition Thule all-purpose luggage bag worth RM2,000.

The new Triton is fully imported from Mitsubishi Motors Coporation’s (MMC) regional production hub in Thailand. For Malaysia, there will be five variants offered and prices are expected to range from RM100k to RM140k in Peninsular Malaysia. 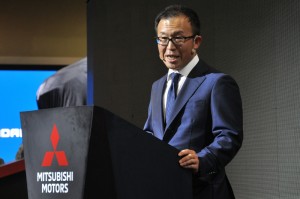 “Mitsubishi Motors Corporation has been producing pick-ups for the past 40 years, since 1978. To date, over 4.7 million units have been built and are being used in some of the most extreme road conditions around the world. In Malaysia, the Triton has found more than 70,000 proud owners since its launch in 2006,” said Tomoyuki Shinnishi, CEO of Mitsubishi Motors Malaysia.

“Our principal, MMC in Japan, recently launched a new global tagline called ‘Drive Your Ambition’. It is a powerful statement of our commitment to the values and aspirations of its drivers. The new Triton is developed based on the concept of ‘Beyond Tough’ image and we believe it will impress customers with its tougher exterior, superior handling, as well as advanced safety features,” he added.

The new Mitsubishi Triton wears the new Dynamic Shield fascia and design, with slim headlights and fog lamps and indicators tucked into the corners. Moving the wheels is the award-winning 2.4-litre MIVEC turbodiesel engine with Variable Valve Timing, paired to a new 6-speed automatic transmission. This engine produces 181 PSand 430 Nm. The new Triton comes with a Super Select 4WD II with off-road mode.

Depending on the variants, the Triton will also include 7 airbags, Electronic Brake-force Distribution, Active Stability with Traction Control, Hill Descend Control, and Trailer Stability Assist, among others.