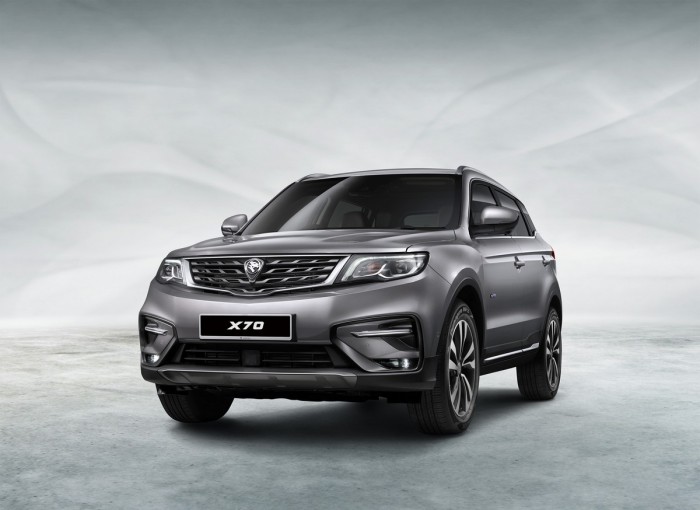 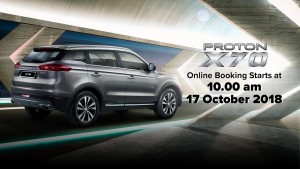 Proton has launched an online booking platform for its soon-to-be-launched X70 SUV (Click here for the link), for the technologically inclined. You can book a unit by providing your personal details, preferred model and colour choice as well as the city and state where you wish to collect your car. The booking fee is paid online, with a system-generated receipt sent to your email. Proton will then assign a sales advisor to handle your order and contact you within seven days to process the booking. As with bookings made at any Proton outlet, a full refund will be given if you change your mind.

The X70 will be available in four variants : Standard 2WD; Executive 2WD; Executive AWD; and Premium 2WD. All variants are powered by a 1.8L turbocharged direct injection petrol engine with output of 181 hp and 285 Nm, paired with a 6-speed automatic that sends power to either the front wheels (2WD variants) or all (with a front bias). 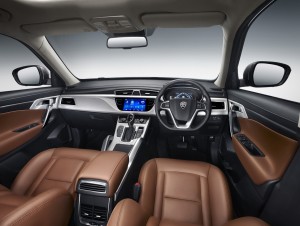 The exterior is nearly identical to the Geely Boyue with some minor tweaks, as is the interior (except the Proton is right-hand-drive) so we won’t delve into that. FYI, the Standard variant gets fabric seats; the Executive, leatherette; and Premium, Nappa leather. All variants will get six airbags and electronic stability control.

Recently, Proton gave the media a demonstration of the X70’s connected technology features, which is available across all variants (yes, even the base spec will get infotainment with a touchscreen). The SUV comes with an eSIM so you don’t have to use your phone as a hotspot to use the vehicle’s connected features; it does have WiFi connectivity if you choose to connect your phone. 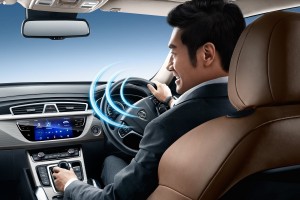 The X70 is preloaded with apps offering services like online radio, online music, navigation and weather forecasts as well as advanced voice recognition software, via various providers. For example, the map is supplied by HERE via Baidu’s service. The infotainment system is Android based so it isn’t fully compatible with Apple devices.

The voice recognition software makes use of two microphones embedded in the touchscreen display bezel, and is activated by the phrase “Hi, Proton”. Once activated, you can use voice commands to prompt the system to perform a host of functions with simple conversational phrases such as “Open the sunroof” (only the Premium has a panoramic sunroof), “I’m cold” (to which it would increase the aircond temperature), and “I’m hungry” (the navigation system will suggest a list of eateries nearby). Proton stated that it is working with Geely on developing voice recognition for Bahasa Malaysia, but those looking for loghat recognition might be disappointed.

In the short time we tested the voice command, we have to admit that it is more natural to use than some of the systems available in premium marques, and certainly shows better recognition and response to our spoken commands. This is because the system has artificial intelligence and over time, will become more familiar with the way you speak. 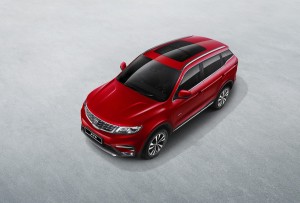 Proton is continuing its pre-launch X70 customer previews, having held sessions in Kuching the last couple of days. The previews will continue in Kuantan and Ipoh with the final session due to be held in Kota Kinabalu.

“The customer response to the Proton X70 has been overwhelming. Attendance at our preview sessions has been very high with the majority of attendees saying they are impressed by the quality and specification offered on the first model to be jointly developed by PROTON and Geely. It will be a game changer for PROTON and customers acknowledge this, judging by the strong pre-launch booking numbers. Therefore we are working hard to ensure the cars delivered meet the heightened expectations of our customers,” said Abdul Rashid Musa, Chief Executive Officer of Proton Edar.