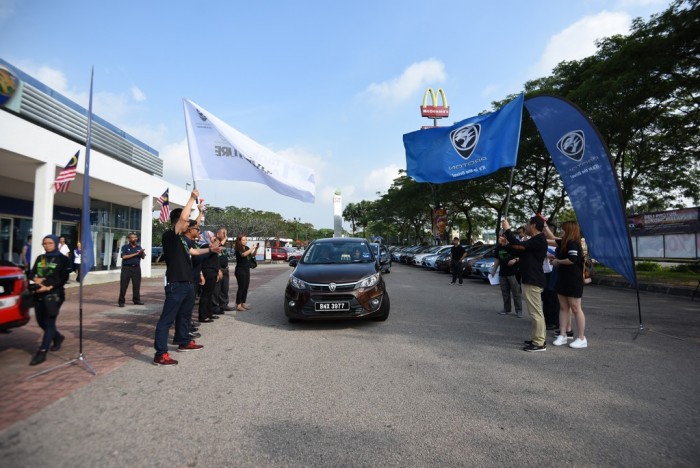 The recently-completed Proton 1 Tank Adventure was a great way of demonstrating that Proton cars, in particular the Iriz, Saga and the Persona are capable of achieving better than 25 kilometres per litre, and here is the excerpt from Proton’s release that says it all:-

“The best team in the Proton Saga category was the media team of Ross Hadi and Stanley Raymond, who lapped the field with an average fuel consumption of 3.72L/100km. This wasn’t quite the best figure achieved throughout the competition for a Saga but it was still nearly half a litre better than the next best team.

Meanwhile, the best team in the Proton Iriz category was also from the media with Yap Kam Foo and Brenda Yang smashing the previous record of 4.95L/100km by posting 3.5L/100km, matching the overall competition record set by a Proton Saga in the very first round. The clubbers and owners did however set the best figure in the Proton Persona category with Khairul Ashraf and Zuhairie claiming the top spot with a record figure of 3.92L/100km.”

Yours truly also participated in the grand finals, that started from Kulai in Johor on a Friday morning, and finished in Juru, Penang the next day, with an overnight stay in Petaling Jaya. The route covered 700 kilometres, and with my team mate Rigval Reza from Motoring-Malaysia, we managed 4.3 litres per 100 kilometres, claiming victory in the media category for the Persona.

Those who are skeptical or doubtful would surely be asking typical questions in the Malaysian way, like, “Got meh?” or “Can or not?”, and those of you who do own Protons like the models mentioned above would be quite confused, because what you are achieving in your current cars would be nowhere even near these numbers as claimed.

The truth is, the above figures are totally achievable, and given the right conditions, you can achieve results equal to or at least achieve very similar numbers, but other than doing it to test your skills at being ‘light-footed’, I would not recommend that you do this on a daily basis.

Firstly, one must understand that the participants in the Proton 1 Tank Challenge, as the nameplate suggests, were taking part in a competition, wherein the goal was to see how far one could go on a tank of petrol; in this competition, other than the fuel tank being sealed, and a few checkpoints where we had to clock in and out of, there were no other rules. The set average speed (based on how much time they gave to the competitors to get from one point to another) throughout was around 35 to 50 kilometres per hour, so there was plenty of time. Participants also had the choice to use or not use the air-conditioner, and some did, while others did not. (The air-conditioner accounts for approximately 0.2 litres per 100 kilometres, so over 700 kilometres, it would potentially save a participant 1.4 litres of fuel). 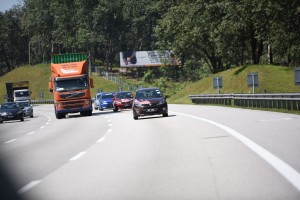 Secondly, it is the driving technique that helps to achieve the fantastic consumption figures – whilst the Proton 1.3 litre engines in the Iriz and the Saga plus the 1.6 litre engine in the Persona are basically robust and economical to run, the normal fuel consumption for normal driving, depending on individual drivers, would range between 6.0 to 10 litres per 100 kilometres, and perhaps some drivers who are heavy-footed might even get worse results. Skilled driving techniques include extremely light accelerator pedal pressure, letting the speed build up slowly, and keeping the engine revolutions low (between 1.500 to 1,800 rpm). It also includes the ability to sense the ‘sweet spot’ of the car, where the engine and gearbox is in sync with each other. The CVT (Continuously Variable Transmission) that transfers drive to the road in all three models requires the cars to be driven at a certain minimum speed of just below 60 km/h, below which the gearing is less optimal for good fuel consumption, and competitors need to know the right speed to drive, which varies according to the load, such as when the car is climbing up an incline. 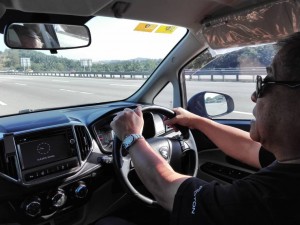 Additional skills would be the ability to take corners fast to minimize braking, and also to minimize braking especially when approaching an intersection or a traffic light – if you have to brake, it means you are ‘wasting’ whatever energy you used to pick up the speed – therefore, one has to ‘anticipate’ traffic and light changes at intersections.

One more trick is ‘coasting’ in neutral, which is used extensively be a new breed of drivers who call themselves ‘hyper-milers’ a term first coined in the US for people who go to great lengths to get good fuel consumption. However, coasting in neutral can potentially be dangerous, especially on winding roads, and accidents can happen, and unless you are really an accomplished driver, don’t even think about it. Coasting is done on stretches that are downhill – the cars use up a little more fuel climbing up the slopes, so the drivers try to save some on the way down – during the run, we were actually overtaking cars going downhill. 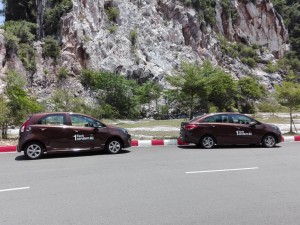 Another reason I would not recommend that the ordinary driver should try for 25 kilometres per litre fuel consumption in a Proton, or any other car, for that matter, is that it would make your life quite miserable – other than the fact that you would be sweating in the hot sun due to switching the air-conditioner off, and windows wound up fully to smoothen air flow around the car, you would be driving quite slowly – the optimal speed for best fuel consumption is between 60 km/h to 70 km/h in a Proton Persona (which we discovered on our journey between Johor and Penang). And why would it be miserable? Let me tell you that for sure you would be quite miserable if you had to drive all the way from Kulai to Juru at an average speed of 56 kilometres per hour, nursing the throttle all the time to make sure you do not waste even a tiny speck of fuel, paying one hundred percent concentration to the driving, and trying not to be a nuisance to other road users. At this point, I might add that other road users do not take kindly to a whole bunch of Proton cars moving slowly, albeit on the left lane, on a highway, and some of the bus and truck drivers were threateningly close quite a few times – if I had not taken to the emergency lane to avoid a stubborn truck driver coming up to me from behind, I am quite sure we would have been hit, a few times.

Well, there you have it – whilst it is good to know that all the three current Protons, the Saga, Iriz and Persona can be very economical, do not try to emulate what the competitors have achieved. Yes, you can try to improve your own fuel consumption, and it applies to whatever car you may be driving, but do not go overboard. What I would recommend would be the following, which, if practiced consistently, would see a drop of at least 20 percent in your fuel bills:- 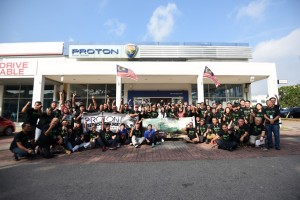 Word has it that a ‘good’ driver can save up to 30 percent of fuel just by technique alone – and these techniques are covered in the four steps above – do not try to get 25 kilometres per litre – you might end up paying more, in other ways.