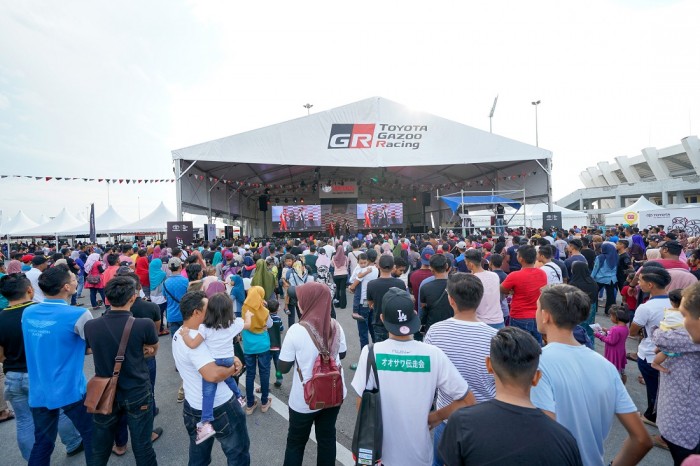 Kuala Terengganu, 4 August, 2018 – The Toyota Gazoo Racing Festival in Kuala Terengganu kicked off without a hitch yesterday, and the first round of the Vios Challenge races got off smoothly too, but produced some surprises, making it even more interesting for the coming race today and onwards into the next rounds. 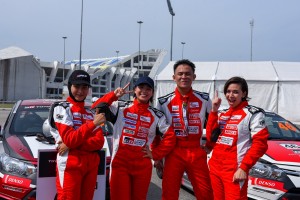 In the Promotional Class, the lady celebrities proved that they could be as good as the men, if not better, when two female racers took the podium. Diana Danielle pulled off a shocker when she clocked the fastest time in qualifying to take pole position. From pole, Diana led from start to finish in the 20 lap race to score top points. Diana drove steadily and steered clear of the barriers, gradually building up her lead over Akim Ahmad. Diana finished 2.412 seconds ahead of Akin, while Janna Nick romped home in third position. Akio Takeyama, Deputy Chairman of UMW Toyota finished a credible fourth. Wan Hasrita, another lady newcomer to the series, finished 5th, bringing the total number of lady finishers to three in the top five finishers. 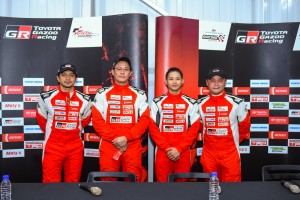 In the Sporting class, Shawn Lee and Shukri Yahya, both who joined as newcomers in the last season were promoted to the Sporting Class by virtue of the duo winning the top two positions in the Promotional Class. Shawn and Shukri pulled off another surprise by taking pole and second grid in the qualifying.

In the race itself, Shawn convincingly led from pole position to finish 8.348 seconds ahead of Brendon Lim. Kenneth Koh finished in third. Shukri Yahya had a small argument with a concrete barrier, just four corners into the start on Lap One and retired. 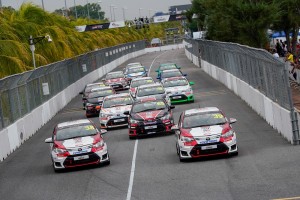 In the Super Sporting Class, Kenny Lee claimed pole position in qualifying, but it was William Ho who was first into Turn 1 in the race. Relegated to second place, Kenny Lee lost a place to Boy Wong a couple of laps later and that was how the race ended. Fourth place went to Keifli Othman with Mark Darwin finishing fifth.

Race 2 today will be very interesting as there will be a “reverse grid” put into play for each of the categories, wherein the winner of the previous round has to exchange positions with the eighth position winner, the second with the seventh, and so on.