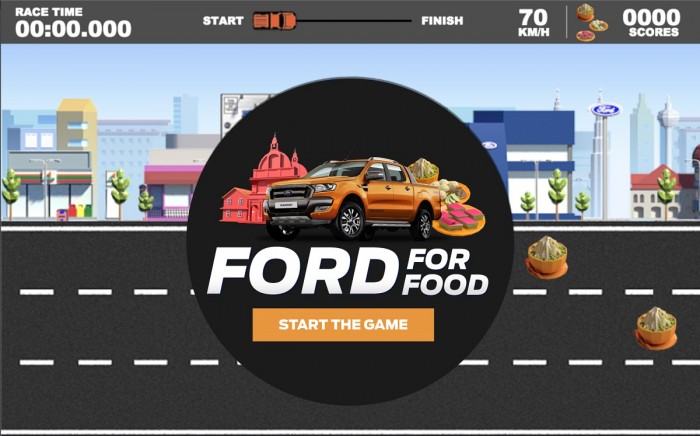 The ‘Ford For Food’ online game and contest will be on until the end of 2018. This contest is catered to the Malaysian love for food, and according to Sime Darby Auto Connexion (SDAC), especially the Ford Ranger owners, who are known to be foodies and avid gamers.

The ‘Ford For Food’ online game and contest is open to the public for anyone aged 18 years and above. Each week, SDAC will give away three prizes in the form of exclusive SDAC-Ford merchandise. Weekly winners will be announced on the Ford Malaysia Facebook page so be sure to check it regularly for updates. 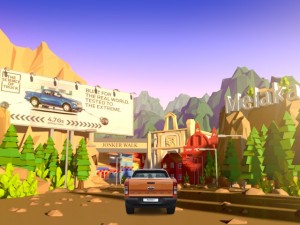 The ‘Ford For Food’ online game features Ford’s most popular model in its most capable, powerful and versatile iteration – the Ford Ranger Wildtrak. The game takes players on a predetermined route to different states around the country, starting with Melaka, and highlights each state’s local delights.

There are three levels to the game, with each level featuring different driving conditions and showcasing the Ranger’s features and advanced driver assistance systems, and reputation as one of the toughest, most capable pickup trucks in the world. You pick up as many food items along the drive to score points, and also activate the Ranger’s key features to score bonus points.

The top three participants with the highest scores and fastest times cumulatively each calendar week will be declared winners. You can play the ‘Ford For Food’ game as many times as you wish within one calendar week to achieve your best results. The game results will be displayed on a leader board, which will be cleared each week.

The ‘Ford For Food’ game and contest is mobile-friendly and can be played on smartphones and other devices, as well as on PCs and laptops.