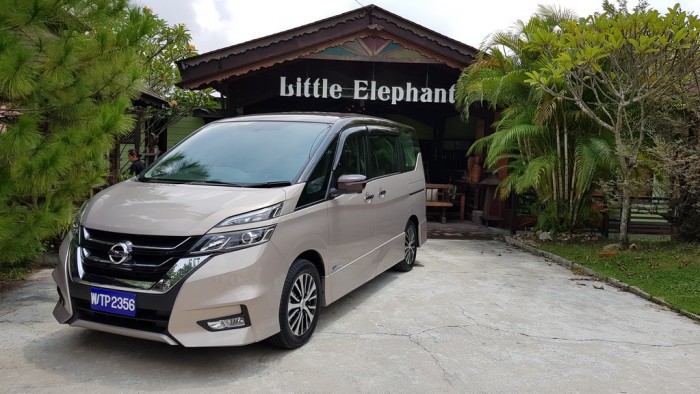 As promised, here is my report on the newly-launched Nissan Serena S-Hybrid. Those of you who know me would know that I generally like to drive fast, and MPV’s are not really my cup of tea. Still, in our job, we have to evaluate all kinds of vehicles, and I get by through putting myself into the shoes of people who would be the likely buyers of such a vehicle. In the case of the Nissan Serena S-Hybrid, it would be typically a young to middle-aged family type of person, with a few children, or perhaps an extended family, you know, the rational, normal, type of ‘settled down’ person, who, besides needing a seven-seater MPV, also has a family to look after, and after finding a vehicle that has the right amount of space and capacity, must still be affordable, and also offer low or reasonable running costs. At the same time, the vehicle must be easy to drive, be comfortable and have lots of ‘living room’. 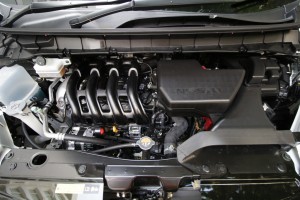 Having gone for a road trip that took us to Penang and back, I am convinced that the Nissan Serena S-Hybrid is just about the best vehicle for anyone who fits the description above. I posted about the Serena S-Hybrid on the day of launch, and I got a comment on my Facebook page (YS Khong), that “the engine is not appropriate”. By this I assume the comment was about the engine power, or rather the lack of it. I do admit, that for a person like me, and perhaps the one who made the comment, the 150 PS and 200 Nm of torque may not be enough, but for most people, it will suffice, and I will be the first to vouch for that. For those who want more power, there are other alternatives, which are better in outright power, but in terms of bang per buck, I dare say the Serena offers the best overall package.

If you are still interested, do read on about our two-day driving trip to Penang and back:-

The all-new Nissan Serena S-Hybrid, launched in Malaysia recently is likely to become the class leader in the mid-sized MPV in Malaysia, just as it is the current top-seller in Japan. We ran the launch story a few days ago, and as promised, this is our follow-up report after a test drive that took us all the way to Penang and back.

There were three of us motoring journalists sharing the Serena S-Hybrid; veteran writer Lee Pang Seng, also known as LEEPS, representing Auto International, Sim Soon Meng of iGarage (a local Chinese-language YouTube Channel), and yours truly. There were 10 units for the media in all, and some of the other vehicles had four media in them.

Our Nissan Serena S-Hybrid highway Star was the lower spec’ed of the two variants available for sale (priced at RM135,700.00 on-the-road without insurance). Standard specifications include 15 inch wheels as opposed to the 16-inch wheels for the Premium Highway Star, fabric seats instead of leather, and without tinting, plus a few other accessories that are probably nice to have, but none that I really missed. Basically, the Premium Highway Star that costs RM147,500 (price on-the-road without insurance) is an upgrade package, and any item that I would want from that list is available as an optional accessory – taking the entire package does make sense, as it does come with a price advantage, but some would appreciate the option to pick only what one wants.

The main items that matter are part of the standard equipment or feature list for both variants; these include the passive and active safety systems such as the six SRS airbags, intelligent Around View monitor (I-AVM), Intelligent Moving Object Detection (I-MOD), Intelligent Driver Alertness (I-DA), Vehicle Dynamic Control (VDC) and Traction Control System (TCS), plus Hill Start Assist (HSA).

The drive started from the Edaran Tan Chong Motor centre at Glenmarie, Shah Alam, with LEEPS at the wheel, me riding shotgun, and Sim in the second row. The third row seats were stowed upright to put our overnight luggage and camera equipment. Sim had the most equipment since he shoots video, and he carries this huge tripod wherever he goes. We had no issues in the luggage department, since the Serena is such a huge vehicle with heaps of space.

We took a few minutes to get out of the usual crawl in the Glenmarie area and latched onto the NKVE at the Subang interchange. LEEPS, who has a memory rivaling that of an elephant, immediately commented that this Serena S-Hybrid is much quieter than the previous model, as he recalls going on the media drive for that one too. Personally, I am not too sure about that, but what I did note was that the interior is pleasantly quiet at regulation speeds. Wind noise is minimal, and the additional soundproofing at the wheel wells does its bit to cut down road noise. We were told that the CVT (Constantly Variable Transmission) has been re-tuned, which is not surprising since it has been five years since the previous model was launched, and CVT technology has been growing leaps and bounds.

The CVT itself is noticeably smooth, and quieter – if you drive normally. We have to remind ourselves that a CVT’s main purpose is to increase fuel efficiency through optimizing the ratio between the driving part and the driven part of the transmission, and the price we suffer is the ‘rubber band’ effect. It is still there, more noticeable if you are in a hurry and press down on the accelerator hard. In cruise mode (maintaining throttle) however, the transmission is pleasantly muted.

As a passenger in the front seat, it was very comfortable for me. The so-called Zero Gravity seats are supposed to minimize road fatigue – I never could understand how they worked, and nobody has been able to explain them in a way that I can comprehend, but for whatever it is worth, I felt quite relaxed in it. Later on in the day I tried out the second row seats, and found them just as comfortable. That was also when I found out that you cannot recline the second row seat if the third row seat behind you is folded up, as your seatback will not clear the folded up rear seat.

I never tried the rearmost (third row) seats, but they look good enough for even full sized adults after noting that the seats are a reasonable height from the rear floor. In truth, the rearmost seats can seat only two large adults – in other words, the Serena S-Hybrid, despite its classification as a seven seater, is what I would call “a comfortable six seater, seven at a squeeze”. 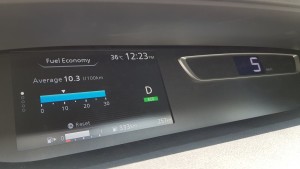 I took over the wheel at the Behrang Rest area off the NSE, and drove the 100 or so kilometres to Ipoh for our lunch rendezvous. Sim rode in the front with me, and he reset the fuel consumption monitor – we started off with 11.0 litres per 100 km indicated on the monitor, and despite a driving pace that one might consider ‘aggressive’, it gradually worked its way down to 10.3 litres per 100 by the time we got to Ipoh. Considering the Serena S-Hybrid’s size and weight, its huge box-on-wheels design, plus my aggressive driving style, even I am pleasantly surprised.

On the highway, the Nissan Serena S-Hybrid behaves quite well, being very stable, even at high speeds. Cross-wind stability is good despite it being boxy – you do get the occasional lateral twitch when passing a truck or bus, but it is not serious enough to worry about. On Penang island, I also managed to do a short stint on the coastal road up to Batu Ferringhi, and didn’t have any problems on handling. For the record, the front suspension is a McPherson strut system, while the rear suspension is made up of a torsion bar and coil springs. ETCM says the suspension has been stiffened up – I actually find the ride pretty good, just about on the mid-point between soft and hard.

We also had a chance to appreciate using the dual-stage rear door opening – a very useful feature when you have another car or a wall behind you. This feature is also great if you have only a small item to put into the rear luggage area. The other interesting feature is the power sliding rear door – which also has an actuator placed under the door directly in line with the door handle – a person (with the key fob) can simply wave his or her foot under the door and activate the door – both to open and close it. The other thoughtful gesture by the designers is by making the sliding door wider – this makes ingress and egress for the third row passengers that much easier. Besides, there is also a sliding door actuating button in the rear compartment so that the third row passenger can open the sliding door. 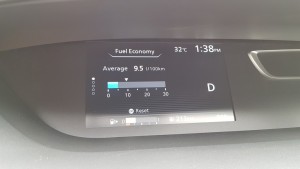 By default, Sim inherited the third driving sector, which was form Ipoh to Bukit Semanggol – we forgot to reset the fuel consumption meter, so he started with my legacy of 10.3 litres per 100 km – the event organizers started the cars earlier to cool the cars down, so the consumption actually went up to 10.5 litres per 100 km. Sim, being a ‘milder’ driver drove at a generally milder pace, and brought down the average consumption to a low of 9.7 l/100km.

Leaving Ipoh, I noted that it was hot in the front seats because of the huge glass area (the top part of the front screen could do with a heavy tint or something to block off the sun), and so I moved (very easily, I might add) from the front passenger seat through the gap between the front seats to the second row, an area that is much cooler. After a heavy lunch, it was good to be able to relax; when we arrived at Bukit Semanggol, it was ‘unanimously’ agreed between LEEPS and myself that Sim should continue to drive the fourth and last section of the route to Penang – it was really nice at the second row, and I think that this is one of the reasons why this MPV is the top seller in Japan and here. 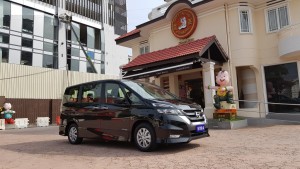 At the end of the drive, I am convinced that the Nissan Serena S-Hybrid is a great vehicle – it could do with a little more power, but that is only me – for the 80 to 90 percent of people who use this vehicle, there is ‘enough’ power to do whatever you need to do with this vehicle. It is very comfortable, has many ‘people-oriented’ features, is very economical on fuel, and is reasonably–priced.