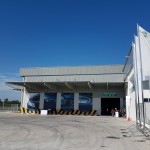 Sited on over 6 acres of land, the facility has a built-up area space of 8,500 square metres and a total investment value of over RM 132 million by SDAE. The new engine assembly facility will assemble BMW’s 3- and 4-cylinder engines to support BMW Group Malaysia’s growing demand for locally assembled vehicles  as well as support the premium automaker’s export initiatives to other markets in the region.

The new facility assembles the engines from the ground up and is equipped with the newest innovation for engine assembly including EST tightening equipment, Dosing and Bonding Technology (DoboTech) equipment, engine engraving, engine oil filling and test machines for hydraulic valve play compensation, leak tests as well as hot and cold testing. This new facility also employs an additional 60-person workforce.

Speaking at the opening ceremony, Datin K. Talagavathi, Deputy Secretary General (Industry) of Ministry of International Trade and Industry Malaysia said, “I am pleased to officiate the opening of the new Sime Darby Auto Engineering Engine Assembly Facility here in Kulim, Kedah today. The new engine assembly facility developed through the partnership and initiatives of Sime Darby Motors and the BMW Group, will not only boost the local capabilities and regional competitiveness of the country but will also create employment opportunities and raise technical competency skills for Malaysians.”

She added that the new engine assembly facility, alongside the assembly plant and the Regional Parts Distribution Centre in Johor by premium automaker BMW Group would promote the exchange of technological know-how, thereby developing a more innovative and talented workforce in line with the transformation aspirations of the country.

Ms. Ilka Horstmeier, Senior Vice President, Production Engines and Electrified Powertrains, BMW Group said, “Today is a very special day; together with SDAE we have managed to establish a new engine assembly for BMW engines in Malaysia. Our strong cooperation with our reliable partner comes to fruition with the assembly of 3- and 4-cylinder petrol engines, alongside 4-cylinder diesel engines, as well as the 3- and 4-cylinder combustion engines for the Plug-In Hybrid electric vehicle.”

Echoing her sentiments, Tan Sri Dato’ Sri Dr. Wan Abdul Aziz Wan Abdullah, Chairman and Non-Independent Non-Executive Director of Sime Darby Berhad said, “Sime Darby Motors’ vision is to be the preferred contract assembly partner for the most dynamic automakers in ASEAN. We aim to produce more than 50,000 vehicles as well as the engine parts and components for the vehicles by the year 2020. The new SDAE Engine Assembly Facility opened today takes us one giant leap forward in making this goal a reality.”

Mr. Harald Hoelzl, Managing Director and CEO of BMW Group Malaysia said, “Malaysia has long played the role of a strategic partner to the BMW Group in South East Asia and this significance is reflected in our business performance here which mirrors our achievements worldwide. In the first quarter of 2018, the BMW Group is already on target for an eighth consecutive year of record sales with a delivery of 604,629 vehicles worldwide, a 3% growth as compared to the same period in 2017.”

Hoelzl added, “The positive performance worldwide echoes in Malaysia, where BMW Group Malaysia has already successfully achieved a 15% increase in the deliveries of BMW, MINI and BMW Motorrad vehicles in the country, delivering 3,000 vehicles in the first quarter of 2018.”