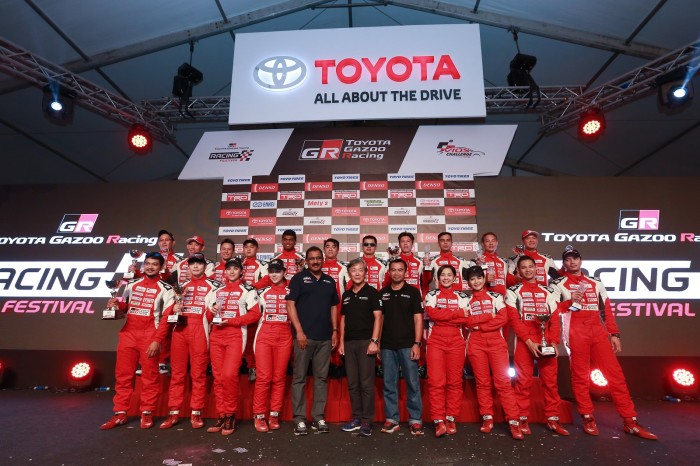 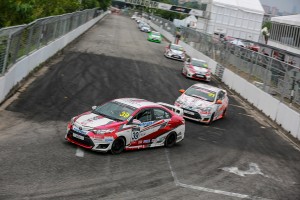 When UMW Toyota Motor Sdn Bhd announced the establishment of the Vios Challenge under the Toyota Gazoo Racing umbrella in April 2017, it was a welcomed initiative as no other car brand is actively promoting or supporting motorsports in Malaysia.

Held in conjunction with the Toyota Gazoo Racing (TGR) Racing Festival, the fourth and final round of the inaugural Vios Challenge ended in late March at the Technology Park Malaysia grounds, with a crowd of about 20,000. 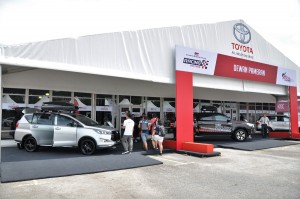 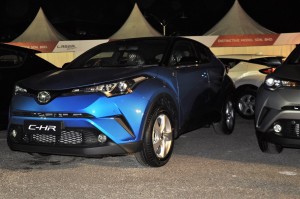 Of course, not all were there to watch the race, and the TGR Racing Festival wasn’t all about the race. This was an opportunity for Toyota to showcase its model line-up, including the new Toyota C-HR crossover, as well as to engage with their existing customers and potential ones through the various activities such as test drives and demonstrations. One such demo which attracted people was the 4×4 obstacle course, aimed at highlighting the four-wheel-drive capabilities and stability of the Toyota Fortuner and Hilux which come with the Active Traction Control (A-TRC). 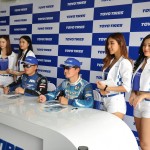 A good portion of the festival’s crowd was there to support their favourite local personality who raced in the Promotional Class. One of the racers in this category was Akio Takeyama, Deputy Chairman of UMW Toyota. But while Takeyama-san doesn’t have the fanbase size of his celebrity track rivals (Diana Danielle, Geraldine Gan, Janna Nick, Venice Min, Danny Koo, Fattah Amin, Shawn Lee and Shukri Yahaya), he was sporting enough to suit up, graduate from the Vios Challenge Racing School and go racing. 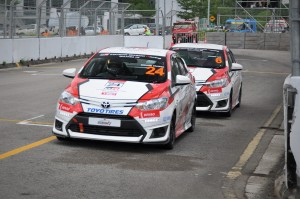 Not to downplay the other categories but the Promotional Class was, in my opinion, the most interesting to watch as these were not seasoned racers which made for some close racing and fender benders. And not being seasoned racers didn’t mean they weren’t fast. In fact, Shukri Yahaya managed a pole position time that would have put him on the second row of the Sporting Class. 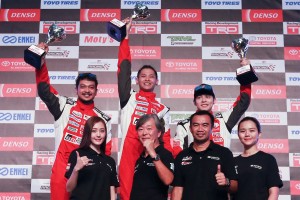 In the final two races of a four-round-eight-race challenge, the Promotional Class saw local actress Diana Danielle take third place twice with some consistent driving and opportunistic overtaking, making her the fastest female on the track. Elsewhere, there was stiff competition between Shukri Yahaya, Shawn Lee and Fattah Amin. Tallying their points from the eight races, the overall winner was Shawn Lee (who had the most race wins) followed by Shukri Yahaya and Danny Koo in second and third. Diana Danielle finished sixth overall, behind Akio Takeyama. 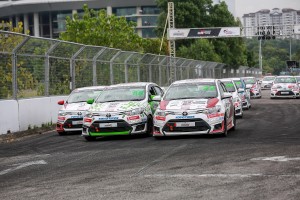 Moving on to the more serious Sporting Class, Race 1 started with stiff competition between a Brendan and a Brendon that saw the pair pull away from the pack. Brendon Lim of Team Tedco Racing eventually dropped some pace after a date with the wall but was able to close back the gap to Brendan Paul Anthony of Team Dream Chaser after Shanmuganathan crashed and brought out the safety car. Brendan went on to win the first race and pipped Brendon by just one point in the standings.

Race 2 in the Sporting Class almost saw a reversal of fortune as the young Brendan Anthony made a mistake that allowed Brendon Lim to become leader of the pack. With all the Vios race cars being equal in power, racing skill and talent (and sometimes weight) are given a chance to shine, and the crowd got to see how the younger Brendan kept a cool head to regain the lead with a risky overtaking move on the inside and made it stick. 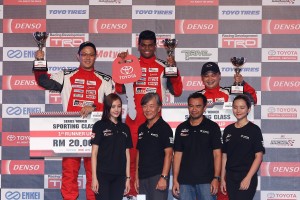 Further down the pack saw some drama especially between Wong Chin Eeg of Hiewa Racing, Ken Foo and Ricky Tan of Saksamana Motorsports. The Sporting Class overall winner was Brendan Anthony (despite missing out on the first round of the Vios Challenge in Penang), followed by Brendon Lim and Kenneth Koh of Panglima City Racing Team. 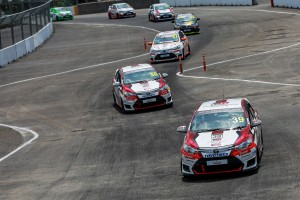 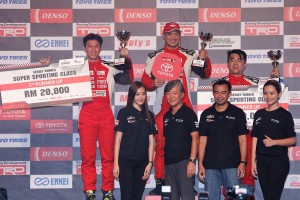 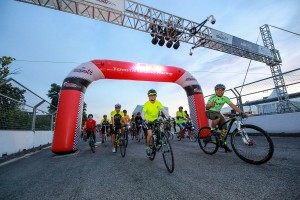 With this racing festival, it can be seen that Toyota is initiating a move to revitalise its brand image to capture the attention of the more high-spirited car-buying crowd, one that has traditionally looked at other brands they deemed more ‘exciting’. One race festival season will not change mindsets overnight as brand-building can oftentimes be a long drawn-out affair.

But we can’t argue that this initiative is irrelevant since it not only provides another avenue for local motorsports but also serves as a marketing platform for the brands involved. We look forward to the next Vios Challenge and TGR Racing Festival. We also look forward to more less-sedate offerings from Toyota.