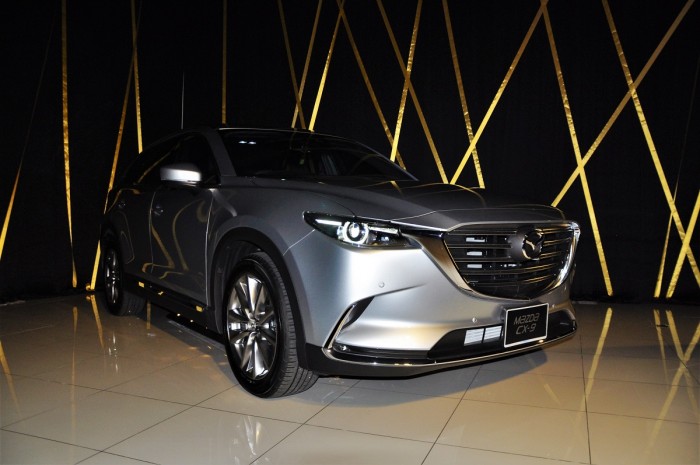 The Mazda CX-9 flagship SUV was launched earlier this year with limited units available (only 60) to cater to the demand from Mazda fans; it was also the Australia-spec version. Now, Bermaz Motor Sdn Bhd has introduced the Malaysia-spec version, which is imported from Japan, in 2 Skyactiv-G Turbo variants – 2-wheel-drive (RM 281,449.70) and all-wheel-drive (RM 297,349.70). Prices quoted are on-the-road, without insurance for private registration. 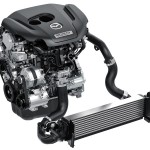 Both the premium 7-seater variants are powered by the Skyactiv-G 2.5L Turbo engine that features the world’s first Dynamic Pressure turbo with a 4-3-1 exhaust manifold to deliver instant torque seamlessly. This is combined with an exhaust gas recirculation cooling system (EGT) to reduce combustion temperature to aid fuel economy and efficiency; the official fuel consumption is 8.98 liters per 100 km. This turbo engine puts out a maximum power of 228 hp and 420 Nm, and is paired with a 6-speed Skyactiv-Drive automatic transmission with manual shift mode. 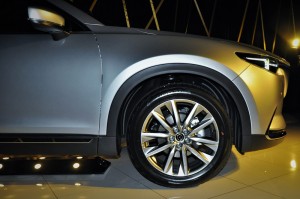 Rear cargo space is claimed at 230 liters with all the seats up and expands to 810 liters with the 3rd row seats folded. The only notable difference between the 2 variants is the fuel tank: the 2WD is 72 liters and AWD, 74 liters.