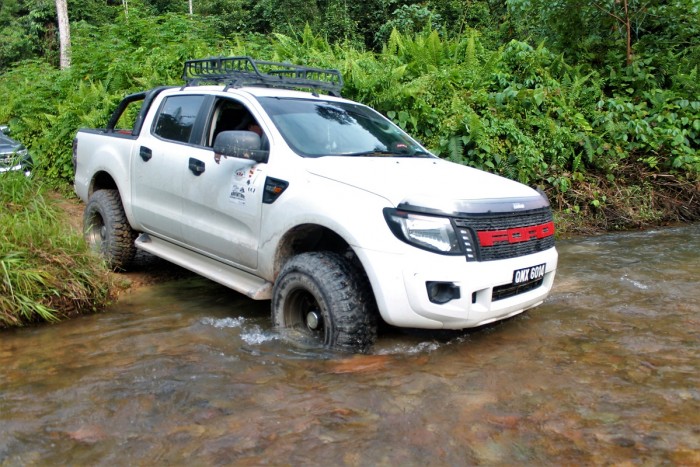 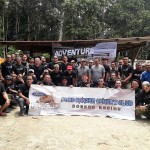 60 participants and 16 Ford Ranger pickup trucks conquered the 4×4 expedition to Ulu Engkuah, in Sarawak. Organized by the Ford Ranger Owner’s Club (FROC) Borneo Region, and supported by Sime Darby Auto Connexion (sole distributor for Ford in Malaysia), the 3-days-2-nights expedition took the group on a 120 km drive via the gravel route of Ngungun-Song Estate through wet, slippery surfaces, across rivers and hilly terrain.

Ulu Engkuah is a remote and uncharted village located in the district of Song, under the division of Kapit, Sarawak. It is surrounded by the lush virgin rainforests of Borneo, pristine rivers, and fresh air. Located 120 km from the main town of Kanowit, Sarawak, the only way to reach Ulu Engkuah is by the Rajang river, the main river of Sarawak. Charting a route via land by the FROC Borneo Region team was tedious but the team received help from the local orang asli from the village. The exploration of this route also opens up development possibilities for the people of Ulu Engkuah. 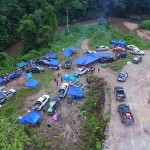 “This was indeed one of the best and most successful 4×4 offroad expedition FROC Borneo Region has organized,” exclaimed an excited Martinson Banyang, organizing chairperson of FROC Borneo Region. “The team not only experienced the tough drive route and the terrains but they also shared in the culture and food of the local native villagers, as well as a greater awareness of nature conservation,” he said.

“We could not have reached our destination without a reliable vehicle like the Ford Ranger that really impressed us with its smart features and tough capabilities to conquer unexpected obstacles, rivers, bumpy roads and hilly terrains,” continued Martinson. “It also introduced some of the new members of the team as well as the communities living there, to an alternative route to reach Ulu Engkuah.” 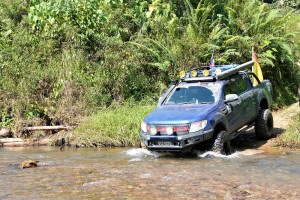 With the Ranger’s capability to carry a tonne of payload (or 1000kg), participating members did not have to think twice to load up their Rangers to the brim with equipment, food and water, camping paraphernalia, and other personal items for the journey. The Rangers endured slippery uphill and downhill slopes with inclines of up to 45 degrees that made full use of its Hill Launch Assist feature. Crossing deep and shallow waters was also an easy task for the Ranger with its water-wading capability.

FROC Borneo Region is already planning ahead for a more mentally and physically challenging, thrilling and extreme off-road trip to test their Rangers and the drivers to the maximum, with a long distance off-roading trip of 12-18 hours, deep into the jungle.