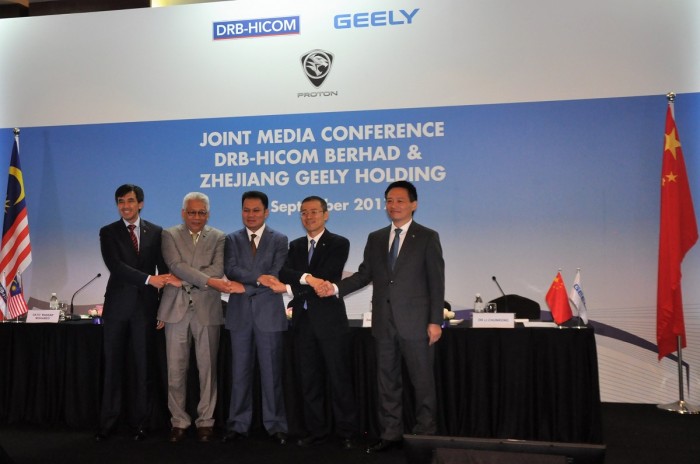 Following the agreement for DRB-HICOM to relinquish a 49.9% stake in Malaysian car maker Proton, to Zhejiang Geely Holding Group (Geely Holding), both companies have jointly announced their nominees to the boards of directors as well as key executive appointments to the related companies, whose responsibilities will be to revitalize the Proton brand and steer the company back to profitability. 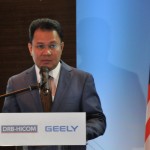 Current Chairman of the holding company, Proton Holdings Berhad, Dato’ Sri Syed Faisal Albar, will remain in his position. He will be joined on the board by DRB-HICOM nominees Shaharul Farez Hassan and Amalanathan Thomas; both are from DRB-HICOM’s senior management team. 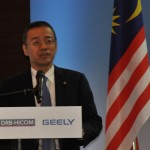 Nominees from Geely to the board of Proton Holding Berhad are Daniel Donghui Li and Feng Qing Feng. Daniel Li is the current Executive Vice President and CFO of Geely Holding while Feng is Group Vice President and CTO of Hong Kong-listed Geely Auto.

All 5 board members will also sit on the board of subsidiary, Perusahaan Otomobil Nasional Sdn Bhd (PONSB), with the addition of Dr. Nathan Yu Ning and Winfried Vahland. Dr. Yu is Vice President of International Business at Geely Holding and is also responsible for new energy vehicles supply chain management. Meanwhile, Vahland is the former Chairman and CEO of Skoda Auto.

On the board of the Malaysian distribution arm, Proton Edar Sdn Bhd, will be Syed Faisal, Farez, Amalanathan, Daniel Li and Dr. Yu. 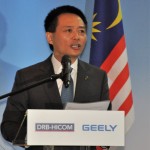 Also named is the new CEO of PONSB, Dr. Li Chunrong, who will replace outgoing Dato’ Ahmad Fuaad Kenali whose tenure ends on 30 September, 2017. Dr. Li has a PhD in Management Engineering from Massachusetts Institute of Technology (MIT) and has spent his entire 30-years’ professional working life in the automotive industry, with such brands as Dongfeng, Kia and Honda. He will officially assume his position on 1 October, 2017 and will be managing the operations of Proton from production to research & development to marketing and sales; he will be joined by Deputy CEO, Dato’ Radzaif Mohammed. 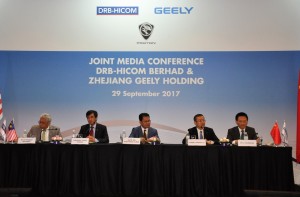 “The partnership we’ve established with Geely Holding is already setting down strong roots and showing great promise; we have jointly created a global Board of Directors and will assemble a leading global team to work together on the global revitalization of the Proton brand. I am extremely confident that we can achieve the goals that we have laid down today,” said Syed Faisal.

Syed Faisal noted that the aim is to achieve profitability in 5 years, with a longer 10-year plan looking into electrification of vehicles.

“After a joint global search for a suitable candidate to realize our shared vision for the future of Proton, both shareholders believe that Dr. Li is the best candidate to completely revitalize Proton. We will use our global resources and synergy to realize the true potential of Proton in partnership with DRB-HICOM,” commented Daniel Li.

Dr. Li said, “I was nominated by both DRB-HICOM and Geely Holding to turn Proton around and I believe the Malaysian car brand will soon be the number one domestic brand and a leading ASEAN brand. To make this vision happen, Proton now has access to the global synergies, expertise and financial support it needs from the Geely family. I firmly believe that Proton’s best days are ahead of it.”

As mentioned in our previous coverage, the first order of business will be the adaptation of the left-hand-drive Geely Boyue into a right-hand-drive Proton for the brand’s first-ever entry into the popular mid-sized SUV segment. Development is ongoing and the local version is expected to be launched in late-2018.

In related news, DRB-HICOM had announced that the 49.9% stake in Proton will be held by Geely International (Hong Kong) Ltd, a wholly-owned subsidiary of Geely. It will also hold the shares of Lotus Advance Technologies (51%).