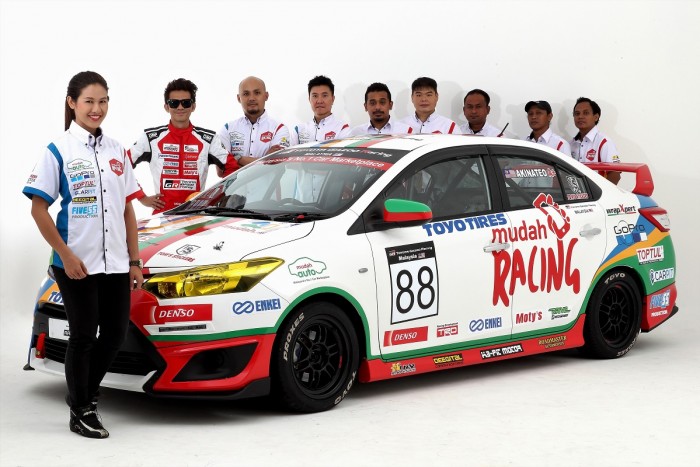 Malaysian motorsports personality, Leona Chin, will have a go at managing her first racing team (Team MUDAH Racing) this weekend (12 – 13 August) at the inaugural Vios Challenge in Batu Kawan, Penang; this one-make race is part of the Toyota GAZOO Racing (TGR) Racing Festival that will also be held at the Batu Kawan stadium.

Leona has with her, many years of experience in different forms of motorsports on and off the track and will be using her experience with her team to present a strong challenge to other rivals at this weekend’s race. 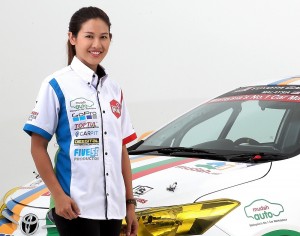 “My aim has been to develop myself to be an all-around racer, a jack of all trades,” commented Leona. “I used to be known as the ‘girl drifter’, but I would like to be known as a motorsport athlete.” In her role as team manager of MUDAH Racing, Leona will be urging her team members to give their best under the high-pressured conditions of competition. “It’s all about not giving up. For me, giving up means I’ve already lost even before I’ve started. It’s all about moving forward and doing the best you can.”

While much of her motorsport activity is in Malaysia, Leona has also competed in Thailand, Singapore and China; her 2nd overall finish in the 2016 Renault Clio Cup China Series was the best ever achievement by a female racing driver in Asia.

Leona started off with drifting and then went on to dabble with rally, gymkhana, autocross and go-kart; Red Bull was among the first to invite her to join their team, providing her an opportunity to enter the racing world. She is also associated with various brands like Mitsubishi.

With all the experience gained, Leona wants to impart that knowledge to others and being a team manager presents one such avenue, besides organizing motorsports related events. “I want to create an avenue for newcomers to develop the basics of motorsports, just like I did. I want to be able to give them the first steps towards forging a career in racing,” she said.

Peter Wong, Head of Auto for Mudah.my said, “Mudah.my is Malaysia’s No.1 Car Marketplace, having the largest selection and variety of cars and performance parts, it is the ideal place for all types of auto enthusiast to find, buy or sell any type of car and its accessories – whether is it for daily commuting or even racing.” 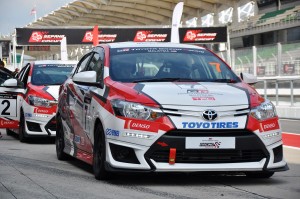 Check out MUDAH Racing, as well as other teams in the Vios Challenge this weekend. There is also a Promotional Category with local celebrities and personalities (including Akio Takeyama, Deputy Chairman of UMW Toyota Motor) as well as seasoned racers like Tengku Djan, Boy Wong, James Veerapan, Mitchel Cheah, Syafiq Ali, Mark Darwin, Rocky Seow, and Akina Teo who will be driving for MUDAH Racing.

Additionally, Toyota Owners’ Club members will have the opportunity to learn drift skills, and spectators will be treated to choreographed drift shows performed using a range of Toyota cars. Japan’s D1 Drift Champion, Masato Kawabata, and Drift Muscle Champion, Hideyuki Fujino will also be on-hand to thrill visitors. Invited specially by Gold Sponsor Toyo Tires, the duo will display the skills that made them champions in their home country, using their Toyota 86. Kawabata currently holds the Guiness World Record for the highest speed drift ever recorded at 304.96km/h.

For the younger visitors, there will be lots of activities to keep them entertained including dance performances, cheerleading performances, bands, games and special guest appearances with photo opportunities. Media Prima will also be bringing their Drama Sangat bus tour celebrities and UMW Toyota will be showcasing the C-HR.