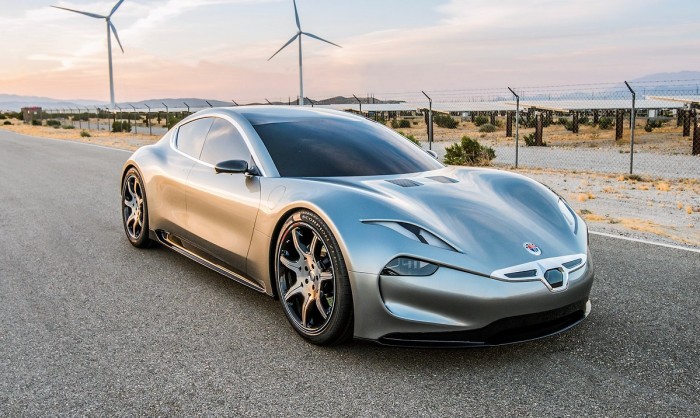 Henrik Fisker is back. After giving us such beauties like the Aston Martin D9 and V8 Vantage, and his own Fisker Karma, and then faltering on the financial and production side, he’s back with a new company (Fisker, Inc) and a super luxury electric car, the EMotion, that’s supposed to give Tesla Model S (and the soon-to-come Porsche Mission E) a run for its ions.

The EMotion was earlier touted to have supercapacitors but this has been replaced with graphene-based battery components and is still claimed to run 400 miles (644 km) on a single charge. It is also fast-charging, giving a 125 mile (201 km) range with just 9 minutes of charge. Top speed is claimed at 161 mph (259 km/h).

Officially starting at US$ 129,900 (RM 559,038), the EMotion is built light with aluminum and carbon fiber, even for the wheels. This all-wheel-drive car will have LIDAR for autonomous driving functions as well as data connectivity. However, none of these features have been demonstrated yet. 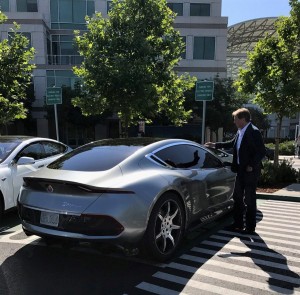 What’s interesting is that just a day before his unveiling of his new company and car on 30 June, Henrik Fisker posted a tweet of himself with the car at a very famous spot, with a message saying he’s ‘meeting great people in SF with the Fisker EMotion’. That famous spot just happens to be Apple’s headquarters in Cupertino.

It’s always been an open secret that Apple wanted to make its own car but that project has stalled. The company however did signal intentions to develop self-driving platforms, and since the EMotion isn’t slated to be produced until 2019 and Fisker, Inc hasn’t showcased the car’s claimed autonomous features yet, this is perhaps the platform for Apple to place its innovation.