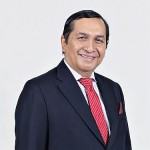 Tan Sri Dato’ Sri Hamad Kama Piah has more than 30 years of experience in the field of unit trust management, investment management and corporate finance. He has been with the Permodalan Nasional Berhad, a leading and respected investment institution in the country, and has served as the group President and CEO for many years. 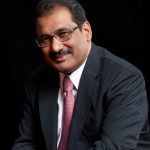 “Both Tan Sri Dato’ Sri Hamad Kama Piah and Mr. Ravindran have vast experience in the industry and I am confident that they will bring to our management team new ideas and new approaches which will benefit the company and take it to greater heights,” said Mr. Akio Takeyama, Deputy Chairman UMWT.

He also spoke about the outgoing Chairman Tan Sri Asmat Kamaludin and his contribution. “His vast experience dealing with industries, especially the auto industry, while at MITI was beneficial to our company. With his guidance, we have been able to interact with the government in a more effective way, especially when it concerned policies and other activities which we wished to undertake.” Tan Sri Asmat helmed UMW Group and UMWT since 2001, after retiring from the Ministry of International Trade and Industry.

Mr. Akio Takeyama also spoke about Datuk Ismet Suki, who he said was instrumental in introducing enhancement of facilities at Toyota outlets nationwide to move customer service to a higher level. “This exercise was undertaken efficiently and systematically as Datuk Ismet has a good sense of planning and provided good ideas which inspired those involved in the work.”