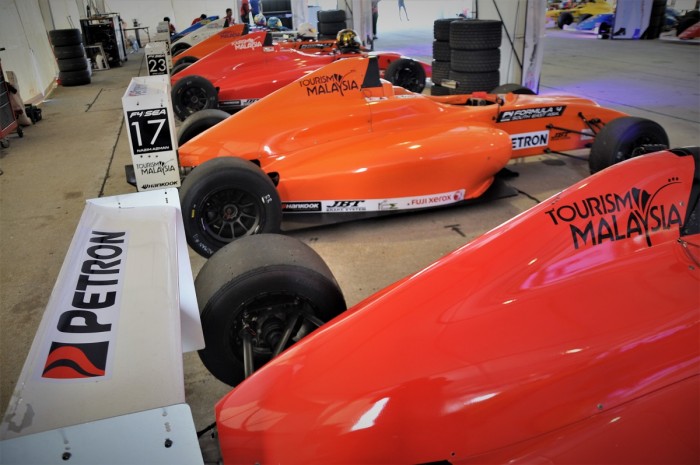 Petron Malaysia supplied the F4 cars with its Blaze 100 Euro 4M high performance petrol as well as Blaze Racing fully synthetic engine oil for the 3-day event. “We are truly honored to partner with F4 SEA as its fuel and lubricants partner. This partnership is another milestone for us in gaining a foothold in motorsports, where it is a perfect test bed for our superior fuel products. We are proud to introduce our most advanced product innovation, Blaze 100 and Blaze Racing engine oil to the world racing championship.” said Pn Faridah Ali, Head of Retail at Petron. 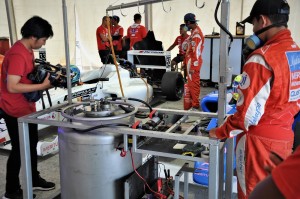 The Blaze 100 petrol for the F4 cars (the only 100 RON petrol available in Malaysia) is the same as that found in Petron petrol stations and is used as is. Blaze 100 is known for its TriAction Advantage formula that delivers better power, engine protection and mileage. It is produced at the Petron Port Dickson refinery.

Meanwhile, the Blaze Racing engine oil has the TS3 (Thermal Stress Stabilizing System) technology that keeps the oil stable at extreme temperatures and engine stress, making it suitable for most modern engines, including high performance ones.

The Formula 4 South East Asia championship is promoted by the Asian Autosport Action group (AAA) and is a cost-effective regional 36-race, 6-event, 1-team championship that focuses on driver experience and development. The cars are supplied by Meritus.GP, together with race engineers, technicians, mechanics and driver coaches; they are powered by a 2-liter FIA homologated naturally aspirated engine with a 6-speed sequential gearbox and top out at 210 km/h.

The 2016-17 F4 SEA championship was won by Presley Martono of Indonesia. The highest placed Malaysian driver is Isyraf Danish in 5th.