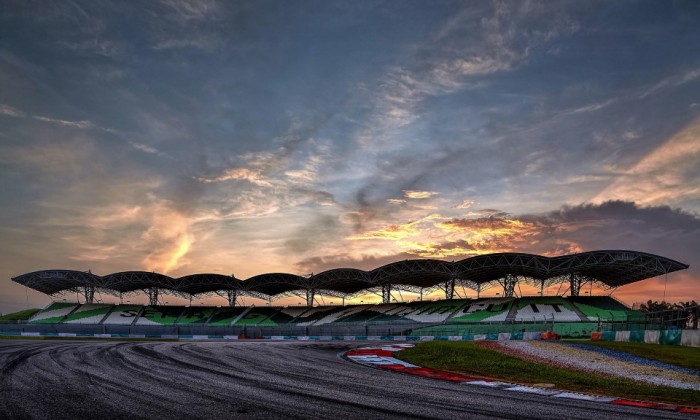 Sepang, August 11, 2016 – The Audi R8 LMS Cup is returning to the Sepang International Circuit this weekend (13 – 14 August 2016), with Rounds 5 and 6 in the championship. This promises to be an exciting weekend as local ace Alex Yoong, currently lying second in the championship, three points behind Alessio Picariello who leads with 65 points, and one point ahead of Martin Rump with 61 points, tries to close the gap or to take the outright lead.

As they say, the race doesn’t end till the race ends, and we all know that anything can happen in motor racing. To add to the competition, Audi sport driver Edoardo Mortara will join the fray under Audi Hong Kong colours.

Alessio Picariello of MGT Team by Absolute has pulled into an overall points lead with three second-place finishes from the first four races of the Cup, now in its fifth season. The gifted young Belgian will look for his first season win at the 5.54 kilometre long SIC circuit.

Former F1 driver and reigning Cup champion Alex Yoong (62 points) of Audi TEDA Racing Team is second overall after his Round 3 win in Thailand. The Malaysian can surely bet on strong support from the enthusiastic home crowd for this weekend, which is expected to be dry and scorching, but then, Malaysian weather can be unpredictable and afternoon downpours are not uncommon. If it rains, it will be a question of who is better in the wet.

Martin Rump (61 points) of Champion Racing Team is the only driver to have recorded two wins this year. The young Estonian and last year’s Formula Masters China Series (FMCS) champion appears to have managed the
transition from single-seater racing to GT3 cars remarkably well.

Fourth overall is Marchy Lee (49 points) of team Audi Hong Kong. Joining his team for the weekend will be Mortara, who returns to the Audi R8 LMS Cup as the current third-placed driver in the 2016 German Touring Car Championship (DTM). During his previous appearance with the Cup, Mortara won the first race of the triple-header in Taiwan in 2015. The Italian is known in motorsport as “Mr. Macau” for winning the Macau GP Formula 3 race twice, before securing an Audi R8 LMS Cup race win and a hat trick (2011-2013) of GT Cup victories on the demanding street circuit.

“The Audi R8 LMS Cup has had three different winners out of the four races so far this season, proving the competitiveness of the series,” said Bernd Goeres, Director of Audi Sport customer racing Asia. “It’s a pleasure to be back at the Sepang International Circuit for our fourth year in a row.”

After sweeping back-to- back wins in Thailand, Jeffrey Lee of Team Audi Volkswagen leads the Amateur Cup classification ahead of Sun Jingzu and Johnson Huang, both of Absolute Racing.

Qualifying will begin at 16:30 on Saturday August 13 with Round 5 at 11:10 on Sunday August 14, and Round 6 later that day at 16:00 (all times UTC+8). Fans around the world can watch both races live at www.audir8lmscup.com, www.audi-motorsport.com (English) and on series partners’ video portals, LeSports, PPTV and Youku (Chinese).

The Audi R8 LMS Cup is operated by Audi China and is part of the Audi Sport customer racing Asia programme. The championship is run in cooperation with FAW-Volkswagen Audi, Audi Hong Kong, Audi Korea, Audi Taiwan and Audi Malaysia.

Overall classification after Round 4 – Top 10

Am Cup classification after Round 4 – Top 3

Masters Cup classification after Round 4 – Top 3

Team Cup classification after Round 4 – Top 3

Race success ballast for Round 5: