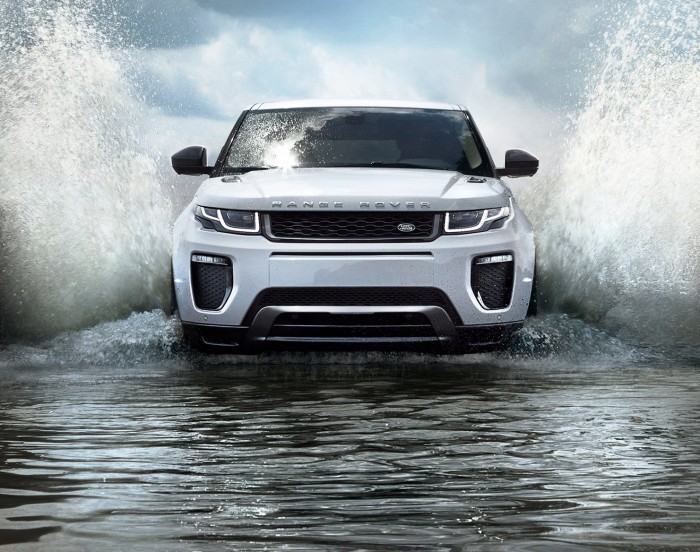 The luxury compact SUV now comes with new features that are set to boost its appeal as one of the most desirable models in a segment that it pioneered. For the 2016 model, the Evoque’s cutting-edge exterior design has been further enhanced with a selection of carefully chosen revisions. The subtle but classy updates include a new front bumper and grille design, Xenon headlamp with new LED signature daytime running lights (DRLs), rear lamps with signature DRLs that match the front, fog lamps, and tailgate spoiler with discreetly integrated third brake lights that emit even light distribution. 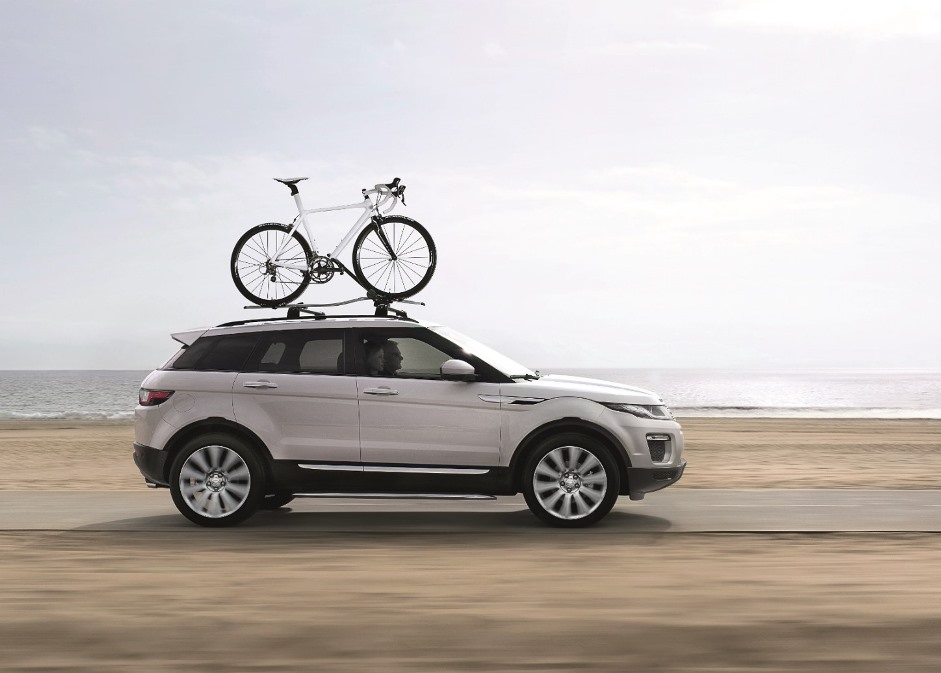 New in the highly-distinctive cabin is the infotainment system which features an eight-inch touchscreen with a clear, intuitive user interface called InControl™ Touch featuring easy-to-navigate menus.  It allows users to swipe between screens like a smartphone and also includes Bluetooth® audio and phone capability, an eight-speaker stereo system and USB connectivity. 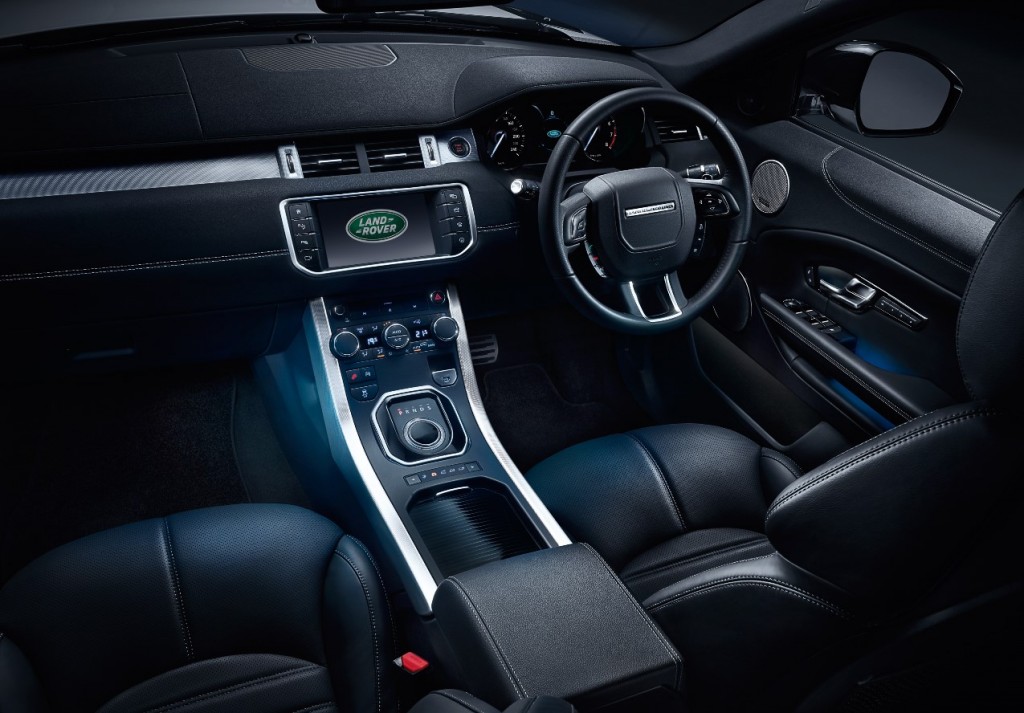 Also new are the front seats and door casings combined with a redesigned instrument binnacle that features an all-new five-inch, high-resolution TFT display . New premium soft-touch materials have also been added for a luxurious feel.

Powered by the same powertrain – Si4 2.0-litre petrol engine matched to a ZF nine-speed automatic transmission, the new 2016 Range Rover Evoque has 240PS and 340Nm of torque at its disposal and accelerates from 0-100km/h in 7.6 seconds with a top speed of 217km/h.

The Malaysian version of Evoque comes with grained leather electric front seats with 12-way adjustment; you have a choice of colours – Ebony Black, Almond/Espresso and Lunar/Cirrus. The SUV also comes with 19-inch rims as standard but the fixed panoramic roof is an option. 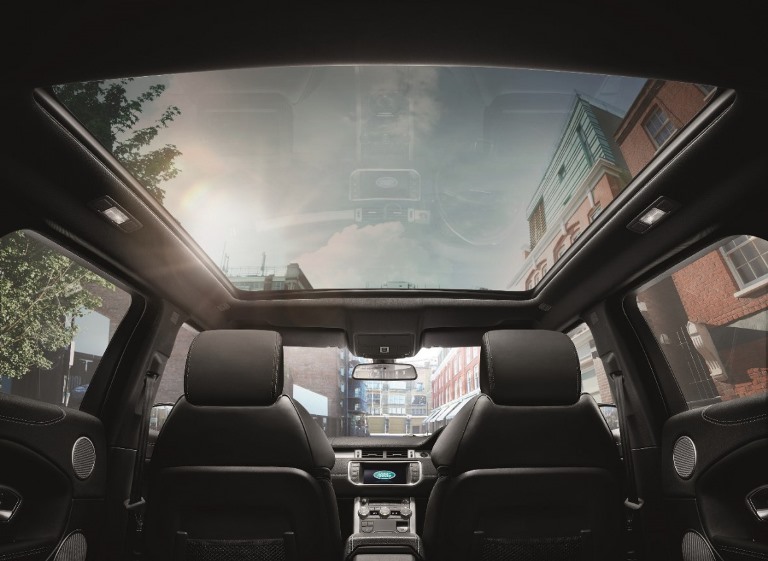 The Powered Gesture Tailgate eases hands-free access to the cargo hold by briefly waving your foot beneath the rear bumper. Two sensors located either side of the tailgate detect movement and can be activated both from directly behind the vehicle or from either side of the bumper for enhanced versatility.

Other standard features include Terrain Response® which allows the vehicle’s steering, throttle response, gearbox, centre-coupling and braking/stability systems to be precisely tailored to the demands of the terrain. The system features four settings: General; Grass/Gravel/Snow (for slippery conditions on- and off-road); Mud and Ruts; and Sand. 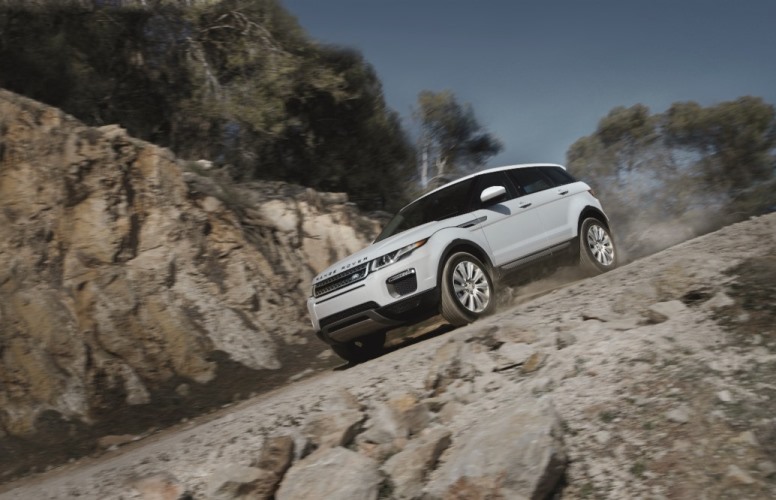 “The Evoque was a game-changer that established and then dominated the luxury compact SUV segment, generating worldwide acclaim and sales success. The challenge has been to evolve the Evoque design without diluting its distinctive character; and moving Evoque from its launch derivatives to match the latest Land Rover and Range Rover models. We are introducing the SE specification with several upgrade options for the Malaysian market. Customization is available upon request at any of our showrooms,” he added.

It is priced from RM430,000.00. (including GST but excluding road tax, registration and insurance.)