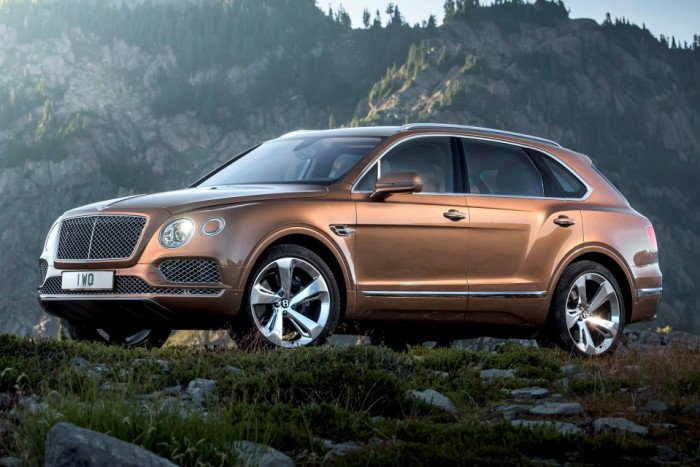 As the popularity of SUVs seem to show unceasing growth, Bentley has appropriately made a bid to cash in at the market’s top end with its all-new Bentayga, a vehicle defined as being the world’s fastest, most powerful, most luxurious and most exclusive SUV.

Designed and engineered at the brand’s historic Crewe headquarters, the Bentayga is powered by an all-new 6.0-litre W12 engine boosted with twin turbocharging and an advanced dual fuel injection system. Auto start/stop and cylinder deactivation are also incorporated to maximize efficiency. 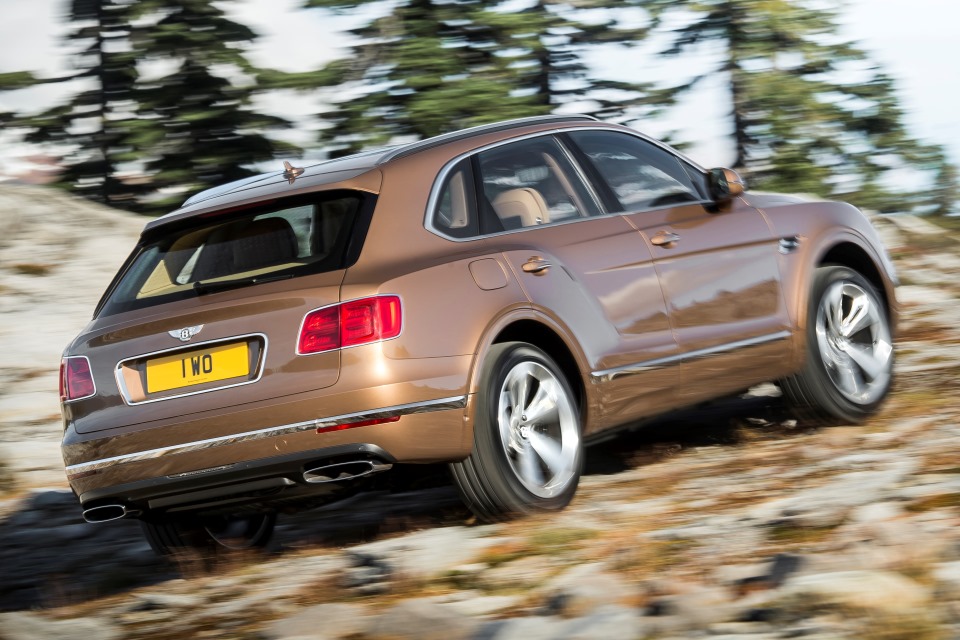 With outputs of 600hp and 900Nm sent to all fours via ZF’s renowned 8HP automatic transmission, the two-tonne-plus Bentayga needs just 4.1 seconds to complete the century sprint and maxes out at a top speed of 301kph. Bentley has additionally confirmed that diesel and hybrid powertrains will be added to the range in the future.

Unlike its former sister brand Rolls-Royce, Bentley has fewer qualms sharing components with less exclusive brands of the Volkswagen Group. Besides its W12 engine, which will eventually make its way to higher end Audis, the Bentayga is also underpinned by an advanced iteration of the Group’s MLB platform. To our eyes, the Bentayga’s rear three-quarters strikes more than a passing similarity with that of a Touareg. 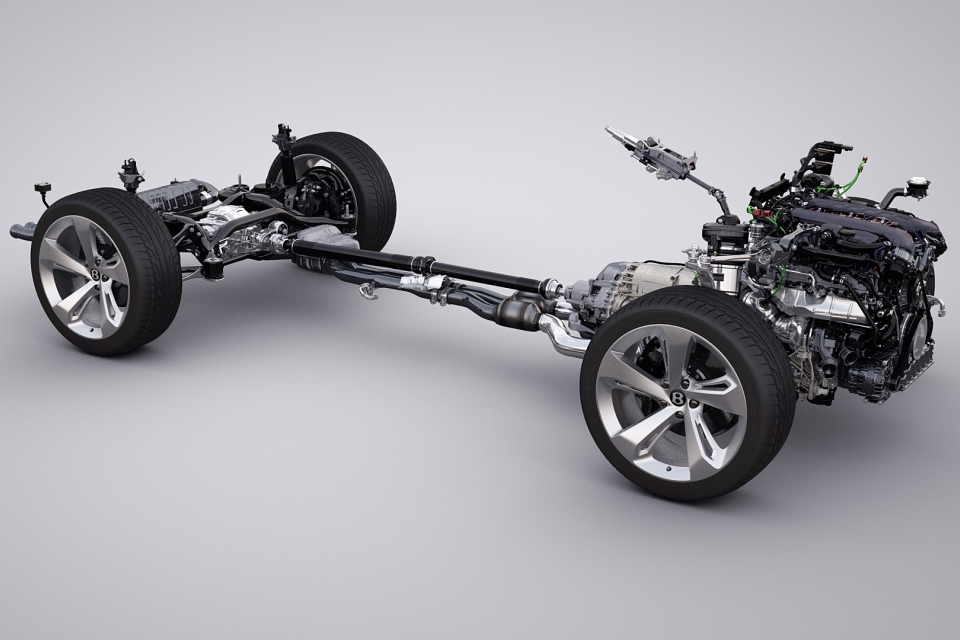 Whilst luxury is kept as a primary focus in the Bentayga’s development, Bentley claims to have honed its underpinnings to withstand severe offroading duties. A rigourous testing programme has taken prototypes of the Bentayga to extreme conditions ranging from the dirt and gravel, to sand dunes, muddy fields, and temperatures ranging from -30°C to 50°C. The vehicle has also seen 400 laps around the Nurburgring to develop its chassis dynamics and fine tune its various electronic driver aids.

Helping to enhance the Bentayga’s handling is what Bentley claims to be the world’s first electric active roll control technology powered by a 48V electrical system to instantly counteract lateral rolling forces when cornering. According to Bentley, this adaptive and reactive system provides variable torsional resistance, consistently creating an optimum balance of dynamic handling and ride comfort. The 48V electrical system results in silent, instantaneous responses and sufficient power on hand to deal with all road surfaces. 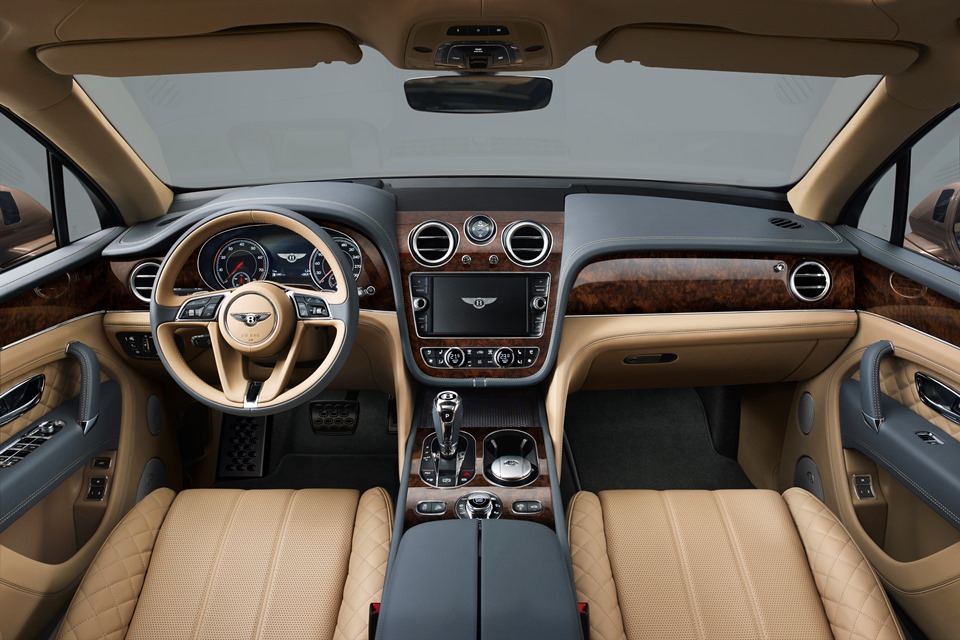 As with all Bentleys, the Bentayga comes with multi-mode air suspension. The Bentayga driver has four different modes to choose from: High 2, High 1, Normal and Low. High 2, for example, can be manually selected when tackling more severe off-road surfaces. Customers can also lower the rear suspension via a switch in the boot, to ease loading and trailer hitching.

Inside, the Bentayga’s luxurious cabin can be optioned in four- or five-seater configuration and offered with a choice of 15 colours including mono- and dual-tone colour splits. In four-seater configuration, the two individual rear seats adjust in 18 different ways and include massage and ventilation functions as well as footrests. 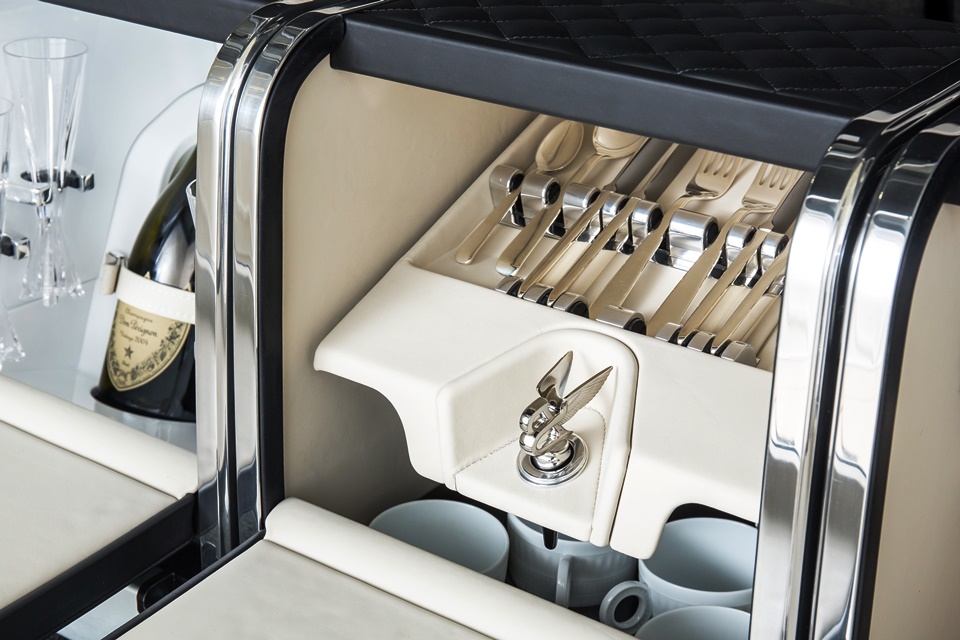 Appropriate for a brand of Bentley’s ultra-luxurious aspirations, the Bentayga is offered with a wide range of personalisation options start from a standard palette of 17 exterior paint colours, with up to 90 hues available in the extended range. Six lifestyle-oriented specification packages will be available from launch, including two styling packs.

Those with the most discerning of tastes can have their vehicles further customized by Mulliner, which offer options as bespoke as an exquisite integrated Mulliner Hamper Set, complete with refrigerator, bespoke fine Linley china cutlery, crockery and crystal glass, and storage area for dry goods. A bespoke mechanical Mulliner Tourbillon by Breitling clock can also be specified.The Bentayga will make its full public debut at the IAA Frankfurt Show from 15 to 27 September. Customer deliveries commence in early 2016.