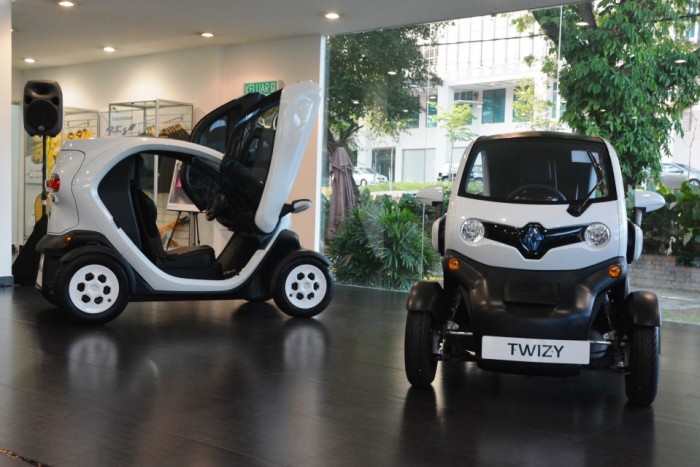 Renault’s model line-up in Malaysia has been extended at both the green vehicle and high performance ends with the simultaneous introduction of the Twizy electric vehicle and two uprated variants of the famed Megane R.S. this week.

Measuring 2.34 metres long by 1.23 metres wide, the Twizy is barely larger than a motorcycle and, at 450kg, between a quarter to a third the weight of most modern cars. It has a roof, but no windows, meaning occupants breathe surrounding air on the move. Its car-like control layout, however, means that it can be legally operated on public roads by drivers with a JPJ class D license.

An asynchronous electric motor powers the Twizy, supplying 17hp and 57Nm worth of outputs that enable it to reach a top speed of 80kph. Its chassis is honed by the geniuses of RenaultSport to give it more surefooted handling than one would expect of its lanky profile. Behind its standard 13-inch rims reside all-round disc brakes. 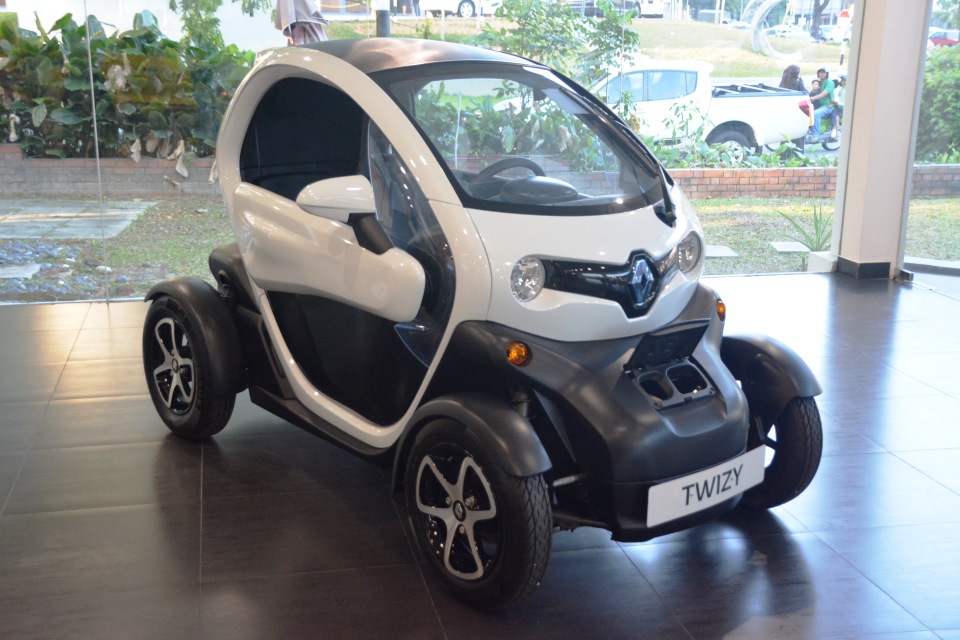 A 6.1 kWh lithium-ion installed under the front seat provides energy for the motor and it can be fully recharged from empty in three-and-a-half hours to provide the vehicle with a theoretical range of about 100km under NEDC conditions. No special wallbox is needed – the vehicle can be charged direct from a regular electric socket through a cable concealed inside its front flap.

Two trim levels are offered, namely a two-seater Urban and a single-seater Cargo with a watertight 180-litre boot accessible via a rear door. Both versions come fitted with an airbag and four-point seat belt for the driver. The Urban model additionally gets a three-point seat belt for its rear passenger.

OTR pricing for the Twizy starts at RM71,888 before insurance for the Urban model for private registration in Peninsular Malaysia; the Cargo variant comes in at exactly RM2,000 further north. Servicing of the Twizy follows 6-month/10,000km intervals and it is protected by a 2-year/50,000km vehicle warranty complemented by a 3-year/50,000km drivetrain and traction battery warranty; both warranties are manufacturer backed. 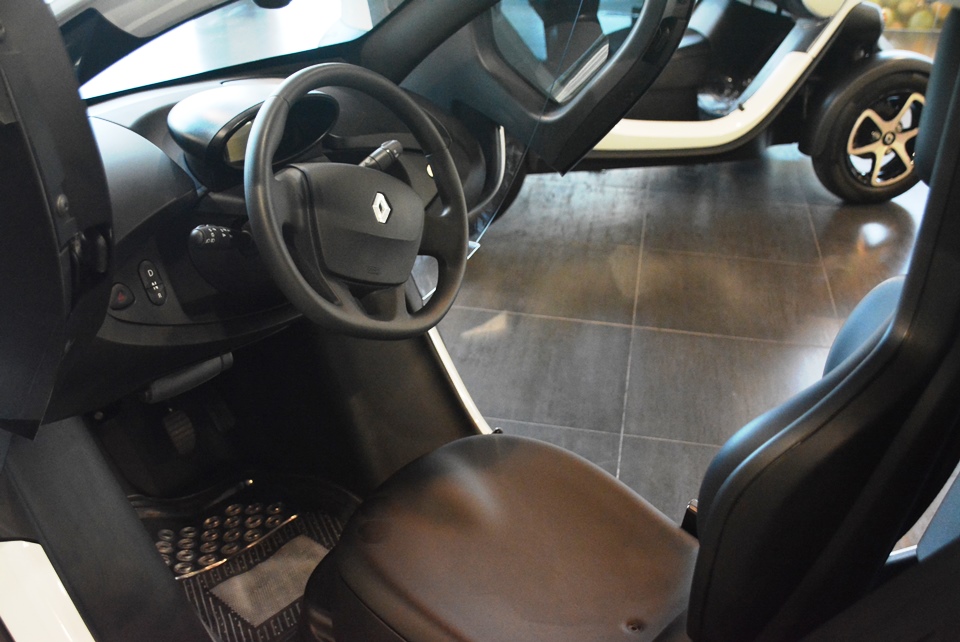 Widely regarded as being one of the best hot hatches in the business, the Megane R.S. line-up receives the new 265 Cup and 275 Trophy R variants to complement the existing 265 Sport launched last September that marked the introduction of Renault’s new face being grafted into the Megane family.

The new Sport variant, besides being significantly more affordable than the pre-facelift 265 Cup, also sports a more docile chassis setting. The new 265 Cup restores the pre-facelift model’s more aggressive set up and is accordingly priced closer to its direct predecessor.

Power comes from Renault’s familiar 2.0-litre turbocharged F4R engine with claimed outputs of 265hp and 360Nm, unchanged from the pre-facelift model. Mated to a 6-speed manual transmission, the RS 265 Cup is able to complete the century sprint in six seconds flat and max out at 255kph.

As before, this R.S.-enhanced version of the Megane’s chassis features a unique independent front double-axis strut suspension that separates the drivetrain and steering constraints of the front axle, enabling effective reduction of torque steer from the driving experience. Other chassis tweaks include stiffening of the anti-roll bar by 13 percent whilst softening the front and rear axles by 35 and 38 percent respectively. 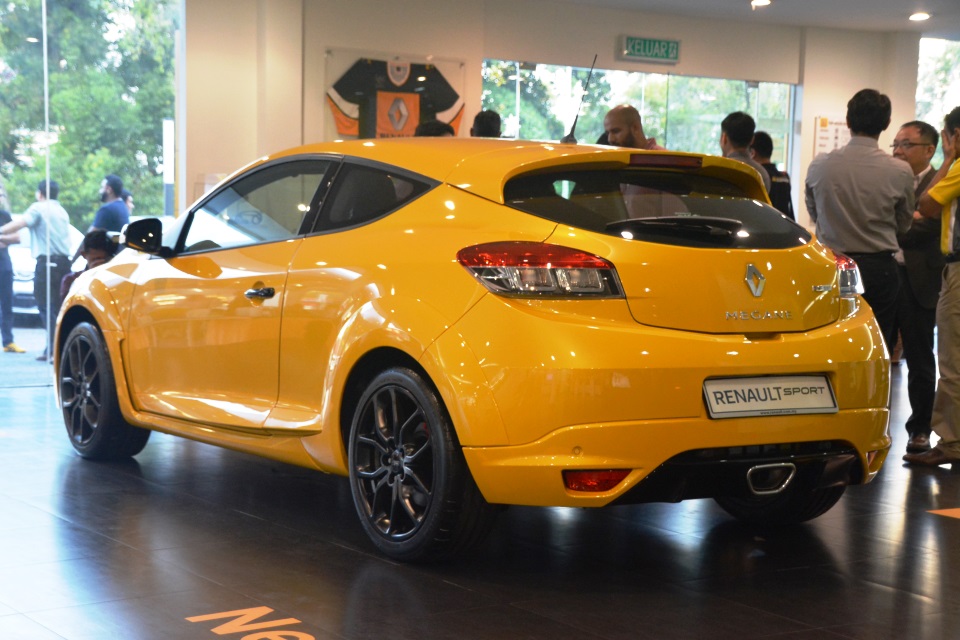 A notable upgrade from the Sport to the Cup variant here is version 2.0 of the R.S. Monitor in the latter replacing the original version 1.0 offered in the entry model. It includes a set of functions for real-time display and vehicle data acquisition that can be saved into a USB stick and replayed on a computer via the R.S. Replay function. Drivers can also share (or boast) their data online with the Renault Sport Community. 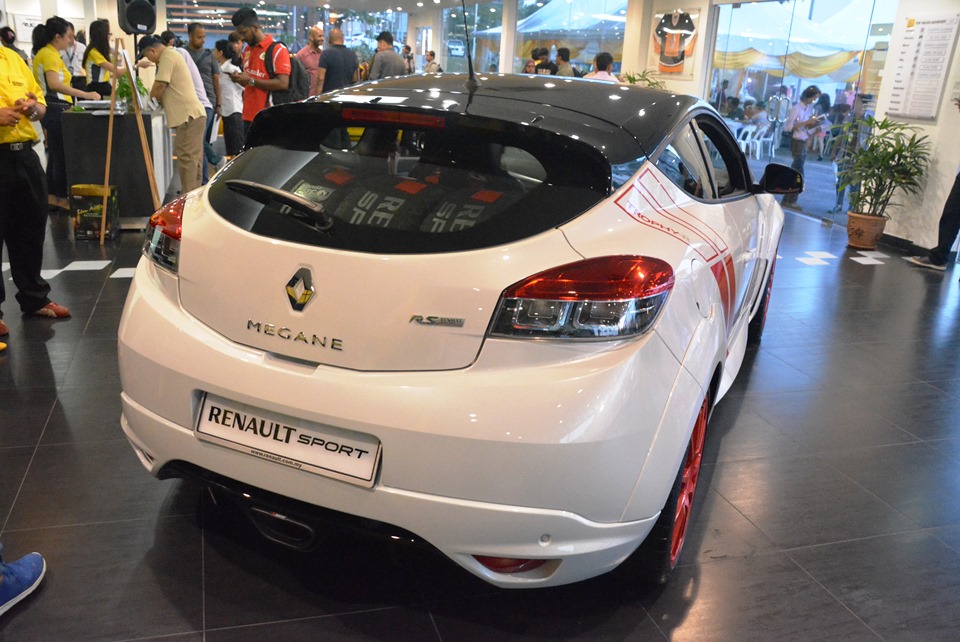 Specially for the Malaysian market, Renault has also thrown in the otherwise optional ‘Nurburgring Pack’ accessories package as standard. The pack consists of enlarged (from 340 to 350mm) disc brakes that weigh 3kg less than the standard items, lithium-ion battery to slash 16kg of weight, two Sabelt safety harnesses, four spare wheel covers, and a retaining strap. The rear seats are removed, meaning you can carry an extra set of tyres to your Sepang track days.

The new Megane R.S. 265 Cup is priced at RM234,888 on the road with GST without insurance for private registration in Peninsular Malaysia, with the signature Sirius Yellow paint job costing an additional RM7,000 for interested customers. The rarer 275 Trophy R is priced at almost RM300k under the same terms, but all 10 units are already spoken for.