With its fiercest rival, the Mercedes-Benz C-Class, having recently been crowned ‘World Car of the Year’ as well as perennial challenger Audi A4 due for a full model change in short order, pressure is mounting on BMW to keep the 3 Series on top of its game and defend its position as the segment benchmark among premium compact sedans.

Since the original E21 3 Series was launched in 1975, BMW has sold 14 million examples across the world. Currently in its sixth model generation, code named F30, the 3 Series celebrates its 40th anniversary this year and the milestone is appropriately marked by the global introduction of the F30’s mid-cycle facelift, or Life Cycle Impulse (LCI) in BMW-speak. At the moment, updates only apply to the Sedan and Touring variants, with the Gran Turismo continuing as is for now. The M3 will be updated later too; BMW has released a few official pictures of the performance flagship without elaborating on any technical details. 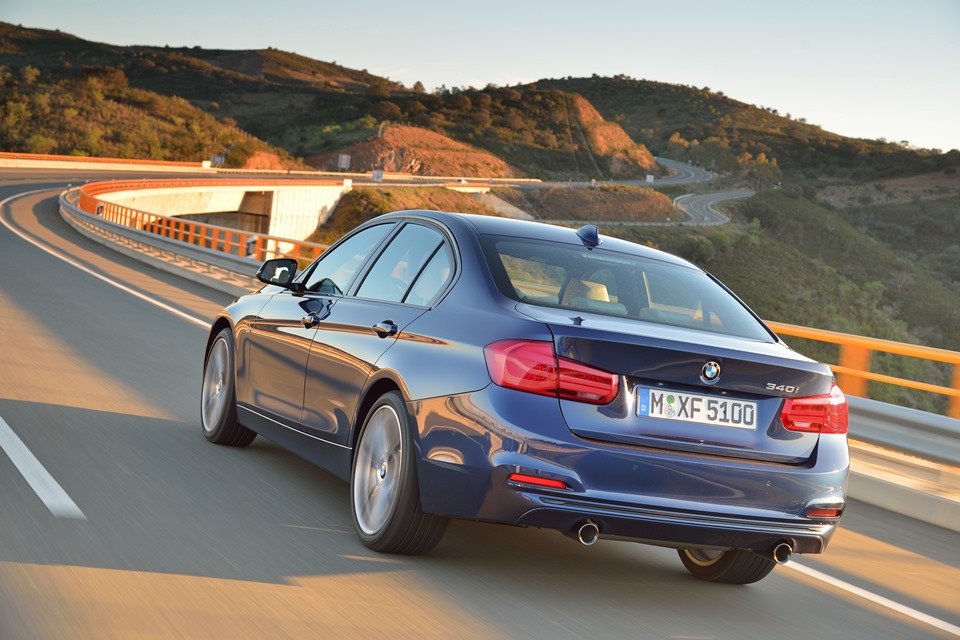 Typical of BMW facelift exercises, the F30 Mk II sports no alterations to its sheet metal. Aesthetic updates are largely limited to reprofiled bumpers and redesigned light clusters. Overall effect of the stylistic revisions are designed to give the 3 Series added visual breadth for a sportier visual stance.

Headlights are upgraded from xenons in the pre-facelift model to LEDs, available as a cost option overseas but likely to be made standard in Malaysia. Camera-based active high beam assist is another option available for ticking. Over at the rear, tail lamps are full LED units as well.

Headlining updates is a whole range of petrol and diesel powerplants from BMW’s new modular b-series engine family. Displacing a standard 500cc per cylinder, the engines sport 1.5-litre 3-cylinder, 2.0-litre 4-cylinder, and 3.0-litre 6-cylinder configurations with outputs ranging from 116 to 326hp. All engines are Euro 6 compliant and boast improved performance and economy over the pre-facelift model.

Kicking off the petrol range is the new 318i, powered by the 1.5-litre b38 3-cylinder turbo. Taking over from the 316i, the 318i registers identical outputs of 136hp and 220Nm, but is over 13 percent cleaner than its 1.6-litre 4-cylinder predecessor, emitting just 119 g/km of carbon dioxide when mated with the 8-speed automatic transmission. 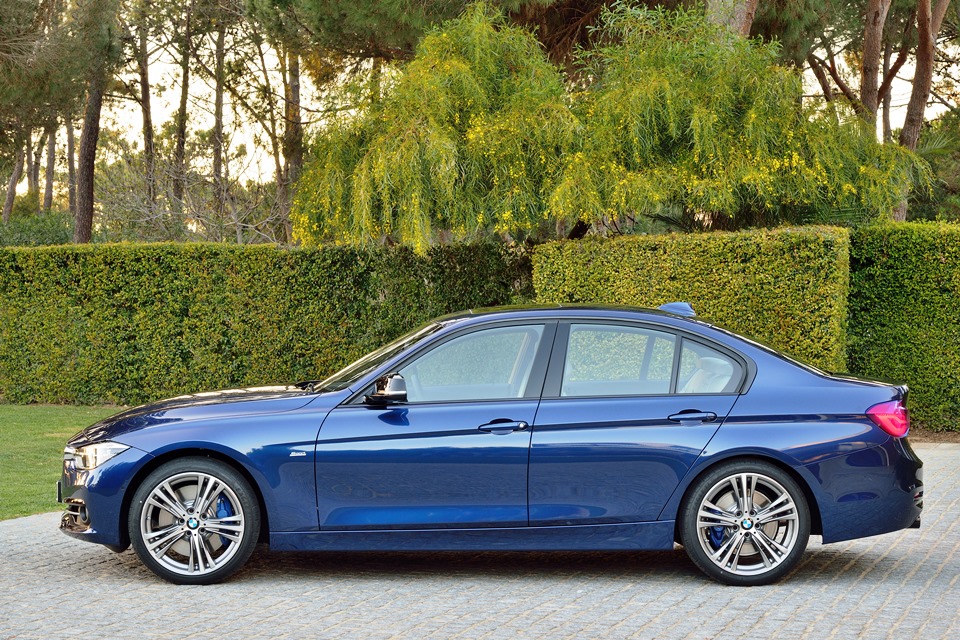 A plug-in hybrid variant, badged as the 330e, will join the range in 2016 combining the efforts of a 184hp 2.0-litre petrol engine with an 80kW electric motor to yield combined outputs of 252hp and 400Nm. Able to hit 100kph from rest in 6.3 seconds and also covering 35km of ground on electric power alone, the 330e has enviable fuel consumption of 2.1 l/100km. Its closest performance comparison in the range, the 325d automatic, needs 6.6 seconds for the century spring and 4.6-4.8 l/100km in the combined cycle. 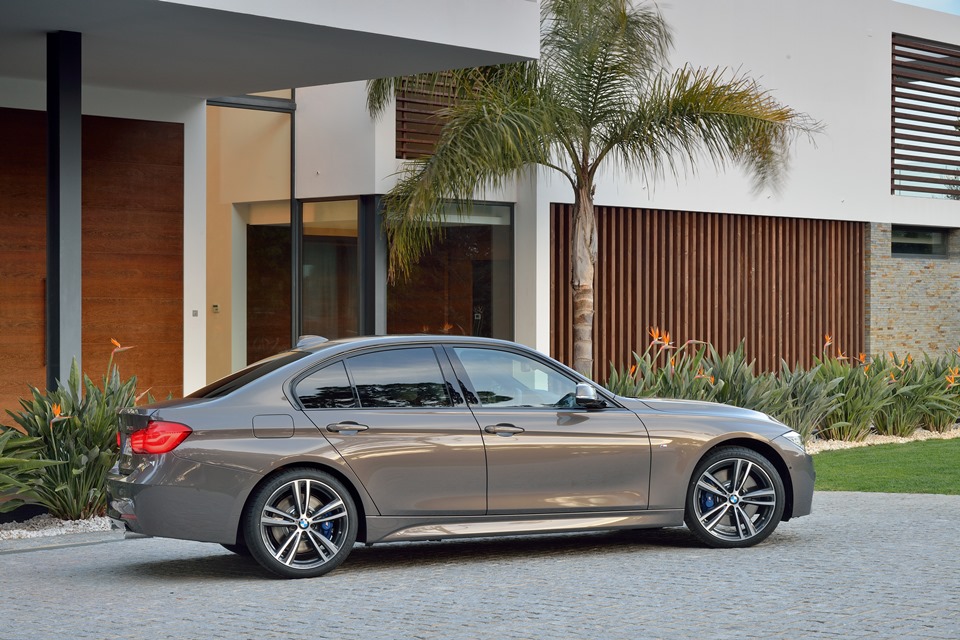 Suitably matching the new engines are updated transmissions consisting of a 6-speed manual and 8-speed automatic. The manual, not typically offered in Malaysia, now comes with rev-matching for smoother shifts, whilst the slushbox had its internals further sharpened for improved efficiency. Also included in the auto transmission control programming is a coasting feature and satellite-aided shifting.

As before, base driveline of the 3 Series sends power astern, except for the 335d, which is fitted with BMW’s xDrive all-wheel drive technology as standard. Other variants, except for the 318i, 316d, 325d, and 320d EfficientDynamics, are optionally offered with xDrive in selected markets.

Ride and handling has traditionally been a stronghold of the 3 Series and BMW is doubly determined to ensure that rivals do not surpass it in this area. To that effect, all three suspension packages – be it standard, adaptive, or M Sport – are stiffened for reduced body roll and, in the case of rear wheel drive models, ride height is dropped by 10mm.