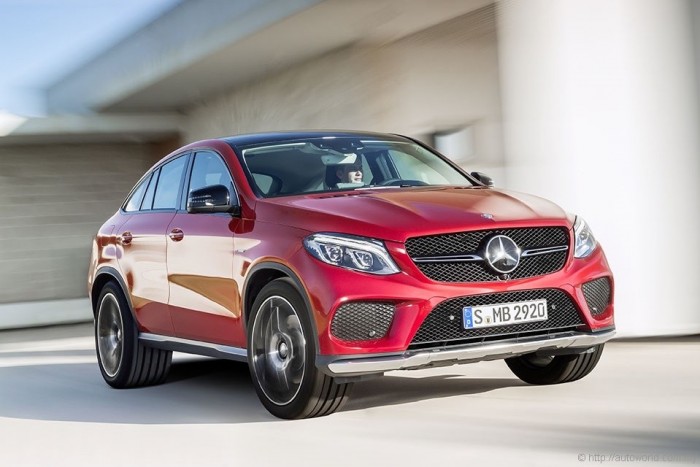 When BMW first launched the X6, many critics poured scorn on a vehicle that was not only awkwardly proportioned, but also which the purpose of its existence seem contrived at best. Dynamism of a coupe meets tall ride height of an SUV – idea seemed laughable at the time, but with the X6 entering its second model generation, it is BMW having the last laugh, all the way to the bank.

They say imitation is the sincerest form of flattery, and you know your product is a winner when your competitors are defined as its challengers – such as the all-new Mercedes-Benz GLE Coupe that is quite clearly being positioned as an outright competitor to the second generation BMW X6. We are now waiting for Audi to join the party with the Q6.

The GLE Coupe’s launch marks the start of a restructured nomenclature system that defines future Mercedes-Benz SUV models. The ladder frame-based G-Class large SUV retains its original designation, but beneath it, the monocoque-based models follow a common formula of adding the alphabets GL behind the passenger car model which it is closely related to. The GLE, for instance, is an E-Class-sized model. A more conventionally-shaped GLE will launch at a later date to compete against the BMW X5.

The GLE Coupe launches with a line-up of three V6 engines, all displacing three litres boosted by turbocharging. All versions get 4Matic all-wheel drive as standard and they are all hooked with Merc’s latest in-house 9G-Tronic automatic transmission. Kicking off the range is the 258hp/620Nm diesel variant carrying the designation GLE 350 d 4Matic.

The petrol engines, meanwhile, benefit from two turbochargers each, churning out 333hp/480Nm in the GLE 400 4Matic and 367hp/520Nm in the GLE 450 AMG 4Matic. The latter variant is the first in a new line of AMG sports models that feature enhanced performance and chassis settings from regular variants, but just short of the all-out brutality by a full-blooded AMG model – the ones with only two digits on their badges.

Added emphasis on the 450’s sportier nature than the 350 and 400 models is that its all-wheel drive system is tuned with a 60% rearward bias, compared to the 50:50 distribution of the other two models. It also comes equipped with a five-mode Dynamic Select system that varies not only engine, transmission, and chassis settings, but also influences cabin ambience by altering the engine’s noise, instrument panel display theme, and internal lighting to reflect the selected driving mood.

Standard suspension of the GLE Coupe as fitted in the 350 and 400 features the use of steel springs paired with amplitude-selective dampers. Air suspension can be optionally specified in conjunction with variable dampers (ADS Plus). Other chassis enhancements fitted include active roll stabilisation working in conjunction with active anti-roll bars on both the front and rear axles.